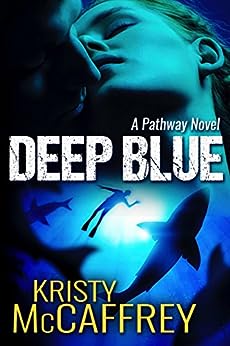 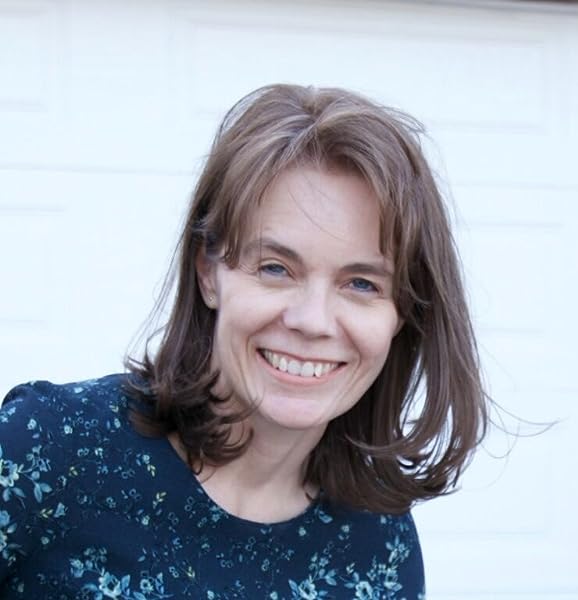 Kristy McCaffrey writes historical western romances brimming with grit and emotion, and in 2018 she will branch out into contemporary adventure stories packed with smoldering romance and spine-tingling suspense. All of her work is filled with compelling heroes, determined heroines, and her trademark mysticism. Life is a wondrous endeavor, and she strives to bring that sense of awe and joy into the tales she weaves, along with in-depth research into settings and time periods. Kristy holds a bachelor's and master's degree in mechanical engineering, but writing has been her passion since she was very young. Her four children are nearly grown and gone, so she and her husband frequently pursue their love of travel to the far corners of the world. Kristy believes life should be lived with curiosity, compassion, and gratitude, and one should never be far from the enthusiasm of a dog. She also likes sleeping-in, eating Mexican food, and doing yoga at home in her pajamas. An Arizona native, she resides in the desert north of Phoenix. Sign up for Kristy's newsletter at http: //kmccaffrey.com/subscribe/ to receive her latest book news as well as subscriber-only content --This text refers to the paperback edition.

4.6 out of 5 stars
4.6 out of 5
123 global ratings
How are ratings calculated?
To calculate the overall star rating and percentage breakdown by star, we don’t use a simple average. Instead, our system considers things like how recent a review is and if the reviewer bought the item on Amazon. It also analyses reviews to verify trustworthiness.

fionahmaguire@yahoo.co.nz
5.0 out of 5 stars Can’t put down read !
Reviewed in Australia on 5 August 2019
Verified Purchase
Fascinating topic with a great dash of romance and bucket loads of a suspense! Can’t wait to read her other books !
Read more
Helpful
Report abuse

As someone whose mother would hide behind the sofa for you coming home from school to scare the bejeezus out of you by singing the Jaws theme tune... Well, you can imagine I’ve had a love/hate relationship with sharks ever since. Childhood trauma for one please! Honestly, it’s a wonder I’m the well-adjusted female you see before you today *snorts*. Oh, the stories I could tell, but I digress...

Romantic suspense is one of my favourite genres to read, (yes, I know I say that about almost every genre I read *rolls eyes* – perils of being an eclectic reader) so I’m always on the lookout for new authors/storylines to sink my teeth into (see what I did there?). And, boy, was this one a doozy. Plus, it’s the start of a new series *happy dances*.

When underwater filmmaker, Alec Galloway, is hired to film a documentary about up and coming marine biologist, Dr Grace Mann, and her work with Great White Sharks, little does he realise that his world is about to be turned upside down.

As the tag line says, this book is sexy and suspenseful – *sings* understatement *snorts*. The author’s attention to detail is evident throughout. Now I know that certain details of Grace’s research and experiences with the sharks were fictionalised, but the writing was such that I wouldn’t have known had the author not detailed this in her note at the end. I would have taken it all for fact, and no doubt repeated it as such in the future, lol. What can I say? I love learning new things.

Yet, sharks of the fish variety are not the sharks that Grace and Alec should be looking out for *mutters*.

As the saying goes, of which Grace and Alec can attest, sometimes you have to let the currents guide your heart. Cheesy, I know, but you know I’m a sap.

katrina polson
5.0 out of 5 stars wowzers
Reviewed in the United Kingdom on 18 January 2021
Verified Purchase
one of the most suspenseful romances i have ever read and that it was based on the water was brilliant,i felt i was there with Grace,Maryjane,Felix and the human crew but Bonnie stole my heart now i cant wait to go to K2 with Ty and Lindsey
Read more
Report abuse

Limousinlass.
5.0 out of 5 stars A Most Enjoyable Read.
Reviewed in the United Kingdom on 2 August 2019
Verified Purchase
I have to say this is not my usual choice in reading material, but it was free & I thought I'd give it a go. Well, I certainly made the correct decision - this book had me enthralled from the beginning. Try it for yourself, you won't be disappointed Im I'm sure.
Read more
Report abuse

Dave1
5.0 out of 5 stars Worth reading.
Reviewed in the United Kingdom on 11 May 2020
Verified Purchase
Good story for fans of the ocean and diving. Keeps you in suspense and very informative about great whites. Recommended. Hopefully the rest of the series is as good.
Read more
Report abuse
See all reviews
Back to top
Get to Know Us
Make Money with Us
Let Us Help You
And don't forget:
© 1996-2021, Amazon.com, Inc. or its affiliates