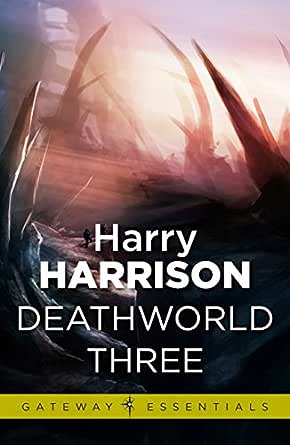 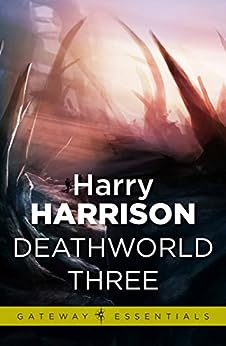 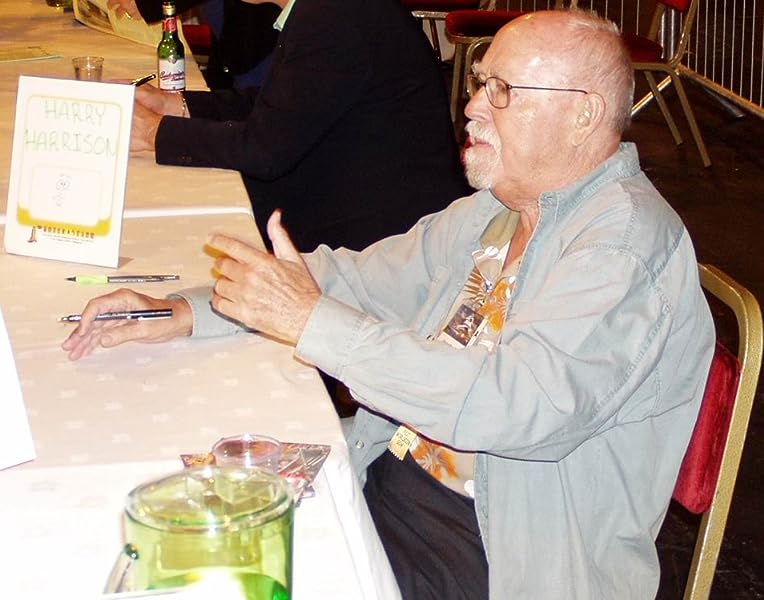 The planet was called Felicity. The name was a joke, except for those compelled to settle there. Inhabiting it were beings bred for thousands of years for a single purpose: to attack and kill.

Jason knew this. But he also knew the planet on which he lived was moving towards certain disaster. And Felicity was the only spot in the universe where he and his companions could survive. He thought he had worked out the perfect plan. But what awaited him on Felicity went far beyond his wildest imagining.

Harry Harrison (1925 - 2012) Harry Harrison was born Henry Maxwell Dempsey in Connecticut, in 1925. He is the author of a number of much-loved series including the Stainless Steel Rat and Bill the Galactic Hero sequences and the Deathworld Trilogy. He is known as a passionate advocate of Esperanto, the most popular of the constructed international languages, which appears in many of his novels. He has been publishing novels for over half a century and is perhaps best known for his seminal novel of overpopulation, Make Room! Make Room!, which was adapted into the cult film Soylent Green. He died in 2012.

Kindle Customer
4.0 out of 5 stars Great condition.
12 March 2019 - Published on Amazon.com
Verified Purchase
I was worried about the condition since it is a rather old book. The story itself was a little weak but still enjoyable. Harrison was a great author. Favorite is the Stainless Steel Rat series.
Read more

Dave H
5.0 out of 5 stars Dave H
28 October 2011 - Published on Amazon.com
Verified Purchase
"Deathworld 3" by Harry Harrison. Kudo's to Harry Harrison, a true genius. The final book in this trilogy is a fitting conclusion to one of the best sci/fi stories I've ever read. Beautiful narrative combined with the vivid imagination and pulse pounding action that seems to follow Jason dinAlt wherever he goes. In league with Kerk and Meta, his fellow warriors, this is a must read for all aficionados of the sci fi genre...a masterpiece!!!
Read more
One person found this helpful

Anthony
3.0 out of 5 stars Awesome tale, flawed presentation
25 December 2011 - Published on Amazon.com
Verified Purchase
I have lost count of the number of times I have read and re-read the three books in this amazing series since I was kid. Of the three books, the parallels to Harrison's other truly great adventure series , The Stainless Steel Rat, are most easily seen here. Jason DinAlt, Meta, Kerk, and Rhys, more in sync than in the first book of the series, wrestle once again with a problem of planetary proportions, gambling their lives for a future they never thought they would live to see. Fast-paced, with a fun balance of ethics and antics, Harrison's form was near its peak in this series. The series rates a 5.

This edition of the work by SF Gateway is terrible however, with no possible effort at even a basic editing pass after an OCR scan of the original. Reduced the rating of this amazing series to a 3 to serve as a caution for potential buyers. Harrison, and this series, not to mention simple pride in one's work and product demand better.

docdirt
4.0 out of 5 stars Four Stars
4 December 2015 - Published on Amazon.com
Verified Purchase
Great Sci-pulp!! Good ending to the Deathworld series
Read more
Go to Amazon.com to see all 10 reviews 4.4 out of 5 stars
Get FREE delivery with Amazon Prime
Prime members enjoy FREE Delivery and exclusive access to movies, TV shows, music, Kindle e-books, Twitch Prime, and more.
> Get Started
Back to top
Get to Know Us
Make Money with Us
Let Us Help You
And don't forget:
© 1996-2020, Amazon.com, Inc. or its affiliates