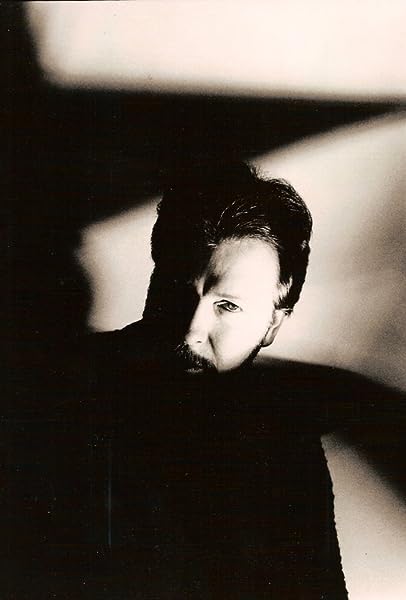 by Michael Slade (Author)
4.0 out of 5 stars 24 ratings
See all formats and editions
Sorry, there was a problem loading this page. Try again.

One man's death is another man's pleasure in national bestselling author Michael Slade's most dazzling novel yet.
Read more
Previous page
Next page

Page 1 of 1 Start overPage 1 of 1
Previous page
Next page
Start reading Death's Door: A Special X Thriller on your Kindle in under a minute.

Criminal lawyer MICHAEL SLADE has acted in over one hundred murder cases. His specialty is the law of insanity. He argued the last death penalty case in Canada’s highest court. Backed by his forensic experience, Slade’s Special X and Wyatt Rook thrillers fuse the genres of police and legal procedure, whodunit and impossible crime, suspense, history, and horror. Slade was guest of honor at both the Bloody Words crime convention and the World Horror Convention. As Time Out puts it, “A thin line separates crime and horror, and in Michael Slade’s thrillers, the demarcation vanishes altogether.” Slade was guest speaker at the international Police Leadership Conference and several RCMP regimental dinners. As Reader’s Digest puts it, “The Slade books have developed a strong following among police officers because of their strict adherence to proper police procedure.” For the stories behind his plots, visit Slade’s Morgue at www.specialx.net.

Brian C
3.0 out of 5 stars Consistent form for MIchael Slade
Reviewed in the United Kingdom on 4 August 2021
Verified Purchase
I first encountered Michael Slade on holiday, when I read a copy of "Ghoul" that had been left in my hotel by a previous guest. It took me a while to get into but the twist at the end got me interested enough to find other books by Slade.

I have to say that none of the others have had that same "Wooaaahhh" factor - not that they're badly written, quite the contrary, they just suffer from largely similar plotlines (imho). I've heard it said tat Slade works on 3 levels - psychological thriller, horror story and police procedural and all three of these themes are in "Death's Door". But the story rambles along, most of the villains are denoted by similar-styled nicknames (and, as usual, you only get to know which of the other, fleshed-out characters are, in fact, these bad guys as the story progresses.

After a good half-dozen books, I'm starting to find the police procedure a little over-familiar - it's often copied & pasted from one book to the next. Michael, I don't need to have the history and theory of DeClerque's "murder wall" display rolled out in *every* novel, give your readers some credit that they'll either already know it or will seek out other novels where they'll find it out!

I also think Slade has got onto an ascending spiral of brutality for his killings in his novels. It's as if each book attempts to out-gross the previous one in terms of how victims are killed, how undeserving they are of such cruelty and how much mess it causes. It's getting rather stale and it has certainly lost its power to shock a long time ago.

But, having apparently trashed the whole thing, I do have to say that, if you're not a regular follower of Slade, it's still a good read. He writes clearly and dramatically, the narrative rattles along and there's a satisfying conclusion. I enjoyed it for what it is. If you haven't read anything else by this author, you might find the whole thing fascinating. If you are, then you'll be on familiar territory and maybe, unlike me, you feel comfortable there, so knock yourself out. Me, I think I'll be taking a break for a few years before revisiting Mr Slade again.
Read more
Report abuse

Stephen Murden
5.0 out of 5 stars A good read
Reviewed in the United Kingdom on 31 August 2018
Verified Purchase
A good read not overly relaint on having read over books in the series
Read more
Report abuse

SHAUN DAVIDSON
5.0 out of 5 stars Five Stars
Reviewed in the United Kingdom on 2 October 2014
Verified Purchase
Brilliant book Slade is a master of thrills give it a shot
Read more
Report abuse

Kimball Quigley
5.0 out of 5 stars Five Stars
Reviewed in Canada on 9 August 2015
Verified Purchase
A typically good, week-researched effort for Michael Slade.
Read more
Report abuse
See all reviews
Back to top
Get to Know Us
Make Money with Us
Let Us Help You
And don't forget:
© 1996-2022, Amazon.com, Inc. or its affiliates