Deathless Divide: The sequel to Dread Nation and over 1.5 million other books are available for Amazon Kindle . Learn more
Share <Embed> 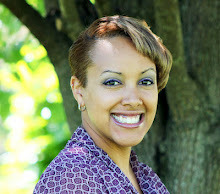 Page 1 of 1 Start overPage 1 of 1
This shopping feature will continue to load items when the Enter key is pressed. In order to navigate out of this carousel please use your heading shortcut key to navigate to the next or previous heading.
Back
Next
Start reading Deathless Divide: The sequel to Dread Nation on your Kindle in under a minute.

Justina Ireland is the New York Times bestselling author of Promise of Shadows, Vengeance Bound and the Devil's Pass series. An active figure in the YA community, she has an MFA in Writing for Children and Young Adults from Hamline University and started a database for sensitivity readers at Writing in the Margins. She has 19.2k Twitter followers and lives with her husband and child in Pennsylvania

4.6 out of 5 stars
4.6 out of 5
43 global ratings
How are ratings calculated?
To calculate the overall star rating and percentage breakdown by star, we don’t use a simple average. Instead, our system considers things like how recent a review is and if the reviewer bought the item on Amazon. It also analyses reviews to verify trustworthiness.

Fantasy Geek
5.0 out of 5 stars Spectacular 2nd book
Reviewed in the United Kingdom on 5 February 2020
Verified Purchase
This is the follow up to dread nation, set in a America after a American civil that ended with the rising of the dead now in America, north and south, decimated by the undead with settlements falling one by one to the Hordes , when a group of undead gather in a swarm, people of colour are forcibly taken to combat schools to learn how to combat the undead at least that was the state of affairs in the first book things have become ever more chaotic in the 2nd with systems breaking down even more as the undead expand into areas such as California where they hadn’t previously had a foothold not to mention that even in the midst of the zombie apocalypse the biggest danger is still people being people.

Following characters from the first book graduates of miss prestons school of combat for coloured ladies this book is a continuation of the storylines from book one don’t try to jump in here.

This is a darker book then the first stakes are higher and the cost of living in a world such as this takes its toll more and more things don’t become completely unbearable for the reader because unlike book one Katherine is now a POV character sharing every other chapter with Jane both are likeable characters while being quite different, Jane is still personable and quite likeable even as the events of the series push her in a darker direction with events always out to break her heart while Katherine a more traditional “Southern lady “who is proud of her black heritage in a world that would treat her as being white if she was willing to pretend and forsake her parentage the bond between her and Jane becomes one of the strongest parts of the novel even as everyone else betrays Jane in one way or another.

Fast paced, heart breaking Characters and while obviously not a historically accurate novel in regards to there being a undead rising the author has done a lot of research in giving the book the feel of the period racism is a big part of the book but the author makes her point without being preachy the first book was impressive the 2nd is spectacular.

Charlotte
5.0 out of 5 stars A fantastic sequel
Reviewed in the United Kingdom on 23 September 2020
Verified Purchase
Dread Nation quickly became a new favourite for me, and ever since finishing it I was dying to get to Deathless Divide. Due to the nature of my reading habits, it took me a few months to get to it, but oh my god it was worth the wait. It would have been worth diving into immediately after book one, too, but it was so good I don’t even care that it took me a while. I had no idea what to expect going into it - other than it would be well written with some fantastic characters - because the blurb only mentions Jane’s desire to get to California, but it did not disappoint.

There were so many things I loved about this book, much like the first book. Once again, Jane is an increible main character, but this time she shares the spotlight with Katherine. I actually really enjoyed the dual POV because it gave us more background to Katherine after she established herself as a force to be reckoned with in Dread Nation. I felt that she balanced Jane’s stubbornness and urge to physically tackle problems nicely, offering a more level-headed and carefully cunning aspect. It also shed light on their developing friendship and all the ups and downs they face, but it also just helped to develop Katherine. She’s a really interesting character, it turns out, and she’s full of nuances and little things that make her - much like Jane - feel so real and human and really jump off the page.

The tone of this is also much, much more fitting for a horror novel than Dread Nation. Not to say that that’s soft and full of joy and happiness, because it’s not. Deathless Divide amps things up and really goes to a dark place. Jane and Katherine face a lot more hardships and their exhaustion, exasperation, and general attitude of being done with the world and everyone in it is a lot more apparent. Especially as we enter the second half of the book. I really enjoyed the shift in tone, it was bleak, depressing, gritty, yet still managed to contain a tiny spark of hope that the girls nursed in their own unique ways. The way that they reacted to their setting, too, was really well done and a testament to Ireland’s talent as an author. Both Jane and Katherine continued to feel realistic and yet entirely separate and full of their own agency, but their stories intertwined flawlessly.

I also really liked how the plot and characters were mirrored - a physical journey across the country as well as internal ones for both Jane and Katherine. All the new characters and settings fell right into place as we followed the girls, and I loved seeing the diversity across the cast. Ireland set out to give Black Americans a place in history with Deathless Divide and she certainly managed it. This is a fantastic sequel that I could rave about for hours - but I'll save you the spoilers and just implore you to read it instead.
Read more
Report abuse

Amazon Customer
5.0 out of 5 stars Great ending to zombie-western duology.
Reviewed in the United Kingdom on 9 June 2020
Verified Purchase
I binge-read both books in this series in two days. They’re unputdownable! This books follows Jane and Katherine isn’t their trials across American states for safety after the fall of Summertown.

This was a great follow-up to the first, it didn’t go where you expect it would and in this book you get Katherine’s POV for every other chapter, which I liked. You really get to see how the characters change and develop.

This book really shows the systemic racism and horrendous persecution that black people faced during slavery and continued to face after it was abolished (and still do).

Even though it’s a fictional book about zombies, it’s an important book to read as it has historical aspects of what life was like then for black people and it also has great lgbtq representation, where it’s not just background characters either.
Read more
Report abuse

ReadDreamLive
5.0 out of 5 stars Perfect sequel!
Reviewed in the United Kingdom on 13 June 2020
Verified Purchase
I absolutely loved this book! I was a huge fan of the first one and the sequel didn't disappoint. It was fierce and action packed whilst also battling the topic of racism. It was a truly stunning read. It was worth reading for Jane and Katherine's friendship alone.
Read more

5.0 out of 5 stars Perfect sequel!
Reviewed in the United Kingdom on 13 June 2020
I absolutely loved this book! I was a huge fan of the first one and the sequel didn't disappoint. It was fierce and action packed whilst also battling the topic of racism. It was a truly stunning read. It was worth reading for Jane and Katherine's friendship alone.
Images in this review

Kindle Customer
5.0 out of 5 stars 'Bloody' brilliant
Reviewed in the United Kingdom on 11 July 2020
Verified Purchase
The first book is good - the 2nd is better.
The story feels like the author has gotten into her stride and the prose is more natural, the characters engaging and it ensnared me from beginning to end.
Justina Ireland is definitely an author to look out for in the future I think.