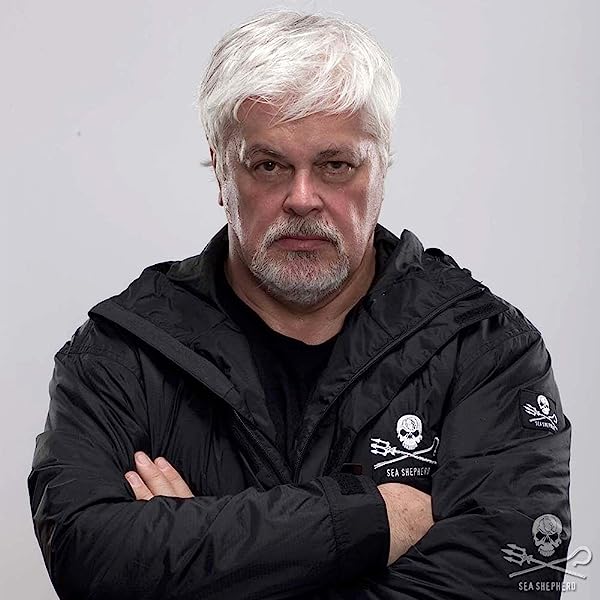 Death of a Whale: The Challenge of Anti-Whaling Activists and Indigenous Rights Paperback – 25 June 2021

by Captain Paul Watson (Author)
5.0 out of 5 stars 1 rating
See all formats and editions
Sorry, there was a problem loading this page. Try again.

A fascinating narrative about a historic dispute involving cultural entitlement, the sovereignty of whales, and international whaling agreements. This compelling, in-depth account documents how Sea Shepherd Conservation Society fights to defend and protect whales and other aquatic marine mammals from human predators who hunt and murder then under the false pretense of Indigenous rights. In the process of discharging its duties, the organization has created global enemies and allies and, by necessity, has put its staff and vessels in harm's way.

Reading like an electrifying adventure tale, this true-life logbook reveals how members of one community, the Makah (located on Washington's Olympic peninsula), attempted to circumvent international whaling laws by invoking outmoded cultural entitlements for the sole purpose of killing, rather than for sustenance or survival. Tribal members, conservationists, and non-Indigenous Americans representing disparate points of view on the cultural appropriation of whaling rights contributed to the highly charged atmosphere of this incident.

Supremely detailed and documented, this narrative replays the events as they unfolded. Throughout, Captain Watson’s deep respect for Indigenous traditions and rights never waver, even when they conflict with his own devotion to the sovereignty of whales.

Captain Paul Watson is a Canadian/American marine conservation environmentalist. A direct descendent of Chief Henri Membertou (1490-1560) of the Mi?kmaq First Nations, Captain Watson was born in Toronto and raised in the fishing community of St. Andrews-by-The Sea, New Brunswick. One of the founding members and directors of Greenpeace, in 1977 he left Greenpeace and founded Sea Shepherd Conservation Society. He later became familiar to the public through Animal Planet?s television show Whale Wars. he has received the Genesis Award for Lifetime Achievement; was named one of the top 20 Environmental Heroes of the 20th Century by Time Magazine; inducted into the U.S. Animal Rights Hall of Fame in Washington D.C.; and awarded the Amazon Peace Prize by the president of Ecuador. In 2012 he became only the second person after Captain Jacques Cousteau to be awarded the Jules Verne Award which dedicated to environmentalists and adventurers. In 2019 he was awarded a commendation from Governor Ned Lamont from the State of Connecticut for ?50 years as an environmental conservation activist.? He is the author or coauthor of over a dozen books on his life as an activist, the environment, and Sea Shepherd?s numerous campaigns to defend marine wildlife. His most recent release coauthored with Tiffany Humphrey is Orcapedia: A Guide to the Victims of the International Orca Slave Trade (GroundSwell Books, 2020).
Start reading Death of A Whale on your Kindle in under a minute.

Amazon Customer
5.0 out of 5 stars Paul Watson .... a true hero, sharing awareness and wisdom to us all
Reviewed in the United States on 20 October 2021
Verified Purchase
Suggest this book for anyone interested in protecting our oceans and whales - and their food chain and health of our ocean waters. This book opens our eyes to the gross negligence shown by our leaders throughout the world. Sea Shepard Society is tirelessly working to save the world's whales. Thank you Paul Watson!
Read more
Report abuse
See all reviews
Back to top
Get to Know Us
Make Money with Us
Let Us Help You
And don't forget:
© 1996-2022, Amazon.com, Inc. or its affiliates