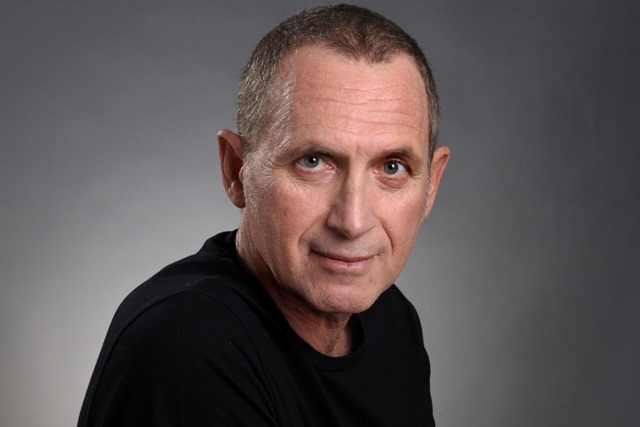 by Yigal Zur (Author)
4.0 out of 5 stars 16 ratings
See all formats and editions
Sorry, there was a problem loading this page. Try again.

Page 1 of 1 Start overPage 1 of 1
Previous page
Next page
Start reading Death in Shangri-La (A Dotan Naor Thriller Book 1) on your Kindle in under a minute.

"Death in Shangri-la is an action-packed thriller whose complex characters grab hold of the reader hurtling them toward a fast, furious, and pulse-pounding finale." -- John Lansing, best-selling author of the Jack Bertolino series

"At its core, this is a powerfully told detective story set in one of the most beautiful and deadly places on earth. Yigal Zur's new Dotan Naor series is off to a strong start with this intense, politically conscious thriller." -- Foreword Reviews

"Dotan Naor is a character Steve McQueen would have fought to play: tough but insightful, ruthless but spiritually striving. Death in Shangri-La is a passport to a world most thriller readers haven't seen before, and it's a fascinating trip." -- Joseph Finder, New York Times best-selling author

"On its surface, Death in Shangri-La is a whodunit, a detective tale of a man who goes to India in search of his best friend's killer. But at its core lies a story about love, spiritual angst, and the search for inner enlightenment and understanding--with a surprising and deeply satisfying ending. Yigal Zur is a talent, and Dotan Naor is a character who deserves to return in future adventures." -- Alan Jacobson, USA Today best-selling author

"The characters are complex, and the plot is fast paced, but the author also uses the exotic locale to good advantage, with image-rich language sure to be savored by readers who enjoy setting as much as story. Real-life flavor with appeal for fans of Daniel Silva." -- Booklist

"This one is a tug of war, with a tempest of emotion, set in some of the world's most exotic locales. It's raw and authentic, with finely faceted characters and a plot that never strikes a fake note. Unbeatable entertainment." -- Steve Berry, New York Times best-selling author

Yigal Zur is an Israeli writer, journalist, television host, and tour guide. He served in the military, spending time on the front lines in the Golan Heights during the 1973 Yom Kippur War. He is the only Israeli journalist ever to be embedded with the US Army in action during Desert Storm. Zur attended L'Ecole Internationale de Theatre Jacques Lecoq, Paris, and Beit Zvi School of Performing Arts, and he is a graduate of Tel Aviv University. He lives in Jaffa, Israel, and travels extensively. He is the author of several travel books and novels. Passport to Deat is the second of the Dotan Naor books to be translated from the Hebrew by Sara Kitai.

Kylie D
TOP 100 REVIEWER
4.0 out of 5 stars An Intriguing Thriller
Reviewed in Australia on 4 January 2019
What happens when a spiritual journey turns deadly? Israeli youths, travelling to the Himalayan area of India are being targeted by terrorists. Israeli PI Dotan Naor travels with beautiful Mossad agent Maya to get to the bottom of terrorist attacks. Dotan's friend Willy, an unscrupulous arms dealer, has been murdered in Delhi while looking for his son, who has gone to an ashram in the Himalayas. While others have been killed outright in surprise attacks, some taken hostage, Dotan and Maya find their work cut out for them as they chase the culprits down.
An intriguing thriller, set in an amazing part of the world, Death In Shangri-La is part spy novel, part social commentary, with a splash of romance thrown in for good measure. Author Yigul Zur has excelled with this well-researched novel and obviously knows his topic inside out. I enjoyed this book immensely, read it in one sitting, and wouldn't hesitate to read more work from this author. I recommend this book to all lovers of action and adventure novels.
My thanks to the author Yigal Zur for a digital copy to read and review. The opinions are entirely my own.
Read more
Helpful
Report abuse
See all reviews

Neil
4.0 out of 5 stars Different and informative.
Reviewed in the United Kingdom on 14 May 2021
Verified Purchase
An interesting and educational novel about Israelis abroad. The crime story is also very well written.
Read more
Report abuse

Jean
3.0 out of 5 stars A trip to India
Reviewed in the United States on 10 December 2019
Verified Purchase
This is book one of a series about Dolan Naor, an ex-Israeli operative turned private investigator. Naor is hired to find his client’s son. The hunt takes him to Northern India and the Himalayas. Our protagonist inadvertently finds himself caught up in India’s internal problems between Hindus and Moslems. The author includes information about the culture of the area as well as an excellent travelogue. The book is well written and is action-packed. I just could not put the book down. Good thing it was only 264 pages.

I read this as an e-book downloaded to my Kindle app on my iPad from Amazon. The book is 264 pages. The book was published on August 1, 2018 and was published in English by Oceanview Publisher. The author, Yigal Zur, is an Israeli author.
Read more
2 people found this helpful
Report abuse

triskaidekaphilia
5.0 out of 5 stars A page turner
Reviewed in the United States on 22 February 2019
Verified Purchase
I thoroughly enjoyed Death in Shangri-La, although it was very different from what I expected. Certainly there was action and intrigue, but there was also meditation on the state of India’s internal struggles between Hindus and Moslems and the state of Israel’s disaffected young, as well as a healthy dose of mysticism.

I enjoy reading popular fiction written by writers from a culture not my own. Arnaldur Indriðason, Natsuo Kirino, Stieg Larsson, Jo Nesbø and others come to mind as writers whose works not only tell a good (or maybe not so good) story, but also inform the reader about the culture of the writer, either overtly or subtly. I’ll now add Mr. Zur to that list, and I certainly look forward to reading his other novels when they become available in English.
Read more
2 people found this helpful
Report abuse

Ronald S. Barak
5.0 out of 5 stars A Grand Tale!
Reviewed in the United States on 16 August 2018
Verified Purchase
In DEATH IN SHANGRI-LA, Israeli author Yigal Zur has written a grand tale of epic proportions. He covers all of the bases, and he does it incredibly well. It's a who-dunnit and a why-dunnit crime story. It's a geopolitical thriller. It's a tender love story. It's an incredible travelogue full of well developed characters and one rich scene after another. If you haven't traveled India, Kazimir, Tibet or the Himalayas, Mr. Zur will have you pining to catch the next plane out--with his terrific tour guide and protagonist, Dotan Nayor. Give yourself a treat with this great read.
Read more
2 people found this helpful
Report abuse

Haim Finkelstein
5.0 out of 5 stars A wonderfully satisfying novel
Reviewed in the United States on 24 November 2018
Verified Purchase
I would have been very happy with this novel, had it been merely the exciting thriller that it is. It is a fast-paced suspenseful tale, unrolling around the story of a mysterious disappearance of a young Israeli in an unknown ashram in India and the efforts of Dotan Naor, the hard-boiled ex-security agency operative, to find him. The search, narrated by Naor, taking us from one exotic locale to another – from Delhi to Northern India and the Kashmir Valley – is interspersed with chapters given from an omniscient narrator's point of view describing the attacks by terrorists against Israelis in Northern India. And this is yet another fully satisfying dimension that is added to this tale – that of a political thriller that touches on issues of illegal arms deals and political terrorism (both Islamic and Tibetan). The influx of thousands of young Israelis into India following their army service, in search of enlightenment, spirituality, exoticism or free drugs, is told by an author who possesses an intimate knowledge of this scene. Yigal Zur crossed and re-crossed India over more than three decades, as a tour guide and on his own, and he opens for the reader a window into some of the hidden corners of India, providing an insightful perspective on Hindu and Buddhist mores, beliefs and philosophy. So we get in some 260 pages a thrilling and suspenseful detective story, romance (let's not forget the alluring security agent Maya who accompanies our hero on his search), a political thriller, and a spiritual quest. All in all, a wonderfully satisfying novel.
Read more
One person found this helpful
Report abuse
See all reviews
Back to top
Get to Know Us
Make Money with Us
Let Us Help You
And don't forget:
© 1996-2021, Amazon.com, Inc. or its affiliates