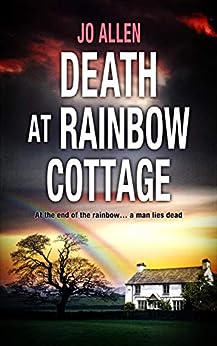 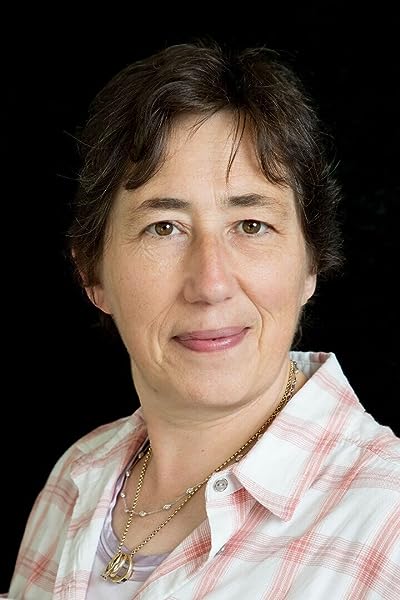 marnie | once upon a time book reviews
TOP 50 REVIEWER
5.0 out of 5 stars A great addition to the series
Reviewed in Australia on 19 February 2021
Death at Rainbow Cottage with its December 2020 release, had been a six month long wait between drinks from when the third instalment came out. It was great to be transported back to Cumbria in this fourth instalment catching up with DCI Jude Satterthwaite again, as he becomes embroiled in this latest case.

We all dream of finding that pot of gold at the end of the rainbow. Unfortunately for our first victim, all he found is his demise. But what did our killer get from this? We follow DCI Jude Satterthwaite as he works to solve the mystery, find the killer and at the same time deal with a hostile new boss and protect his colleagues and friends from a looming threat.

Jude is such a complex and flawed character and with each book, another layer is peeled back and the reader is given more insight into him. Jo Allen concentrates a lot more on his personal relationships this time around but, this did not detract from the mystery for me.

I love the ease of Jo Allen’s style which always makes reading her books such an enjoyable experience. She does such a fabulous job at pulling you into this world that she has created, which has you experiencing it as the characters do and Death at Rainbow Cottage is no exception.

Some reviewers say that this series can be read as standalone but, in this instance, I respectfully disagree and think by reading it in order does it best justice. There is a lot of character development etc that you benefit from by reading it from the start. Also if you don’t, you will be missing out on three great reads.

Death at Rainbow Cottage is another gripping tale and one that compliments the rest of the series well. Not as dark as some of my other reads, which sometimes I need a break from, it satisfied my craving for a good mystery and delivered in spades. Another great read from Jo Allen and I will be looking forward to the next one. It was a pleasure to read and review Death at Rainbow Cottage, which I highly recommend.
Read more
Helpful
Report abuse
See all reviews

Anne Stenhouse
4.0 out of 5 stars It's not always gold at the end of the rainbow.
Reviewed in the United Kingdom on 1 January 2021
Verified Purchase
Jo Allen's fourth book in the DCI Satterthwaite series of crime novels set in the Lakes, was a gripping read. Natalie finds a body in a spot favoured by gay couples and, as the team sets off on its investigation, the glaringly obvious serves to obscure the truth. Allen intensifies the personal problems faced by her team and weaves them through the investigation to impact on their decisions, their choices and their lives. While it may seem that the victims were in the wrong place at the wrong time, nothing is random in this story. Even your good works, Allen might be suggesting, can contain the seeds of your downfall. Happiness is a state not easily earned and perhaps very hard to hold onto. Anne Stenhouse
Read more
One person found this helpful
Report abuse

Marjorette
4.0 out of 5 stars Page-turning
Reviewed in the United Kingdom on 1 January 2021
Verified Purchase
Another page-turning (or Kindle equivalent) outing for DCE Jude Satterthwaite and his colleagues. Cumbria is a beautiful place but ugly things happen there too. A series of random killings begin with one on a lonely road and then come ever closer ... into town and into the heart of the investigation. Jude's personal life is light and shade too and the arrival of a new boss unsettles his relationship with his colleague Ashleigh O'Halloran. More please.
Read more
Report abuse

Pol583
5.0 out of 5 stars Couldn't put it down...
Reviewed in the United Kingdom on 19 February 2021
Verified Purchase
I loved this book - such well-drawn characters and a plot that pulled me in after just a few pages. I did not realise it was one of a series as it works beautifully as a standalone. I will definitely be reading the others now.
Read more
One person found this helpful
Report abuse

A Reader
5.0 out of 5 stars Another excellent Lake District whodunnit
Reviewed in the United Kingdom on 30 January 2021
Verified Purchase
Really enjoying this series. Long may it continue.
Read more
Report abuse
See all reviews
Back to top
Get to Know Us
Make Money with Us
Let Us Help You
And don't forget:
© 1996-2021, Amazon.com, Inc. or its affiliates