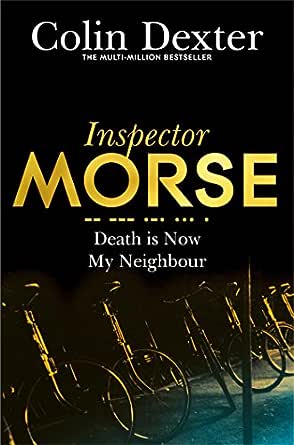 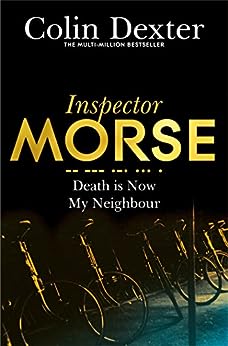 'For those who already adore this quixotic, uniquely compassionate character, this is the best ever.' Author: Mail on Sunday

'Dexter has created a giant among fictional characters and has never short-changed his readers.' Author: The Times

'For those who already adore this quixotic, uniquely compassionate character, this is the best ever.' (Mail on Sunday)

'Dexter has created a giant among fictional characters and has never short-changed his readers.' (The Times)

Mindo'ermatter
4.0 out of 5 stars The Beginning of Morse's End!
5 August 2019 - Published on Amazon.com
Verified Purchase
The mystery of Morse's own mortality becomes a reality amid shocking inhumanities amid Oxford's otherwise languid existence.

Lewis takes on a stronger role as Morse's limitations begin to affect his everyday life. The storyline portrays the challenges faced by the aging constabulary who struggle for their respective and dignity.

The murder takes a lesser part of this novel as old friends just keep getting older. Perhaps the reality of Colin Dexter's own mortality and struggle with diabetes influenced the tone of this penultimate installment. Although I enjoyed it thoroughly, the looming shadow of Morse's ultimate demise overwhelms the other stories told.

W. Bechem
5.0 out of 5 stars Morse and Lewis: Front and Center
11 July 2018 - Published on Amazon.com
Verified Purchase
I reading through Dexter's Inspector Morse books: this has been my favorite so far. The mystery is okay; what really matters is the relationship between Morse and Lewis. It is front and center here. Mrs. Lewis tells her husband that Morse doesn't care about anyone and Lewis replies 'He cares about me. I'm the only person he cares about." At the end of the story, Morse sends Lewis a postcard and signs it with his full name.
Read more
7 people found this helpful

blewis
5.0 out of 5 stars Oxford',s Finest
6 July 2018 - Published on Amazon.com
Verified Purchase
Being addicted to all the Morse, Lewis, and Endeavor Masterpiece Theatre series, I was excited to see the book available. And I was not disappointed! I thoroughly enjoyed this story from the quotes beginning each chapter to the lovingly barbed exchanges between Morse and, well, everyone. The characters are wonderfully drawn and the plot is deliciously crafted. Put quite simply, I loved it.
Read more
5 people found this helpful

Vivek Hurry
5.0 out of 5 stars Quite Extraordinarily Good
12 July 2015 - Published on Amazon.com
Verified Purchase
I'd heard of Inspector Morse before this, but I hadn't even seen an episode of the eponymous TV series, much less read a book featuring him. It was therefore a treat to encounter this curiously human Inspector for the first time.

Dexter's writing is erudite bordering on pedantic (much like Morse) but never tipping over into tiresome. Replete with obscure quotations and allusions to the Classics, it nonetheless is a fun read as Dexter often seems to be poking affectionate fun at these pedestals of glory.

The mystery itself is crisp and thoroughly satisfying though its telling is part thriller, part gentle ramble and part completely classical whodunnit expatiation.

But crikey, this means here's another series to hook me!
Read more
7 people found this helpful

Leeanne
5.0 out of 5 stars A Very Enjoyable Read
7 July 2015 - Published on Amazon.com
Verified Purchase
In the past 38 years I have watched the entire 32 episodes of Inspector Morse at least 4 times. But I have not read the books they were based on until this one.

This book was immediately recognize able as the one where two Oxford dons are running for college master.

It is very well written full of interesting words and Latin phrases and is very similar to the PBS tv shows.

Having read the book, I am even more impressed by the performance of John Thaw and Kevin Whately in the films. Overall an excellent book.
Read more
8 people found this helpful
Go to Amazon.com to see all 133 reviews 4.4 out of 5 stars
Get FREE delivery with Amazon Prime
Prime members enjoy FREE Delivery and exclusive access to movies, TV shows, music, Kindle e-books, Twitch Prime, and more.
> Get Started
Back to top
Get to Know Us
Make Money with Us
Let Us Help You
And don't forget:
© 1996-2020, Amazon.com, Inc. or its affiliates