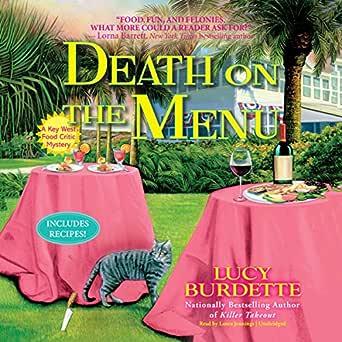 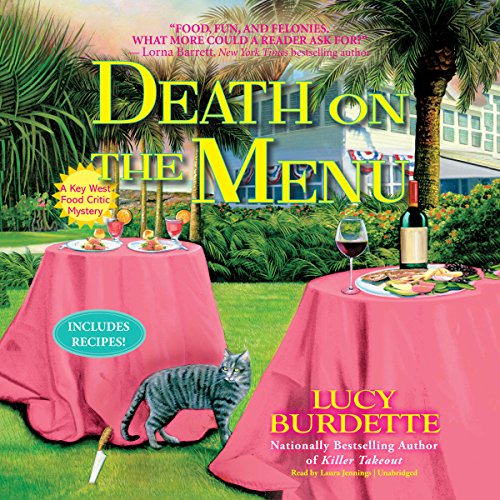 cartoon
5.0 out of 5 stars they are back !
Reviewed in the United Kingdom on 17 August 2020
Verified Purchase
I had forgotten what a fabulous writer Lucy was. This is a great read , perfect for a lock down afternoon and brimming with Florida memories. Lucy so intelligently manages to capture the Cuba immigrant issues, food heaven and a light fun caper all at once. Delightful. Her knowledge about food , tarot and Hemmingway is brilliant. Hayley Snow is my heroine. I shall toast this novel when I make the mojito cocktail tonight !
Read more
Report abuse

Paula
3.0 out of 5 stars Preposterous.....
Reviewed in the United States on 20 August 2018
Verified Purchase
I have really enjoyed all of the books in this series, but this one is not even in the realm of possibility. I find it hard to believe that a brand new, fledgling catering company would be hired for an event of this significance with people like former President Obama in attendance. THEN add the crime that occurs in a locale swarming with Secret service, other security, police etc....just no. I am trying to decide if part of the reason I am not nuts about this book is because the subject matter is a bit heavier than I care to ponder when reading a cozy. I am only 40% finished and just may have to stop reading. I suggest starting with the earlier books in this series....they are way more fun.
Read more
6 people found this helpful
Report abuse

DebbieL
1.0 out of 5 stars Can I Get My Money Back???
Reviewed in the United States on 21 October 2019
Verified Purchase
I’ve always enjoyed this series for its lightheartedness. This is nothing more than political commentary on Cuba, immigration and fawning over President Obama, the last thing I’d expect from this series, not interested in any of these topics if I’m reading a cozy. I stopped after 6 chapters, no thank you.
Read more
6 people found this helpful
Report abuse

Mackie's mommy
2.0 out of 5 stars Disappointing comeback to this series
Reviewed in the United States on 18 February 2019
Verified Purchase
I was excited when I saw that after a gap in this series, there was another addition. However, quickly upon starting it I became disappointed in the series that I loved because of the quirky Key West characters and description of the town. Pretty much it's a political book about Cuba and American relations. Also, it is completely unbelievable that her mother, who is new to the Key West community, would be able to book a huge catering gig with Cuban politicians and former President Obama. I know this is fiction, but come one. I missed the food critic side of this series, the strangeness that the regular Key West characters added, and the feel of Florida. I may read the next in hopes that it returns to it's roots....
Read more
4 people found this helpful
Report abuse

Pamela R Mitchell
5.0 out of 5 stars Wonderful Key West Food Critic Mystery
Reviewed in the United States on 8 August 2018
Verified Purchase
A wonderful Key West Food Critic Mystery with captivating characters, a great mystery that quickly became a page turner, interesting suspects, twists and turns that kept me entertained and intrigued from the first page to the last. Written in the first person, I felt like Hayley was talking directly to me and I loved her dynamic with the other characters, especially her octogenarian houseboat roommate, Miss Gloria and her boyfriend Nathan Bransford, detective with the Key West Police Department.

Even though this is the eighth book in the series, it is the first one I have read and I had no trouble reading it as a standalone. This is a must-read for fans of well-crafted cozy mysteries and you even get a bonus of delicious Cuban recipes. I received an advance reader copy of DEATH ON THE MENU, and this is my unbiased review.
Read more
One person found this helpful
Report abuse
See all reviews
Back to top
Get to Know Us
Make Money with Us
Let Us Help You
And don't forget:
© 1996-2021, Amazon.com, Inc. or its affiliates