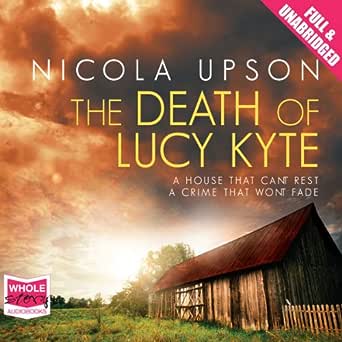 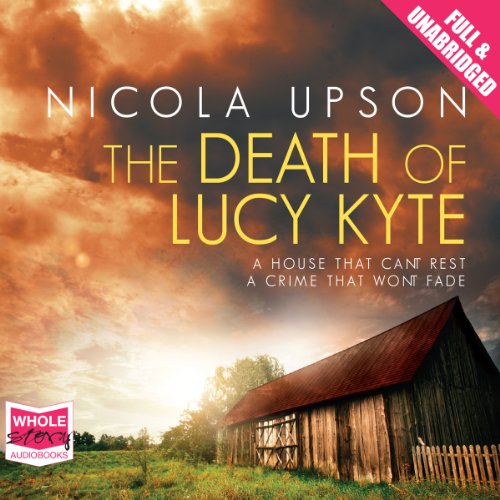 4.2 out of 5 stars
4.2 out of 5
74 global ratings
How are ratings calculated?
To calculate the overall star rating and percentage breakdown by star, we don’t use a simple average. Instead, our system considers things like how recent a review is and if the reviewer bought the item on Amazon. It also analyses reviews to verify trustworthiness.

Rebecca Davies
TOP 1000 REVIEWER
4.0 out of 5 stars Great read
Reviewed in Australia on 13 May 2020
Verified Purchase
Book 5 in the series takes a different approach. There is more character development and less of the usual murder mystery. But there are familiar elements too, with a mixture of fact and fiction. The back story is more developed but less intrusive in this volume. I’m impressed with this writer’s ability to find new angles to keep the series fresh and engaging.
Read more
Helpful
Comment Report abuse

Jennifer Cameron-Smith
TOP 10 REVIEWER
5.0 out of 5 stars ‘Who is Lucy Kyte?’
Reviewed in Australia on 4 May 2014
Hester Larkspur’s will, leaving her home Red Barn Cottage in Suffolk, England to her goddaughter Josephine Tey has two codicils. The first requires Josephine to sort out her godmother’s papers and possessions and evaluate their worth; the second is to let someone named Lucy Kyte to take what she most needs from the cottage in the hope that it will bring her peace. The lawyer does not know who Lucy is, or where she may be.

When Josephine first visits the cottage, she finds it in a state of disrepair. Red Barn Cottage is named for a barn in which Maria Marten, a local woman, was murdered and buried over a century earlier. As a younger woman, Hester Larkspur had been a beautiful and popular actor, who was best known for her role in a play written about Maria’s murder. Hester had also collected a lot of memorabilia about the murder, and had written a diary containing a fictionalized account of Maria’s life, recounted by her friend.

‘It is a writer’s gift to know what has meaning in a person’s life, to decide what stories are worthy of being told..’

While reading the diary, Josephine learns more about Hester and Maria. But while Josephine is sorting through Hester’s possessions, and making the cottage more liveable, she becomes increasingly aware that there is something wrong.
Is it the cottage’s past that causes Josephine unease, or are more contemporary factors coming into play? While trying to meet the terms of her godmother’s will, Josephine is struggling to write a biography, and has some personal preoccupations as well.

I enjoyed this novel, with its subtle plotting and interesting twists and turns. We learn about Hester and her preoccupation with Maria Marten as Josephine Tey, acting as a detective, pieces together the past. I liked the gradual, atmospheric development of the story as it builds to what (for me, anyway) was a satisfying conclusion.

This is Nicola Upson’s fifth novel to feature real-life mystery writer Josephine Tey: I’ll be looking to read the other four as soon as I can.

ancientruin
5.0 out of 5 stars An excellent read
Reviewed in the United Kingdom on 21 July 2018
Verified Purchase
Nicola Upson is one of my favourite new authors. She knows how to do her research - and it is thorough. Then she knows how to evoke the period she is writing about - in this case the 1930s and her descriptions are excellent. I have now read all of the seven books in the Josephine Tey series and eagerly await the next one - hopefully there will be another one out soon! Nicola Upson is a far better writer than the lady she has as her main character - I gave up after the second of Josephine Tey's novels as I felt they were very outdated and not well thought out. The very original way that Upson has used Tey's world and life in her own books is innovative and works extremely well.
Read more
One person found this helpful
Report abuse

angelpopeye
5.0 out of 5 stars The Death of Lucy Kyte
Reviewed in the United Kingdom on 19 August 2013
Verified Purchase
I have read all the previous books in Nicola Upson's Josephine Tey mystery series - and first of all I should like to thank Nicola for paying homage to Josephine Tey in this unique way and bringing Tey's own detective novels to the attention of a much wider reading public.

Unlike other reviewers, I enjoyed the slower pace and peaceful setting of this book - and I loved the fact that three mysteries were all woven together in a very compelling way. I did not mind at all that Archie had a lesser role to play and that the Motley sisters only received a brief mention. I admire Nicola for not feeling that she has to keep to all the same characters and a similar format in every book.

I also enjoyed learning more about Josephine Tey's life in Inverness - but am beginning to realise what an enigma she was - even to her closest friends. Small wonder that Nicola Upson abandoned the idea of writing a biography about her - but chose to bring her to light in this fascinating way. I have to agree with people who complain that Tey's character still fails to shine out like a beacon - but did anyone really know her? I would rather she remained a rather shadowy figure, than that someone breathed a life into her that was entirely false.

The interesting dilemma in this book about family duty - and how it can bring so much conflict into people's lives - is a universal one. I found that this gave added depth to the story, since it was explored at so many levels and from several different viewpoints.

A well-organised, beautifully written book. I was moved by it - and very sad when I had finished it.
Read more
9 people found this helpful
Report abuse

J. A. Findlay
5.0 out of 5 stars A Josephine Tey Adventure
Reviewed in the United Kingdom on 26 February 2020
Verified Purchase
I very much enjoyed this novel. I have read many of Nicola Upson's books using the persona of the novelist Josephine Tey but enjoyed this the most. It is the tale of Josephine adapting to her Suffolk cottage left her by her godmother and is also bound up with the story of the murder in the Red Barn which is historically accurate and
had previously taken place in Polstead. The novel keeps your attention and you feel for the characters both past and
present.
Read more
Report abuse

S. B. Kelly
4.0 out of 5 stars A Slow Burn
Reviewed in the United Kingdom on 10 August 2013
Verified Purchase
This, the 5th of Upson's Josephine Tey novels, gets off to a slow start. It's 1936. Josephine is surprised to learn from her solicitor in Inverness that the godmother she never met has left her a cottage in Suffolk in her will. The cottage is in the village where the Murder in the Red Barn took place more than a hundred years earlier and godmother Hester was obsessed with the story of the tragic Maria Martin. The cottage is dilapidated, lacking any modern comfort, and Josephine feels unsettled in the small bedroom where Hester's body was found, starved and dehydrated -- a grim death for a proud old woman.

The Tey novels have drifted around the country, from London to Cornwall and to Portmeirion in North Wales. The Suffolk setting seems initially the least interesting of these but the novel finally begins to pick up pace as Josephine's sense of unease grows on reading a manuscript, a diary written by Maria Martin's best friend. Did Hester die a natural death? Where have all the valuable Red Barn memorabilia that are supposed to be in the cottage gone? Who is the Lucy Kyte mentioned in Hester's will? Is the cottage really haunted?

The novel suffers from the absence of most of Josephine's usual entourage: Archie gets a walk-on part and we do see her beloved Marta, but otherwise Josephine is on her own in this remote and backward part of the country.

The novel winds its way to a satisfying conclusion, though, as all is explained and, as in life, not everyone gets their just deserts.
Read more
Report abuse

Chrissie
5.0 out of 5 stars A return to form
Reviewed in the United Kingdom on 19 October 2013
Verified Purchase
I was really disappointed in the last offering in this series, (see my review) and was doubtful of buying this new one but I am happy to report a return to form for Ms Upton. Here we have more detail about Josephine's life in Scotland as a dutiful daughter torn between her care for her father and her wish to fulfil her other life in London as a successful novelist and dramatist.
We also get an intriguing reworking of the famous Red Barn murder from the viewpoint of the victim's friend. While there is apparently no murder to be investigated - hence no Archie- we learn a lot about Maria Martin and her murder.
I really enjoyed the slower pace of this mystery and the insight provided into Josephine Tey's double - some might say triple- life. Immaculate plotting, beautiful prose and a twist in the tail. What more could one ask1
Really looking forward to the next in the series.
Read more
2 people found this helpful
Report abuse
See all reviews
Get FREE delivery with Amazon Prime
Prime members enjoy FREE Delivery and exclusive access to movies, TV shows, music, Kindle e-books, Twitch Prime, and more.
> Get Started
Back to top
Get to Know Us
Make Money with Us
Let Us Help You
And don't forget:
© 1996-2020, Amazon.com, Inc. or its affiliates