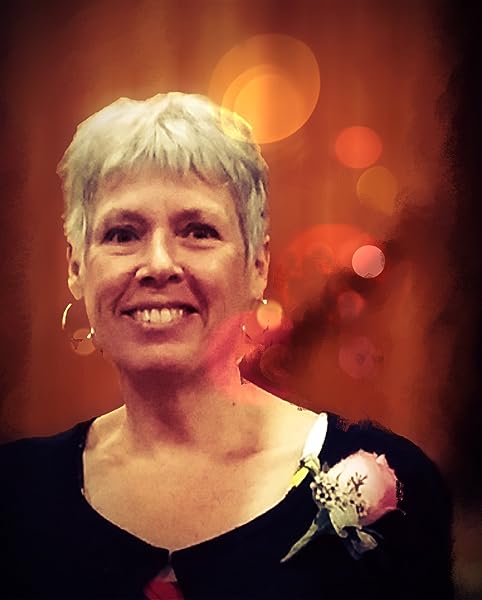 by Eva Gates (Author), Elise Arsenault (Author)
4.7 out of 5 stars 313 ratings
See all formats and editions
Sorry, there was a problem loading this page. Try again.

Eva Gates is a bestselling author who began her writing career as a Sunday writer: a single mother of three high-spirited daughters, with a full-time job as a computer programmer. Now she has more than twenty novels under her belt in the mystery genre, published under the name Vicki Delany. She currently resides in Ontario.

Elise Arsenault is a talented actor, life coach, and voiceover artist who has lent her talents to many projects. She has appeared in numerous television shows and plays, and her voice can be heard in a multitude of audiobooks, commercials, and podcasts. she currently resides in New York City.
Start reading A Death Long Overdue: A Lighthouse Library Mystery on your Kindle in under a minute.

4.7 out of 5 stars
4.7 out of 5
313 global ratings
How are ratings calculated?
To calculate the overall star rating and percentage breakdown by star, we don’t use a simple average. Instead, our system considers things like how recent a review is and if the reviewer bought the item on Amazon. It also analyses reviews to verify trustworthiness.

Helen19
5.0 out of 5 stars The gang's all here!
Reviewed in the United Kingdom on 8 October 2020
Verified Purchase
& it's great to have them back in another installment of this entertaining series. It was worth the wait. So please can we have The Spook in the Stacks on Kindle now? It's the only one still missing & in the U.K. both the hardback & the paperback are ridiculously expensive.
Read more
Report abuse

April Murray
5.0 out of 5 stars Another eva gates novel
Reviewed in Canada on 19 May 2021
Verified Purchase
Great story and it keeps you engrossed that you never want to put it down.
Read more
Report abuse

Maria
5.0 out of 5 stars Great book
Reviewed in Canada on 7 November 2020
Verified Purchase
I loved this author and this book
Read more
Report abuse

avid reader
3.0 out of 5 stars End of the series for me
Reviewed in the United States on 18 April 2021
Verified Purchase
The Louise Jane character is over the top obnoxious and delusional. No one would actually get by with that behavior in a professional library, much less having the run of one in a lighthouse. Every book in this series has several characters you want to be the murder victims. Why would anyone want to read about people like that when you can encounter them in the grocery store? I read to relax. They are not relaxing. Lucy comes across as a total doormat and rather dense at times. Unless Louise Jane is the murder victim in the next book in the series, this will be the last one I read. I did love the cat. He is the best character in the series.
Read more
2 people found this helpful
Report abuse

southern girl1211
5.0 out of 5 stars a great cozy mystery
Reviewed in the United States on 4 November 2020
Verified Purchase
I love the Lighthouse Library mysteries. I have read them all. They are well written, great characters and I am on the edge of my seat and can't stop reading until I find out the guilty party. I am always surprised which makes the book a great read. Once I finish a book I am waiting on the next one and always pre order. Highly recommend.
Read more
3 people found this helpful
Report abuse
See all reviews
Back to top
Get to Know Us
Make Money with Us
Let Us Help You
And don't forget:
© 1996-2021, Amazon.com, Inc. or its affiliates