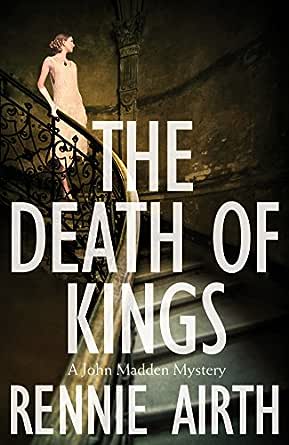 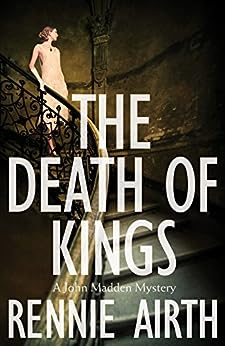 The Death of Kings: A John Madden Novel 5 Kindle Edition

"Rennie Airth is one of the best detective writers around. And The Death of Kings is his best book yet."--Philip Kerr, New York Times bestselling author of The Other Side of Silence "A well-constructed story--a real page-turner." --New York Journal of Books "For mystery lovers, [The Death of Kings is] a thoroughly enjoyable trip." --Huntington Herald Dispatch "[A] gripping tale that manages to work in Chinese Triad gangs, blackmail, changing social mores and the harshness of life with post-war rationing." --Cleveland Plain Dealer "The fifth in Airth's series is an intelligent character study."--Kirkus Reviews "Fans looking to pit their wits against a savvy sleuth will be more than satisfied."--Publishers Weekly Praise for Rennie Airth "Move over, Inspectors Alleyn, Dalgliesh, and Morse, and make room for John Madden in the pantheon of great, civilized English sleuths. With THE DEAD OF WINTER, Rennie Airth now carries us through the third of Madden's encounters with a killer sprung from a Europe at war with itself. It's safe to say that once you've read it, you will start longing for Madden's next case."--Jane Kramer, The New Yorker "Madden is seamlessly admirable...In an era when our real-life heroes tend to have feet of thick, grubby clay, it can be bracing to spend time with a man who is naturally but not implausibly noble."--The Washington Post Book World "[Airth's] meticulously detailed procedural mysteries are beautifully written...[he] has produced three novels that are well worth reading, and rereading, whenever we're engaged in war."--Marilyn Stasio, The New York Times "One of the best mysteries in years."--The Boston Globe "Airth writes with arresting authority and compassion...a major talent."--Chicago Tribune "It's the tactics and the terrain, the morale and the characters that make the difference between an average thriller and one as good as this."--Christopher Dickey, The New York Times Book Review "A mystery thick with atmosphere and even psychoanalysis....Pay close attention to detail - the author did."--Susan Hall-Balduf, Detroit Free Press "Starts off as a genteel British whodunit but soon escalates into a suspense thriller.... However, Airth's novel has an added psychological assurance and a tension-packed elegance. It's up there with the works of P. D. James and Ruth Rendell. High praise indeed."--Pauline Mayer, The Cleveland Plain Dealer --This text refers to the hardcover edition.

Rennie Airth was born in South Africa and worked as a foreign correspondent for Reuters news service for many years. The first novel in his John Madden mystery series, River of Darkness, won the Grand Prix de Littérature Policière for best international crime novel of 2000 and was nominated for Edgar, Anthony, and Macavity awards. --This text refers to the hardcover edition.

'An excellent and convincing evocation of wartime London'
C.J. Sansom on The Dead of Winter

Rennie Airth was born in South Africa and has worked as a foreign correspondent for Reuters. The first novel in his John Madden series, River of Darkness, was published in 1999 to huge critical acclaim, was shortlisted for four crime fiction awards and won the Grand Prix de Littérature Policière in France. River of Darkness was followed by The Blood-Dimmed Tide, the CWA Ellis Peters Award shortlisted The Dead of Winter and now The Reckoning. --This text refers to an alternate kindle_edition edition.

I have reason to believe that the jade pendant accompanying this letter is the same one that disappeared from Miss Portia Blake's body in August 1938 . . . Since the piece could not have been stolen by the man who was hanged for Miss Blake's murder, the question arises: who else could have taken it?
And why?

1949. An unsigned letter arrives on the desk of Chief Inspector Derry of the Canterbury police. Enclosed is a jade pendant, identical to the one that went missing from the body of Portia Blake, an actress murdered a decade previously. The case had been shut quickly at the time - the accused vagrant giving a written confession and sentenced to the gallows - but in the police's haste to close the inquiry, the necklace was never recovered.
Until now.

Inspector Madden is asked to investigate the letter's claims by his old friend, and former Chief Inspector, Angus Sinclair, who fears the wrong man may have been hanged on his watch. But with a world war separating Madden from the murder, the truth will not come easy . . .