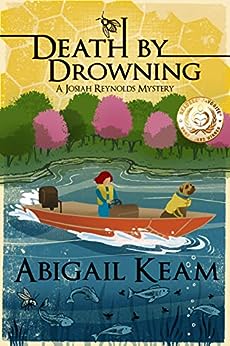 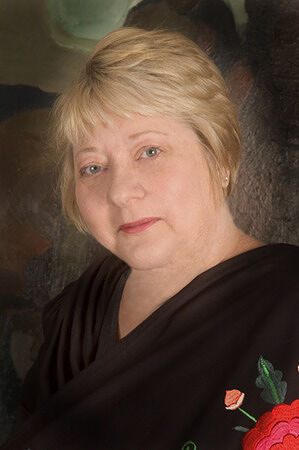 by Abigail Keam (Author) Format: Kindle Edition
See all formats and editions
Sorry, there was a problem loading this page. Try again.
Humor is parceled out in just the right amount, as is friendship and loyalty. The characters are very well developed, each rich in his or her own idiosyncrasies. Ms. Keam writes such that readers want to know more of Josiah's life and the ending will not disappoint their need to know. -Readers' Favorite

In spite of having to recover from serious injuries from her fall down a cliff with O'nan, Josiah Reynolds is back to sleuthing. This time her friend, Irene Meckler, asks Josiah to investigate the death of her nephew which was ruled accidental. Irene has her doubts.

Along with her best friend Matt and Jake Dosh, a physician assistant hired by Josiah's daughter, Josiah again makes the rounds of quirky characters that can only be found in the mysterious world of antebellum homes, bourbon, and Thoroughbred racing of Kentucky's Bluegrass region.

Will Josiah discover the real reason for the death of her friend's nephew? As Josiah fights for her recovery, she fights for the truth regarding a youth and the secret as how he died. In a land where secrets are buried deep in the earth, Josiah searches in a land that doesn't let go of its past easily. The past never dies in Kentucky - the dark and bloody ground.
Read more
Previous page
Next page

Fans of mystery will absolutely love it. Even though it is second in a series, it stands alone just fine; however, to extend the fun, you will want to read both (Death By A HoneyBee)! --Readers'View --Readers' View

Fans of mystery will absolutely love it. Even though it is second in a series, it stands alone just fine; however, to extend the fun, you will want to read both (Death By A HoneyBee)! --Readers' View --This text refers to the perfect edition.

Abigail Keam is an award-winning author. Her first novel, Death By A HoneyBee, won a Gold Medal Award from Reader's Favorite as did Death By Drowning. Both novels were placed on the USA BOOK NEWS - Best Books List of 2011 Finalist. Ms. Keam is also an award-winning beekeeper and lives in a metal house on the Kentucky River. --This text refers to the perfect edition.

Award-winning author Abigail Keam writes the Mona Moon Mystery Series—a rags-to-riches 1930s mystery series which includes real people and events into the story line. The series is about a cartographer who is broke and counting her pennies when there is a knock at her door. A lawyer, representing her deceased uncle, announces Mona has inherited her uncle’s fortune and a horse farm in the Bluegrass. Mona can’t believe it. She is now one of the richest women in the country and in the middle of the Great Depression!

Abigail Keam is an award-winning and Amazon best-selling author who writes the Josiah Reynolds Mystery Series about a Southern beekeeper turned amateur female sleuth. The Last Chance For Love Series tells of strangers who come from all walks of life to the magical Last Chance Motel in Key Largo and get a second chance at rebuilding their lives, and The Princess Maura Fantasy Series.

One thing Miss Abigail loves to do as an author is to write real people and events into her stories. “I am a student of history and love to insert historical information into my mysteries. My goal is to entertain my readers, but if they learn a little something along the way—well, then we are both happy. I certainly learn a lot from my research, and I hope my readers come away with a new appreciation of beekeeping from my Josiah Reynolds Mysteries.”

2011 Gold Medal Award from Readers' Favorite for Death By Drowning

2017 Finalist from Readers’ Favorite for Death By Design

2019 Honorable Mention from Readers’ Favorite for Death By Stalking

2020 Finalist from Readers' Favorite for Murder Under A Blue Moon

2020 Imadjinn Award for Best Mystery for Death By Stalking

Besides loving history, Kentucky bourbon and chocolate, Abigail loves honeybees and for many years made her living by selling honey at a farmers’ market. She is an award-winning beekeeper who has won 16 honey awards at the Kentucky State Fair including the Barbara Horn Award, which is given to beekeepers who rate a perfect 100 in a honey competition.

A strong supporter of farmers' markets and local food economy, Miss Abigail has taken her knowledge of beekeeping to create a fictional beekeeping protagonist, Josiah Reynolds, who solves mysteries in the Bluegrass. While Miss Abigail’s novels are for enjoyment, she discusses the importance of a local sustainable food economy and land management for honeybees and other creatures.

She currently lives on the Kentucky River in a metal house with her husband and various critters. She still has honeybees.

Miss Abigail would love to hear from you!

You can visit her at

You can email her at

Murder Under A Blue Moon I

Murder Under A Blood Moon II

Murder Under A Bad Moon III

Murder Under A Silver Moon IV

Murder Under A Wolf Moon V

Murder Under A Black Moon VI

Murder Under A Full Moon VII

Murder Under A New Moon VIII

Murder Under A English Moon IX

Murder Under A Bridal Moon X

Death By A HoneyBee I

Wall Of Doom I

THE LAST CHANCE FOR LOVE SERIES

4.4 out of 5 stars
4.4 out of 5
476 global ratings
How are ratings calculated?
To calculate the overall star rating and percentage breakdown by star, we don’t use a simple average. Instead, our system considers things like how recent a review is and if the reviewer bought the item on Amazon. It also analyses reviews to verify trustworthiness.

Deborah Jay
3.0 out of 5 stars Please read book one first or you will end up confused!
Reviewed in the United Kingdom on 28 September 2015
Verified Purchase
Following on from the end of ‘Death by a Honeybee’, this book opens with Josiah in a very poorly state, having survived her fall down the cliff in the climax of the last one. The first part of this book is largely about her prolonged recovery, and her grumpiness about the whole thing. If you haven’t read the first one, you’re probably going to struggle to find much empathy with her, as she can be pretty sharp and ungrateful – mind you, I could well understand her state of mind, knowing what she’d been through.
The highlight of these rather grim first chapters was discovering that Baby, her mastiff puppy, had survived being shot, even if he, too, was somewhat damaged.
And then there is Jake. Mmm. Where can I find me one of those?
The mystery in this book takes a rather poor second place to the story of Josiah’s recovery and the grim suspicion that her attacker, O’nan, also survived the fall and is out to get her. A friend asks her to investigate the apparently accidental death of a teenager, and although this story thread is resolved in this book, it wasn’t exactly riveting.
I did still love the writing, the array of diverse people, and the depth of characterisation enough that I will continue with the series. However, as a follow up to the previous book, I found it somewhat disappointing in the plot department.
Read more
Report abuse

Fluffyfangs
5.0 out of 5 stars OMG im in love
Reviewed in the United Kingdom on 17 September 2020
Verified Purchase
Read the first book and then promptly bought the rest of rhe series. Just finished the second book and debating whether to go to sleep or read then next one its a very hard choice at 04:36 in the morning as these books are that good argh
Read more
Report abuse

Broadie
5.0 out of 5 stars Mystery with a fun side
Reviewed in the United Kingdom on 11 September 2019
Verified Purchase
Enjoying this series of books
Read more
Report abuse

lap14h
5.0 out of 5 stars more murder mayhem and bees and terror
Reviewed in the United Kingdom on 12 September 2013
Verified Purchase
well this one had me gripping the bed as sat up until I finished the second novel of the series, Josiah survives a forty-foot fall off a cliff but where is the culprit? Josiah's broken body needs specialist care enter stage left Jake physical trainer and the hunk matt .fast heart-breaking and cheer for this indomitable women help save her for a never ending nightmare. THIS is a must read.
Read more
Report abuse

Tugga
5.0 out of 5 stars Gentle Sleuthing
Reviewed in the United Kingdom on 24 April 2013
Verified Purchase
I enjoyed this book, it was a gentle, ladylike plot that wasn't boring. You don't need to read the first book, but from how it ends and touched on in this book, I think I will purchase it as it sounds exciting.