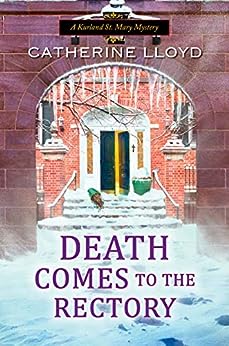 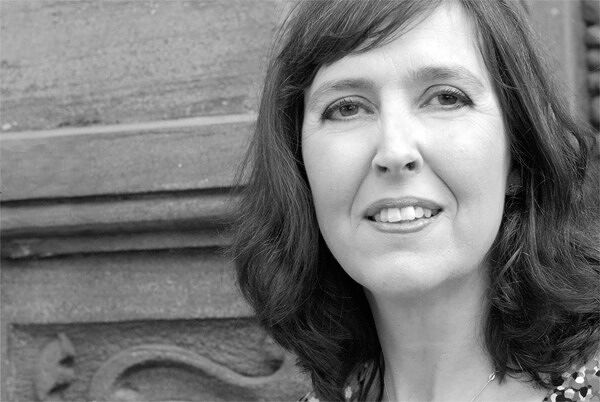 Catherine Lloyd was born just outside London, England, into a large family of dreamers, artists, and history lovers. She completed her education with a master's degree in history at the University College of Wales, Aberystwyth, and uses the skills she gained there to research and write her historical mysteries. Catherine currently lives in Hawaii with her husband and four children. Her website is located at www.catherine-lloyd.com. --This text refers to an out of print or unavailable edition of this title.

In the English village of Kurland St. Mary, few things are worse than having one's reputation besmirched. A struggling marriage is one. Murder is another . . .
--This text refers to an out of print or unavailable edition of this title.

"A romance of married life intertwined with a murder puzzle featuring a heroine suitable for a Jane Austen novel."

"The liveliness of Lloyd's many secondary characters and the marital tensions arising from Lucy's fertility woes add richness to the well-plotted puzzle."

-- "Publishers Weekly" --This text refers to the audioCD edition.

4.6 out of 5 stars
4.6 out of 5
126 global ratings
How are ratings calculated?
To calculate the overall star rating and percentage breakdown by star, we don’t use a simple average. Instead, our system considers things like how recent a review is and if the reviewer bought the item on Amazon. It also analyses reviews to verify trustworthiness.

Regency Belle
3.0 out of 5 stars A Bit Underwhelming
Reviewed in the United Kingdom on 30 November 2017
Verified Purchase
I am an avid fan of this author’s work and feel very disloyal about my reaction to this book. I am totally underwhelmed by the storyline, length of the book and the plodding nature of the writing.

I have always left excellent reviews for CL’s previous books in this series but cannot do so on this occasion. Has the author fallen into the habit of producing books by rote and depending on our loyalty to her and her characters to generate sales?

Now that we have come to know and love Lucy and her family, we are keen to learn more and more about them and all aspects of their lives in Kurland St Mary. So keen that we will accept anything about them, regardless of how second rate the storyline is.

In my opinion - this book is little more than a novella, padded out to 304 pages, describing characters, in a Christmas scenario, that lacks sparkle or charm. It is overall a depressing little book, with a plot line that is so thin, it resembles a piece of tissue paper. Indeed, it’s so poor in comparison to previous books in this series, that I wonder how an experienced (and accomplished) author such as Ms Lloyd allowed her publishers to print this book?

Even after plodding through to the end,nothing has been resolved in Lucy’s life and no doubt, if we want to find out what happens next in the lives of the main characters, then we will have to spend even more of our hard earned cash on the next instalment of what appears to be a book that is being sold to readers in a piecemeal fashion.

Shame on you Ms Lloyd, I have loyally bought your books, under your various pen names and feel very let down by your assumption that we will pay good money for a book of this calibre?
Read more
Report abuse

Amazon Customer
5.0 out of 5 stars Best yet
Reviewed in the United Kingdom on 22 April 2018
Verified Purchase
I love this series but this is my favourite. It is much more character based although the story is complex with a nice twist in the end. It's rare for a book of this genre to admit that even the most loving couples have problems but this book explored them sensitively and realistically.
Read more
Report abuse

Jay
5.0 out of 5 stars Excellent
Reviewed in the United Kingdom on 3 December 2017
Verified Purchase
I’ve said this about the previous stories in this series, and I’m saying it again. Excellent story, kept me guessing until the end. I hope very much it will not be the last. More please.
Read more
Report abuse

Constant Reader
5.0 out of 5 stars Murder of a terrible teacher in historic cozy
Reviewed in the United States on 15 January 2018
Verified Purchase
This is the fifth book in the Kurland St. Mary Mystery series set in Regency England. This series of historical cozy mysteries features the now husband-wife team of Lucy and Robert Kurland. Lucy is the daughter of the rector and she has been married for three years to the lord of the manor and local magistrate. Two recent miscarriages have left Lucy depressed and stressed. She and Robert are not communicating well as they deal with their worries separately instead of together. While Lucy was laid up, a new teacher was hired for the local school that she and Robert support. Miss Broomfield is a bully who verbally and physically mistreats the children. She is also disliked by adults. Just as she is about to be dismissed, she is found murdered. It is a nasty murder by lethal hat pin. Lucy picks up her spirits and the investigation to find out more about who Miss Broomfield is, how she was hired, and then to discover who murdered her and why. The plot is busy with poison pen letters, hints at blackmail and the personal lives of Lucy and the other characters in addition to the investigation. It is not necessary to read the books in order, but there are things that will not make sense to you. These are gentle books with hints of romance woven into the murder mystery and enough historical detail to make the setting rich. There is no graphic violence or sex and the language is on the verge of prim which adds to its historic feel.
Read more
9 people found this helpful
Report abuse

L. M Young
5.0 out of 5 stars Cruel Death of a Cruel Teacher
Reviewed in the United States on 12 October 2020
Verified Purchase
It has been three years since Lucy Harrington and Major Sir Robert Kurland married, but as their third Christmas together approaches, Lucy is in a very somber mood. She and Sir Robert have not gotten on well since the summer, when she suffered a miscarriage. He seems to be avoiding her and she is slowly becoming convinced he is no longer in love with her. And then a disturbing thing happens: Lucy visits the village school and discovers the new teacher, Miss Broomfield, is a martinet, with an obsession about sin, who bullies the children and her two young assistants. The teacher was hired back in the summer, when she was so ill, and she can't believe the woman came so highly recommended. Lucy strongly wishes her replaced, but before that can happen, Miss Broomfield is found dead in her classroom, with a quill pen viciously stabbed into her eye. The girl who found her, Josephine, one of two charity children in the school, is hysterical. Although Sir Robert warns his wife to stay out of the matter, Lucy can't help getting involved in the mystery as she plans Christmas at both Kurland Hall and at her father's (the vicar) rectory. Some help arrives in the form of Sir Robert's vivacious Aunt Rose—but the mystery only grows more perplexing when expensive jewelry is found in Miss Broomfield's quarters.

I love these characters, so I'll just hold my tongue about that silly romance-novel quibble I always have: the characters don't speak to each other. (In fact, Lucy chides someone else at the end of the book for not doing the same thing, when she and Sir Robert are tippytoe-ing around each other for nearly the entire book; one longs for them to have a proper fight and have things all come out.) Otherwise the story is entertaining, the mystery suitably convoluted, and Aunt Rose is a delightful character (someone else realizes that as well, in time). All the flurry of an early 19th century Christmas preparatory season just add more color to the tale, and some favorite characters return: Lucy's friend Sophia and her old bete noire Penelope, now married to the town doctor.

Just one thing: don't Lucy's brothers have names? If they were introduced in the first book I've forgotten, but it's more like Lloyd has forgotten, too—she calls them nothing through the entire book but "the twins" and it's like they have no identity other than being twins. Can we have some names and personalities here? Also, how does Lucy's father manage to remain the vicar when he spends most of his days riding and living easily while the curate does all the work? This must be some Anglican custom I don't understand.
Read more
Report abuse
See all reviews
Back to top
Get to Know Us
Make Money with Us
Let Us Help You
And don't forget:
© 1996-2021, Amazon.com, Inc. or its affiliates