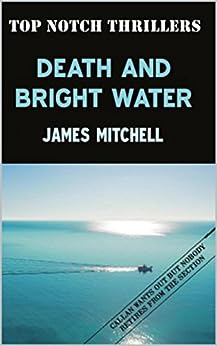 Kindle Customer
5.0 out of 5 stars More of the same.
Reviewed in Australia on 28 February 2019
Verified Purchase
As far as I know this was never produced on television. But it is still classic Callan. That says it all. Again enjoy.
Read more
Helpful
Report abuse

tallmanbaby
4.0 out of 5 stars an excellent addition to the series
Reviewed in the United Kingdom on 18 April 2017
Verified Purchase
This is the third of the Callan novels. It offers a slight change of pace, being far less grim than its predecessor. The humour is much more to the fore, while Callan and Lonely get to enjoy a break in the sun.

For fans of the franchise this is an enjoyable addition to the series, and it is a mystery why such a first rate book should have been out of print for so long.
Read more
Report abuse

ROBERT FAIRCLOUGH
5.0 out of 5 stars CLASSIC SPY THRILLERS BACK IN PRINT BAT LAST!
Reviewed in the United Kingdom on 5 August 2014
Verified Purchase
Why is it that Ian Fleming, Len Deighton and John Le Carre's books have stayed in print from the year they were first published, while James Mitchell's equally effective and more authentically downbeat spy thrillers featuring Department K agent John Craig ('The Man Who Sold Death', 'Die Rich, Die Happy', 'The Money That Money Can't Buy' and 'The Innocent Bystanders'), as well as TV's popular executioner from the 1960s and 1970s, David Callan ('A Magnum for Schneider', 'Russian Roulette', 'Death and Bright Water' and 'Smear Job' – 'Bonfire Night' was a late entry in 2002) have been out of print for thirty-plus years?

Who knows, but Ostara Publishing should be highly praised for putting this state of affairs to rights. Last year, they released Callan's debut 'A Magnum for Schneider' (based on the original 'Armchair Theatre' TV play featuring the character) and its sequel 'Russian Roulette' as a pair. This June there’s added value in the publication of the third Callan novel 'Death and Bright Water' – the first to take Callan and company abroad – and John Craig's bleak swansong, 'The Innocent Bystanders'.

In their day, Mitchell's books were as successful as anything by Le Carre, Deighton or Fleming, selling particularly well in America. When Mitchell died in 2002, 'The New York Times' critic Newgate Callendar noted: "We have had a lot of tough operatives in our day, but Callan makes most of them, from James Bond on, look like prep-school classics teachers. Callan, who is a British intelligence gent licensed to kill, is so lethal that a glance from him makes the strongest of men quail."

So it is with 'Death and Bright Water'. Callan is paid £10,000 by Helena Kollonaki's mother to rescue her daughter from, as this Ostara edition helpfully informs the reader, "the junta of anti-communist Army Colonels" who ruled Greece between 1967 and 1974 (when the book is set). Callan plays a double game, as the Section – the beyond-top-secret division of British intelligence he works for – order him to take the job for their own, characteristically pragmatic reasons.

The great thing about Mitchell's writing, apart from his talent for intricate plotting which comes into its own in 'Death and Bright Water', is his lean, descriptive prose and terse, sardonic dialogue; comparisons with Raymond Chandler certainly aren't misplaced. The Section personnel – the tough, working-class-but-educated Callan, his petty thief sidekick Lonely (infamous for his appalling body odour), ex-public school bully Toby Meres, implacable Section chief Hunter and his glacial secretary Liz – live and breathe as if you were watching the characters in the 'Callan' television series. In the third book, the novels develop away from the TV format as Callan and Lonely emabark on an international assignment, an idea partly inspired by the desire to make 'Death and Bright Water' into a feature film.

'The Innocent Bystanders' was the fourth and last John Craig novel and was first published in 1970. The series began in 1965 to huge sales and acclaim, and its success was partly the reason why the 'Callan' series was commissioned. By now, Craig is in a very bad place: he was tortured to the point of insanity in 'The Money That Money Can't Buy' and only just completed his mission. 'The Innocent Bystanders' sees his ruthless boss Loomis, head of Department K, plotting to dispose of his once top agent in a plot involving the agricultural scientist Kaplan, who escapes from a Russian gulag and flees to the West.

The story is depressing but compelling at the same time. Craig is attracted to Miriam, a young woman he initially takes hostage, but worries that he can't satisfy her sexually as his manhood was electrocuted to the point of impotence in the previous book; Andrew Royce, Craig's younger rival in the Department, tortures women professionally and without emotion, making him all the more terrifying. Mitchell keeps you guessing about how – or even if – Craig is going to outwit Loomis and after reading the last page, you'll want to punch the air.

At £10.99 each these novels are an absolute steal. Here's hoping that the remaining two Callan novels, together with the first three Craig books, will be on Ostara's publishing schedule very soon.
Read more
3 people found this helpful
Report abuse

Piers J. A. Vokins
5.0 out of 5 stars Pure entertainment
Reviewed in the United Kingdom on 22 August 2017
Verified Purchase
Transported back to the golden era of Callan and Lonely, a must for any fans of the tv show/movies. Well written, pacey page turner but never descending into airport novel cliche.
Read more
Report abuse

S Smyth
4.0 out of 5 stars Lonely could have been less of a feature.
Reviewed in the United Kingdom on 13 January 2016
Verified Purchase
A very readable book that moves along at a good clip. My main criticism is that Lonely is rather too much of a an element via which to imbue Callan with sociable traits, and to act as way to pad the narrative with an overburden of subplots
Read more
Report abuse

Amazon Customer
5.0 out of 5 stars Callan, the origanal reluctant spy
Reviewed in the United States on 19 July 2019
Verified Purchase
Greart and gritty spy novels with off beat characters and plenty of twists, made into a British TV show that other people have copied many time but without the quality. Well worth reading!
Read more
One person found this helpful
Report abuse
See all reviews
Back to top
Get to Know Us
Make Money with Us
Let Us Help You
And don't forget:
© 1996-2021, Amazon.com, Inc. or its affiliates