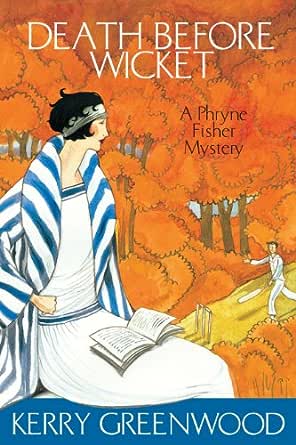 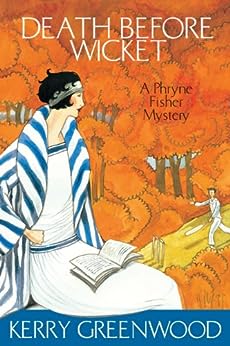 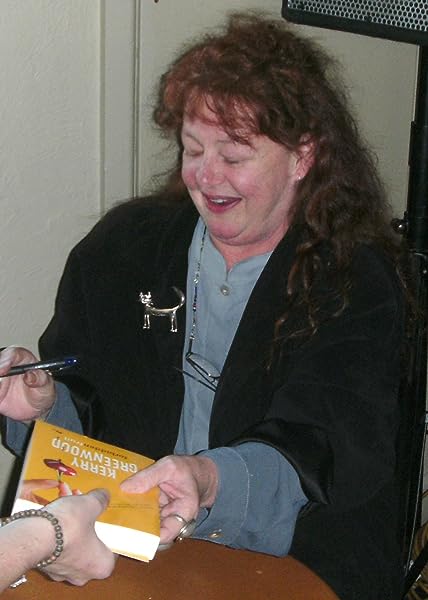 "Phyrne Fisher has solved quite a few mysteries during her career. Here a holiday trip to Sydney is just what she needs for some R&R. But when her personal maid's sister goes missing and she agrees to defend a young man for theft, she finds herself smack-dab in the midst of black magic, deceit, violence, and murder. Stephanie Daniel proves to be Phyrne's equal. Daniel's narration reveals an intelligent woman, always on par with any male counterpart. The colorful characters, whether professors or men of the underworld, are portrayed impeccably. Clever, witty, and filled with gusto, Greenwood's novel, as delivered by Daniel, is an exciting whodunit." (AudioFile Magazine) --This text refers to an alternate kindle_edition edition.

Phryne Fisher is gutsy and adventurous, and also well endowed with plenty of grey matter. She has it over Robicheaux and Poirot because she’s drop-dead gorgeous., West Australian

Greenwood's strength lies in her ability to create characters that are wholly satisfying: the bad guys are bad, and the good guys are great, Vogue --This text refers to the paperback edition.

A Phryne Fisher mystery --This text refers to the paperback edition.

KERRY GREENWOOD is the author of more than forty novels and six non-fiction titles, and the editor of two collections. Phryne Fisher is her most successful series to date - there are currently 18 in the series. She lives in Australia with a registered wizard. --This text refers to the paperback edition.

Abduction, intrigue and death - it's just not cricket!

Phryne Fisher has plans for her Sydney sojourn - a few days at the Test match, a little sightseeing and the Artist's Ball with an up-and-coming young modernist. But these plans begin to go awry when Phryne's maid discovers her thoroughly respectable sister has left her family for the murky nightlife of the city's seamier side. And Phryne is definitely not the woman to say no when two delightful and handsome men come to her on bended knees, begging for her help in finding their friend innocent of theft.

All in all, Phryne's plans for a simple day or two of pleasure watching young men in white are postponed for good!

4.4 out of 5 stars
4.4 out of 5
222 global ratings
How are ratings calculated?
To calculate the overall star rating and percentage breakdown by star, we don’t use a simple average. Instead, our system considers things like how recent a review is and if the reviewer bought the item on Amazon. It also analyses reviews to verify trustworthiness.

Eileen Coleman
5.0 out of 5 stars This is a great book!
Reviewed in Australia on 11 May 2019
Verified Purchase
I love all the Phryne Fisher books and this one lived up to expectations.
Read more
Helpful
Comment Report abuse

Geoff W.
4.0 out of 5 stars Kerry Greenwood fan
Reviewed in Australia on 17 August 2020
Verified Purchase
Kerry Greenwood fan.
Not as good as most of her others
Read more
Helpful
Comment Report abuse
See all reviews

robin
4.0 out of 5 stars Larwoods year
Reviewed in the United Kingdom on 4 August 2020
Verified Purchase
Didn't realise how long a test career players of yesteryear had. One of Kerry's more humorous books. Had me laughing out loud several times.
Don't need to be more than remotely interested in the game to enjoy the book. If you know Sydney - which I don't then I would imagine that walking round parts with an a-z or its equivalent would be illuminating.
I called this review 'Larwood' as it became known as the bodyline tour.
As usual Phrynne has encounters told with fun more than anything else. This time the bloke gets a chance to think some thoughts. Some serious bits concerning the ways and attitudes which some men and some bits of society had / have towards women especially those who were "no better than they deserve" Sadly that still exists. Probably says a lot about at least one school I taught in.
I've read this twice and will read it again at some time and pick out more bits I missed last time
Read more
One person found this helpful
Report abuse

Damaskcat
5.0 out of 5 stars Cricket and crime
Reviewed in the United Kingdom on 2 March 2012
Verified Purchase
Phryne travels to Sydney - partly to watch the test match - but also to visit the university. Two of the students have secured an introduction to her and want her to try and find out who has stolen various items from a safe as they do not believe their friend, Adam Harcourt is guilty.

Phryne soon decides she agrees with them. There is a sub plot involving Dot Williams Phryne's companion and maid. Dot wants to visit her sister who lives in Sydney but finds she has disappeared and her husband does not know where she is.

There are some marvellous characters in this well written mystery story and many secrets will need to be revealed before the crimes are solved and people can get on with their lives. I enjoyed the background of Egyptian magic and ritual and Phryne makes a marvellous re-incarnation of the goddess Isis.

I thought the plot was more complex than some books in this series and I found I stayed up late to finish it because I had to know what happened and how it was resolved.

As ever Phryne finds a new lover and it isn't one of the most obvious candidates either. It was nice to see Dot playing a bigger part in the story and I thought the solution to her problems was very well done. This is an entertaining mystery which is part of a series but can be read as a standalone story.

Hazel LUCAS
4.0 out of 5 stars Death before Wicket review
Reviewed in the United Kingdom on 4 March 2016
Verified Purchase
I always like the Phryne Fisher books, I have loads of them on my kindle and read them for relaxation. I also have all the DVD series. This book is good but not as enjoyable as some of the others, I thought. The plot is very complex and while I greatly admire the amount of research Kerry Greenwood does, I think there's a bit much of it. She seems to equate magic and spirituality, an idea with which I disagree, so that might be something to do with my not entirely positive reaction. The cricket sounds entirely true to life (I do watch cricket sometimes).
Read more
Report abuse

Amazon Customer
5.0 out of 5 stars Charming and suspenseful
Reviewed in the United Kingdom on 12 May 2020
Verified Purchase
Phryne is in Sidney and finding it a strange place with only Dot and none of her usual retinue. Undaunted she accepts the challenge of proving the accused innocent. However things are more complicated than they seem. This book for not disappoint.
Read more
Report abuse

april
4.0 out of 5 stars good story!
Reviewed in the United Kingdom on 20 July 2015
Verified Purchase
fun, exciting, well plotted and well paced! but, one small cavil...it is not piglet who lives under "the name of sanders"...it is somebody else....
otherwise, a good read, as always...one comes to expect the twists, the turns, the revelations, the trusty helpers, the coarse brutes, the good food, drinks and sex, the settings, the sudden insights into poverty and crime, and the happy ending, with the good rewarded and the evil punished..
fun is had by all!
Read more
Report abuse
See all reviews
Get FREE delivery with Amazon Prime
Prime members enjoy FREE Delivery and exclusive access to movies, TV shows, music, Kindle e-books, Twitch Prime, and more.
> Get Started
Back to top
Get to Know Us
Make Money with Us
Let Us Help You
And don't forget:
© 1996-2020, Amazon.com, Inc. or its affiliates