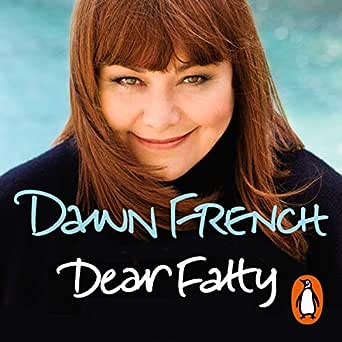 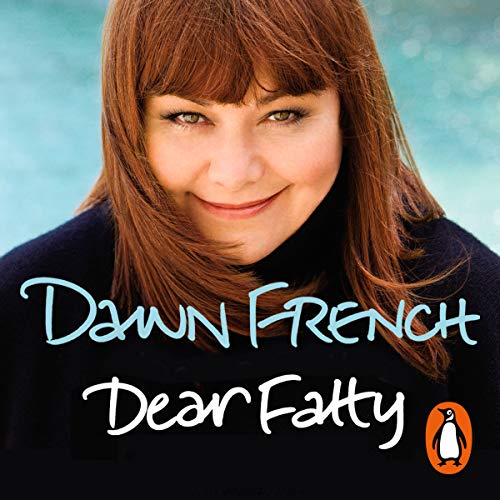 4.3 out of 5 stars
4.3 out of 5
830 global ratings
How are ratings calculated?
To calculate the overall star rating and percentage breakdown by star, we don’t use a simple average. Instead, our system considers things like how recent a review is and if the reviewer bought the item on Amazon. It also analyses reviews to verify trustworthiness.

Lyn
4.0 out of 5 stars Local language difficult to follow
Reviewed in Australia on 19 December 2016
Verified Purchase
It took me a while to get my head around the way the book was written. And difficult to understand some of the local language .Good insight into her life. Not certain yet whether I will buy any more of her books
Read more
One person found this helpful
Helpful
Report abuse

Pearl Whitehouse
4.0 out of 5 stars Love and Laughter with Dawn
Reviewed in Australia on 10 April 2015
Verified Purchase
I love Dawn's hilarious attitude to life and her cooky and happy acceptance of her own physical, less than perfect body. Her inner beauty shines through and draws the reader into her space , so that one's own notions of beauty and self image are forever changed for the better.
Read more
Helpful
Report abuse

Judy Melbourne
2.0 out of 5 stars Dawn French's book
Reviewed in Australia on 26 May 2014
Verified Purchase
I thought Dawn's writings would have more zap to them. I prefer her on the box rather than her literary effort.
Read more
Helpful
Report abuse

Alice the BAD
5.0 out of 5 stars Dear Dawn French fans
Reviewed in Australia on 3 August 2014
Verified Purchase
Heart warming and amusing autobiography of Dawn's life and times, so far. Revealing in some parts of the darker side of a very funny actor and comedienne
Read more
One person found this helpful
Helpful
Report abuse

Kiely
5.0 out of 5 stars Dear Fatty
Reviewed in Australia on 6 June 2014
Verified Purchase
You're a funny lady. Some sad bits of course but I really enjoyed this book.
Gave me more insight into the lady I love to watch.

lindsay devereux
2.0 out of 5 stars wonderful comedienne, average book.
Reviewed in Australia on 18 May 2014
Verified Purchase
Format of Dawn's book written as letters doesn't work for those of us who are not Brits as we are not aware of

Swee-lee O.
5.0 out of 5 stars A wonderful, heartwarming and extremely funny memoir
Reviewed in the United Kingdom on 30 May 2020
Verified Purchase
I have always loved Dawn French since the days of the Vicar of Dibley. This memoir told so well in the form of letters to people who mean a lot to her, or have been an important part of her life at some point. I can hear her voice so clearly in the words she writes.
It’s not all light hearted, her first boyfriend’s father dies at a teen party hosted at the boyfriend’s house and she loses her own father, who takes his own life when she is only 19. You also realise that she has struggled with the heart ache of trying to conceive. Eventually adopting her daughter, Billie.

Throughout all this, she has had a life that many can only dream of, and following an incredibly difficult career path. She has genuinely inspired me, to love who I am and to look for opportunities that will not only encourage personal growth, but more importantly, ones that make you happy.

I love my kindle!
5.0 out of 5 stars A great read!
Reviewed in the United Kingdom on 25 October 2012
Verified Purchase
I'm not a big reader of autobiographies and whilst I really like Dawn French and find her hugely amusing I wouldn't describe myself as a big Dawn French fan, but I absolutely loved this book!
It is laugh out loud funny and beautifully poignant at the same time. Her descriptions of the fashions had me in stitches, being of a similar age to Dawn I remember the cheesecloth tops, hot pants and espadrille sandals. Her description of the "revenge" outfit she wore for the wedding when she was not chosen to be a bridesmaid had me convulsing with laughter. I kept trying to relate paragraphs out loud to my sister but couldn't make any sense as I was laughing so much........she read it herself in the end and loved it!
On the other hand the death of her father, the adoption of her daughter and her relationship with Lenny Henry are described with such beautiful poignancy and sensitivity it brought a lump to my throat and tears to my eyes.
I had assumed that the "Dear Fatty" in the title was Dawn herself but it is actually how she addresses her longtime friend and professional partner Jennifer Saunders.
I chose the audio version of this book as I wanted to listen to it lying by the swimming pool and at the beginning Dawn tells us that because of the memories and feelings it evokes within her she would have found it impossible to read it herself. It is actually read by Liza Tarbuck who does a fantastic job and sometimes it is hard to believe it is not Dawn herself who is reading it.
I would read far more autobiographies if they all had the entertainment factor and the quality of writing that Dear Fatty has.

Amazon Customer
5.0 out of 5 stars A surprisingly good memoir
Reviewed in the United Kingdom on 13 September 2018
Verified Purchase
If you've ever watched the Vicar of Dibley and had a warm, fuzzy feeling, this is the book for you. I usually steer well clear of autobiographies but enjoyed this immensely (apart from the bizarre letters to Madonna). Dawn's warm personality and touching bonds with family shine through on every page. One chapter in particular is heart-wrenching and worth the read, I think, for anyone who has suffered the pain of the suicide of a loved one, as I have. All the questions, bewilderment and frustration are laid very bare indeed. This is one of those rare things - an autobiography I would read again.
Read more
One person found this helpful
Report abuse

Martin Hellewell
4.0 out of 5 stars Fascinating insight into the real Dawn
Reviewed in the United Kingdom on 9 September 2020
Verified Purchase
I almost gave up on this book when I read some of the letters it comprises because they seemed silly and pointless but I'm glad to have picked it up again.

Later letters share some very moving insights into Dawn's family life and the price of fame.

Letters to her father after his suicide are particular poignant.
Read more
Report abuse

Anillorac
4.0 out of 5 stars If you like French's style.....
Reviewed in the United Kingdom on 29 August 2013
Verified Purchase
you will like this innovative way of recalling significant people, places and events that have formed her values and guided her career. Always underpinned with French's self mocking humour which is a joy to read of course but in the written word this reader began to ask if this was not sometimes a way of brushing aside unwanted negatives feelings, like anger and sadness.

She is self revealing but deftly maintains the boundaries that protect others in her life, who she counts as precious; she is less coy about those who have been less than loyal and protective to her.

Funny, honest, sometimes a little too keen to insist the reader knows how at home she is with her sexuality perhaps - but always entertaining. And let's face it she is a great entertainer. Of course as our paths have sometimes followed similar routes (literally) her references to Plymouth, Cornwall, a number of RAF stations and St Dunstans' Abbey, might mean I am a tad biased. I could be echoing her frantic attempts to impress her adolescent crushes - except I never fancied Davey Jones. Would have given Hugh Grant a go though if he had played his cards right. On the other hand, the solace she finds on the shoreline of Rock is something I won't mock or dismiss, as French the Entertainer. Right there with you sister - it never fails me and I have known that place since I was a wee thing :-)
Read more
Report abuse
See all reviews
Get FREE delivery with Amazon Prime
Prime members enjoy FREE Delivery and exclusive access to movies, TV shows, music, Kindle e-books, Twitch Prime, and more.
> Get Started
Back to top
Get to Know Us
Make Money with Us
Let Us Help You
And don't forget:
© 1996-2020, Amazon.com, Inc. or its affiliates