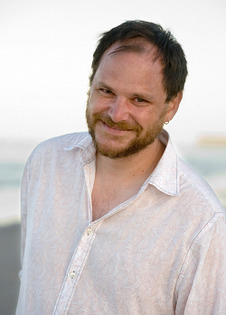 When he emerged in 2010, Adelaide based Intensive Care Nurse and author Dean Mayes, had almost given up on the prospect of ever being published. by then in his 30's with several abortive writing attempts under his belt, Dean believed he had missed his opportunity. But Dean had an idea for one last story he wanted to tell and, rather than allow it to wither and die in his imagination, he decided to blog it instead.

Quite unexpectedly, Dean's blog took off and after a chance encounter with Canadian based publisher Central Avenue in mid 2009, Dean's dream like tale about a young man who discovers he has taken on the memories and dreams of a complete stranger, became his first novel. Dean was signed to an initial two year contract and in 2010 "The Hambledown Dream" was published. The novel has since gone on to receive global attention and critical acclaim.

Dean set about penning a follow up novel that was not merely a repeat performance and in 2012 "Gifts of the Peramangk" a powerful Australian family saga. Chronicling a dysfunctional Aboriginal family in the struggle streets of Adelaide's suburban fringe, "Gifts of the Peramangk" has been described as significant literary achievement. In October 2013, it was nominated as a finalist in the prestigious EPIC Awards for contemporary fiction.

Dean's third feature length novel, a psychological thriller set in Melbourne called "The Recipient", showcased his ability to cross genres and deliver a taut and gripping tome about a heart transplant patient who discovers her organ donor was a murder victim - and that the murder remains unsolved.

Dean returns to his romantic roots with "The Artisan Heart", his fourth novel with Central Avenue Publishing.

He is currently working on a sequel to "The Recipient".

He lives in Adelaide, Australia with his partner Emily, their two children Xavier and Lucy. An Intensive Care Nurse with over 15 years of clinical experience in adult, paediatric and neonatal medicine, he can often be found lying on a hospital gurney at 3 in the morning with a notebook in hand, madly scribbling ideas while on his break.

Dean is represented by Michelle Halket and is published by Central Avenue Publishing of Vancouver, Canada. 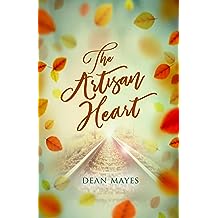 The Artisan Heart 01/09/2018
by Dean Mayes
( 10 )
$7.94
Hayden Luschcombe is a brilliant paediatrician living in Adelaide with his wife Bernadette, an ambitious event planner. His life consists of soul-wrenching days at the hospital and tedious evenings attending the lavish parties organized by Bernadette.

When an act of betrayal coincides with a traumatic confrontation, Hayden flees Adelaide, his life in ruins. His destination is Walhalla, nestled in Australia's southern mountains, where he finds his childhood home falling apart. With nothing to return to, he stays, and begins to pick up the pieces of his life by fixing up the house his parents left behind.

A chance encounter with a precocious and deaf young girl introduces Hayden to Isabelle Sampi, a struggling artisan baker. While single-handedly raising her daughter, and trying to resurrect a bakery, Isabelle has no time for matters of the heart. Yet the presence of the handsome doctor challenges her resolve. Likewise, Hayden, protective of his own fractured heart, finds something in Isabelle that awakens dormant feelings of his own.

As their attraction grows, and the past threatens their chance at happiness, both Hayden and Isabelle will have to confront long-buried truths if they are ever to embrace a future.
Read more
Other Formats:: Paperback
includes tax, if applicable 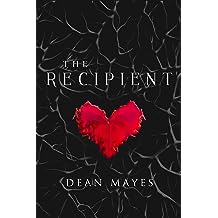 The Recipient 01/05/2016
by Dean Mayes
( 30 )
$8.63
"Overall, a great read that was fascinating medically and had great character development."—Christina Boswell, Manhatttan Book Review

"With a highly original and well-developed plot, Dean has crafted a superior page turner which fans of the thriller genre will enjoy."—Marcia, bookmusterdownunder.blogspot.ca

Casey Schillinge is a vivacious young woman on the verge of making her mark on the world. While backpacking, she is struck down by a tropical disease and suffers cardiac failure. But at the eleventh hour, Casey receives a life-saving heart transplant and a rare second chance to begin again.

Three years later, Casey has become a withdrawn shell of her former self: she is estranged from her loved ones, afraid of open spaces and rides the line between legitimate and criminal work. The worst of her troubles come in the form of violent night terrors; so frightening that she resorts to extreme measures to keep herself from sleeping. When she can take no more, she embarks on a desperate search for the source of her dreams. ?In so doing, she makes a shocking discovery surrounding the tragic fate of the donor whose heart now beats inside her chest. As she delves deeper into the mystery of her donor, she realizes her dreams are not a figment of her imagination, but a real life nightmare.

Be sure to also read Dean Mayes' other novels:
The Hambledown Dream
Gifts of the Peramangk
The Artisan Heart
Read more
Other Formats:: Paperback
includes tax, if applicable 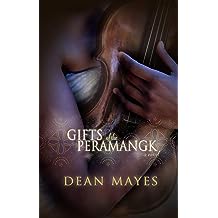 In 1950s Australia, during the height of the divisive White Australia Policy, Virginia, a young Aboriginal girl is taken from her home and put to work on an isolated and harsh outback station. Her only solace: the violin, taught to her secretly by the kind-hearted wife of the abusive station owner. However, Virginia's prodigious musical gift cannot save her from years of hardship and racism.

Decades later, her eight year old granddaughter Ruby plays the violin with the passion Virginia once possessed. Amidst poverty, domestic violence and societal dysfunction, Ruby escapes her circumstance through her practice with her grandmother's frail, guiding hand. Ruby’s zeal attracts the attention of an enigmatic music professor and with his help, she embarks on an incredible journey of musical discovery that will culminate in a rare opportunity. But with two cultural worlds colliding, her gift and her ambition will be threatened by deeply ingrained distrust, family jealousies and tragic secrets that will define her very identity.

"Dean writes so beautifully, that you can hear the music playing."–Books Complete Me

Be sure to also read Dean Mayes' other novels:
The Hambledown Dream
The Artisan Heart
The Recipient
Read more
Other Formats:: Paperback
includes tax, if applicable 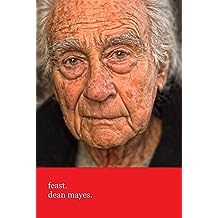 Australian author Dean Mayes (Gifts of the Peramangk, The Hambledown Dream, The Regenesis Cluster) poses a thought provoking essay that will leave you emotionally moved and crackling with possibilities.
Read more
includes tax, if applicable 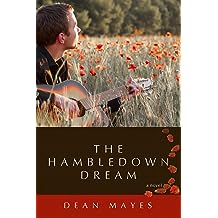 The Hambledown Dream 01/04/2010
by Dean Mayes
( 29 )
$8.07
"The Hambledown Dream features beautiful writing, a bit of magic, a touch of music, compelling characters, and the passion of two souls reaching for one another across the burden of distance and impossibility. I was both absorbed by the novel, by its lyrical prose that reads like a song, and moved by the storyline of a man whose love is so strong, even death cannot stop it. The Hambledown Dream is at times gritty, but it's real and life affirming, filled with poignant longing. It's an emotional book that pulls you in by the heartstrings."—Carolina Valdez Miller, author

Australian Denny Banister had it all; a successful career, a passion for the guitar, and Sonya - the love of his life. Tragically, Denny is struck down with inoperable cancer. Andy DeVries has almost nothing; alienated from his family, moving through a dangerous Chicago underworld dealing in drugs, battling addiction while keeping a wavering hold on the only thing that matters to him: a place at a prestigious conservatory for classical guitar in Chicago. As Andy recovers from a near fatal overdose, he is plagued by dreams - memories of a love he has never felt, and a life he's never lived. Driven by the need for redemption and by the love for a woman he's never met, he begins a quest to find her, knowing her only by the memories of a stranger and the dreams of a place called Hambledown...

Be sure to also read Dean Mayes' other novels:
Gifts of the Peramangk
The Artisan Heart
The Recipient
Read more
Other Formats:: Paperback
includes tax, if applicable
Back to top
Get to Know Us
Make Money with Us
Let Us Help You
And don't forget:
© 1996-2021, Amazon.com, Inc. or its affiliates