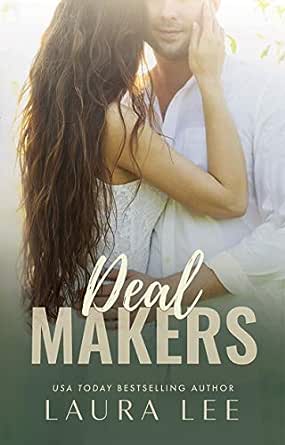 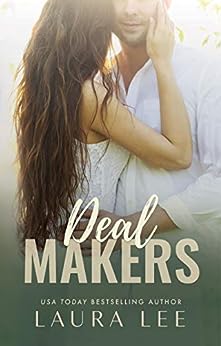 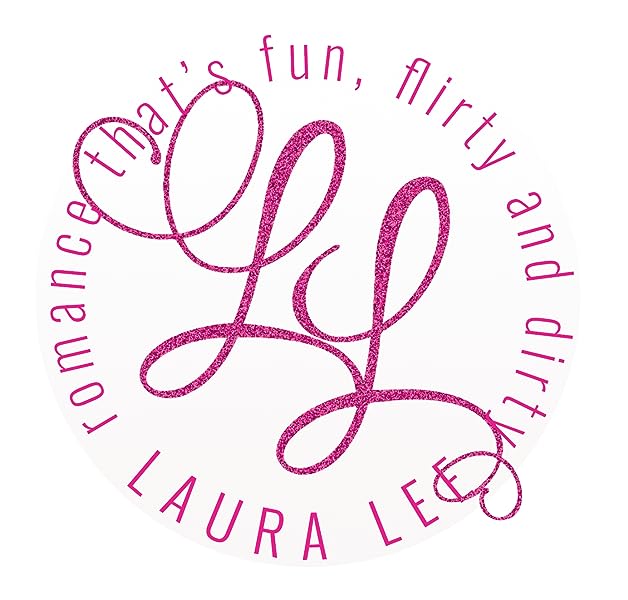 I mean, not literally, because that would be disgusting. But I did break one of the cardinal rules of Bro Code, which is equally appalling. You see, I fell for my best friend's sister after he explicitly forbid me to go near her. As if that weren't bad enough, I went ahead and married her while sh*tfaced in Vegas.

I know that I should get an annulment and forget the whole thing ever happened, despite the fact that our wedding night was the hottest thing I've ever experienced.

The last thing I should do is go back for seconds.

And what I definitely shouldn't do, is say f*ck the consequences and give this marriage a real shot.

But here's the problem with that: I'm pretty sure that Charlotte Harris is the one. And if that's the case, nothing is going to keep me away from her. Not even her brother.
*Deal Makers is a brother's best friend / firefighter / best friend's sister romance filled with lots of laughs, drunken Vegas shenanigans, and hot sexy times. It is the third installment in the Dealing With Love series but each one can be read as a standalone.

sharon jones
TOP 500 REVIEWER
5.0 out of 5 stars Drew & Charlee
10 January 2019
Format: Kindle Edition
Reviewed on behalf of 3 Degrees of Fiction book blog.
Well I couldn't ask for a better book to start the new year off with. The only thing I'm disappointed in is that I haven't read the first two books in the Dealing With Love series.
Drew is Brody's best friend and has only recently met Brody's sister Charlee. I loved how they couldn't stay away from each other, knowing that Brody would not be happy. I also liked how the story jumped from past to present. This was done seamlessly.
There were plenty of laughs throughout the book. But mostly what I found most enjoyable was the great cast of characters. Now I know that several of them have had their stories previously written, and I am going to make sure I read them too.
Read more
Helpful
Comment Report abuse

Lisa
TOP 1000 REVIEWER
5.0 out of 5 stars Great story
4 January 2019
Format: Kindle Edition
The bro code is leave your best friends sister alone but that’s not what drew does. He married charlee in Vegas. They have chemistry that’s off the charts. Now what to do stay married or not

Nikki McKellar
5.0 out of 5 stars Loved it
5 January 2019
Format: Kindle Edition
I voluntarily reviewed a copy of this book

What a book. A must read. Not going to spoil the story like most but you will love it
Read more
Helpful
Comment Report abuse

Sarah P
TOP 500 REVIEWER
5.0 out of 5 stars I loved these characters
3 August 2019
Format: Kindle Edition
This story has to be my favourite from this series of standalones. These characters had me addicted
Read more
Helpful
Comment Report abuse
See all 4 customer reviews
Write a customer review

This book is full of funny, sexy, and angst. Just the equation for a nice, quick, enjoyable read. And that was what this was for me. Enjoyable. Fast, but not too fast. Funny and sexy.

This book is technically book three in a series, however, one would have no problems reading it all on its own. You do miss the backstory of the other characters and how they got together, but you don't really miss a lot when it concerns these two in the previous books. I have read all three, and am telling you with full confidence, you can start with this if you please, but to remember this happens after the previous two books.

I really did enjoy this one. The characters and plot had me giggling and fanning myself quite a bit. Getting the full story of how things happened and what happens after was a fun ride.

Honesty: This could have been a five star read for me. Could have. If you follow my reviews, then you know I am not a fan of a lot of sex. For me, there was a bit too much sex in this one. I get it. They were highly sexually attracted to one another. Aside from the first drunken night, given the circumstances, I wish some of the beginning (after the drunken night) would have been more angsty build up to later scenes. Not just for less sex, but for a more emotional impact when other things happened.

Overall, I really enjoyed this story. I know many others are going to enjoy it as well. If you are reading this, and you haven't picked up this series, I do recommend giving it a shot!
Read more
23 people found this helpful

Lisalou
2.0 out of 5 stars Disappointed
2 February 2019 - Published on Amazon.com
Format: Kindle EditionVerified Purchase
I liked the blurb and thought this would be a good read based on the first few reviews. However, I found this whole story irritating. They are all late 20s to early 30s and talk non-stop about sex like they are immature teenagers. There is not a single chapter where you really get to know the characters or their story without raunchy sex talk or sex scenes. There is no real build to their story or depth. It's all based on sex, sex, sex. I literally felt like this was just a porno.
The other problem I have with this sorry is her brother Brody. Completely annoying how immature he was about the situation and how he acted like a child throwing a tantrum over their relationship. He's completely hypocritical. He was the same exact person as Drew before he got with his girlfriend, but says how she changed him. Yet he can't understand how Drew feels about his sister? I'm not even done with the book, at 80%, but thinking I might just drop it now. Not sure I care enough how it ends.
Read more
4 people found this helpful

Crystal E
5.0 out of 5 stars RomCom at its finest!
6 January 2019 - Published on Amazon.com
Format: Kindle EditionVerified Purchase
Is there an option for more stars? I freaking LOVED this book!! I was excited to read Drew and Charlee’s story, especially after we got a glimpse of them in Laura’s Christmas short, but I wasn’t sure if I was going to love them as much as I loved Brody and Rainey in Deal Takers.
Well.... happy to report that I laughed just as hard... probably even harder during Deal Makers!

I love how the author totally takes us in the head of the characters. Drew and his conversations with his certain ^anatomy part^ are freaking hilarious. I love how unfiltered Charlee is she can totally dish it out just as well as the guys do.

I will say, I was laughing reading the first page, really the first paragraph. Laura Lee has a way of pulling you into her book immediately. I seriously could not put this one down today. Great detail in the writing! Made me feel like I was right there with the characters!!
Read more
3 people found this helpful

Catlou
5.0 out of 5 stars Delightfully Humorous & Steamy Romance
4 January 2019 - Published on Amazon.com
Format: Kindle EditionVerified Purchase
Drew is trying very hard not to violate the Bro Code, but Charlee is just too big a temptation. What could one night in Vegas hurt? After all what happens in Vegas, stays in Vegas, or not. When you are laughing before the end of the first chapter, you know you’re in for a great time. There is so much I could say about this book, but I don’t want to spoil any of this marvelous read. This tale is full of laughter, a few tears, and plenty of steamy romance, and in between a wonderfully engaging story.

The characters are extremely appealing, and the storyline is very entertaining, holding your interest from beginning to end. As with the other stories in this series, this can be read as a standalone, but the characters are integrated throughout each story. Getting a view of their ongoing lives will increase the enjoyment for those who have read the previous books. I highly recommend this enjoyably amusing and delightful romance and series!
Read more
One person found this helpful

Nadine Bookaholic / Nadine's Obsessed with Books
4.0 out of 5 stars Funny and Sexy all in one great read
4 January 2019 - Published on Amazon.com
Format: Kindle EditionVerified Purchase
Dealing With Love has been an enjoyable series and I am sad to see it come to an end. I have enjoyed watching the friends and family come together to find their HEAs. Each book can be read as a standalone but I highly suggest you read them in order because each of the characters play a main role in all of the books.

In Deal Makers, we are gifted with Charlee and Drew's story. A little background for you, Charlee is Brody's sister, Brody had his HEA in Deal Takers, and Drew is Devon's brother, Drew had her HEA in Deal Breakers. As you can see this is a close group of friends and siblings so really it's not surprising that Charlee and Drew found their way together. What was surprising was them waking up in Vegas MARRIED!!! I have to warn you that BRO CODE came to play big time in this story and whether you're a fan of it or not it was a major deal that honestly took me by surprise. I know there is always talk of "You better not look at my sister or else" but this story brings that to a whole new level...for me anyway.

Laura Lee was a new to me author when I began the series but she is quickly becoming someone I am on the lookout for when she publishes a new book. Laura Lee's books are funny yet emotional at times, and the chemistry is always sizzling.
You cannot go wrong if you're looking for a book that will not only make you laugh but set your kindle ablaze by picking up any of the three books in this series. Happy Reading!!!

**I voluntarily reviewed an Advanced Readers Copy of this book**
Read more
Go to Amazon.com to see all 93 reviews 4.5 out of 5 stars
Get FREE delivery with Amazon Prime
Prime members enjoy FREE Delivery and exclusive access to movies, TV shows, music, Kindle e-books, Twitch Prime, and more.
> Get Started
Back to top
Get to Know Us
Make Money with Us
Let Us Help You
And don't forget:
© 1996-2020, Amazon.com, Inc. or its affiliates