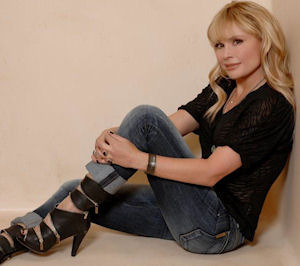 Brenda Joyce is the New York Times and USA Today bestselling author of more than two dozen novels. She lives in southern Arizona with her significant other, her son, and her dogs, Arabian horses, and cat.

Jana L.Perskie
2.0 out of 5 stars A cutesy piece of fluff!
Reviewed in the United States on 16 September 2005
Verified Purchase
Francesca Cahill is a member of New York City's social elite. She lives in a Fifth Avenue mansion, with her parents and older brother, attends glittering society balls and fundraisers, and allows herself, occasionally, to be courted by the town's most eligible bachelors. However, she is a marginal player, at best, in the comings and goings of Manhattan's rich and famous, to her mother's dismay. Francesca is extremely bright and is determined to do something with her mind other than plan dinner parties. Unbeknownst to her mother, she has enrolled in Barnard College with aspirations to become a journalist. Fran is also active in major societal reform movements, especially the Ladies Society for the Eradication of Tenements.

At one of her mother's numerous parties, she is introduced to newly appointed police commissioner, Rick Bragg. As they spar about local politics, he takes note that the lovely young women has the proverbial brains as well as beauty. She notices that he's not so bad himself. Later in the evening, she goes into her father's library to take a breather and finds an unopened note on top of the mail, marked URGENT, but not addressed to anyone in particular. So she opens it and reads, "A is for Ants. If you want to see the boy again, be at Mott and Hester Streets at 1 P.M. tomorrow." Fran is initially intrigued by the note, but then dismisses it as a prank and returns to the festivities. After all, no one she knows is missing.

The next morning when she discovers that her next door neighbors' small son, Jonny Burton, has disappeared, she remembers the note, takes it across the street, and hands it over to....Inspector Bragg, you guessed it. Who else would be in charge of such an important investigation? As much as Bragg tries to discourage her from making private detecting her business, Francesca is determined to investigate. She finds herself traveling into a world far different than any she has previously known, except, perhaps, in the novels of Charles Dickens.'

I was really disappointed in "Deadly Love," at best a cutesy piece of fluff. Author Brenda Joyce starts off with an interesting premise - a society girl/college student sleuth in 1902 NYC. The Cahills have possibilities as characters/family: strong, affectionate businessman father, (pulled himself up by the bootstraps); stereotypical mother, determined to marry-off her children well; smart, caring big brother, but flawed - with a tendency to gamble and accumulate debts; big sister Connie, married to the very handsome British Lord Neil Montrose, who is a bit of a rake. Francesca, who begins as an interesting young woman, winds-up an airhead. And she is supposedly intelligent! She bumbles as badly, at times, as Bragg's police, forerunners of the Keystone Cops. The chemistry between Francesca and Bragg, starts off with sparks, then deteriorates, because how can a silly woman with frivolous dialogue be sexy? And he pays attention?!

The mystery is not very complex, unless you have this motley crew investigating. Then the police procedural needs an additional 100 pages and plenty of overtime to get solved. Plus all the loose ends are never tied up. Save your time and money. This is only the first in a series, however, so perhaps Ms. Joyce will hit her stride. The setting and concept are worth another try.
JANA

Island Girl
3.0 out of 5 stars Excellent historical mystery romance series
Reviewed in the United States on 22 January 2006
Verified Purchase
OK, I only gave this book 3 stars. Mainly because Francesca is so wet behind the ears and naive that she is just a little tiresome. However! Francesca is a VERY quick leaner and the series becomes fascinating if you persevere. By book three there is so much happening with Francesca and a host of interesting secondary characters that you can't put them down! By book four the various romances are sizzling and Francesca has quite a track record as a sleuth. It takes until book 10 to get her to the alter although more importantly she has put several murderers behind bars and done what she can for the downtrodden.
Read more
3 people found this helpful
Report abuse
See all reviews
Get FREE delivery with Amazon Prime
Prime members enjoy FREE Delivery and exclusive access to movies, TV shows, music, Kindle e-books, Twitch Prime, and more.
> Get Started
Back to top
Get to Know Us
Make Money with Us
Let Us Help You
And don't forget:
© 1996-2020, Amazon.com, Inc. or its affiliates