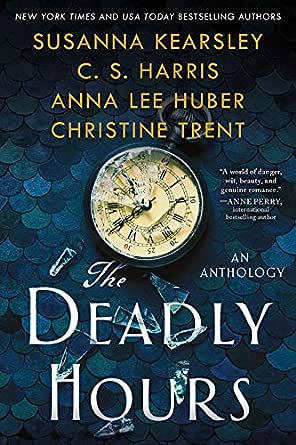 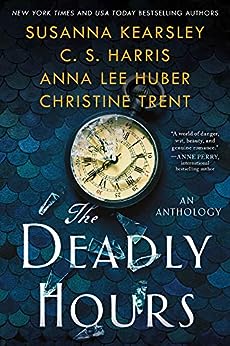 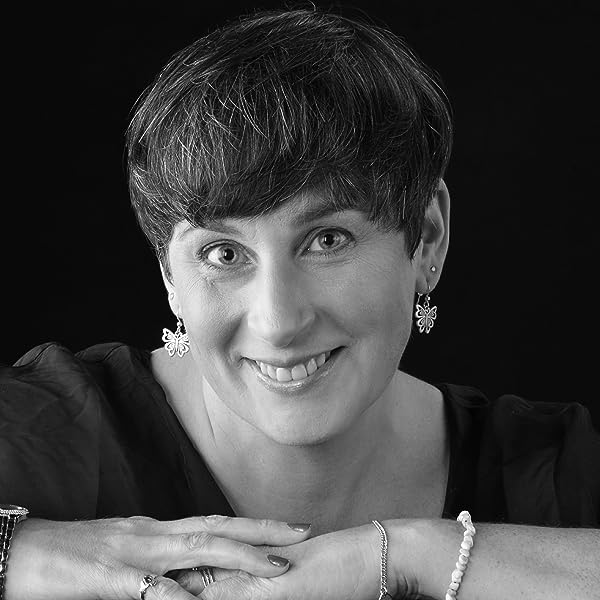 "An anthology that spans multiple centuries and continents.... strong [and] cleverly linked by the mystery of the cursed watch, and readers will be pleased by the ultimate, satisfying resolution." - Booklist

"A gold watch rumored to be cursed links the plots of the four novellas in this superior anthology... This is a solid introduction to authors who deserve a wider readership." - Publishers Weekly

"What a treat!" - Victoria Thompson, USA Today bestselling author of Murder on Pleasant Avenue --This text refers to the paperback edition.

Susanna Kearsley is a New York Times and USA Today bestselling author and RITA award winner. Known for her meticulous research, exotic settings, and compelling time-slip fiction, she hit the bestseller lists with The Winter Sea and The Rose Garden, both RITA finalists and winners of RT Reviewers' Choice Awards. She lives in Canada, near the shores of Lake Ontario.

C. S. Harris is the national bestselling author of more than two dozen novels, including the Sebastian St. Cyr Mysteries. Under the pen name C. S. Graham, she co-authored a thriller series with former intelligence officer Steven Harris and, as Candice Proctor, wrote seven award-winning historical romances. A respected scholar with a PhD in nineteenth-century Europe, she is also the author of a nonfiction historical study of the French Revolution. She lives with her husband in New Orleans.

Anne Flosnik is an accomplished British actress with lead credits in stage, TV, commercials, voiceovers and audiobooks. She has over 300 audiobook titles, in all genres, to her credit, along with several awards and distinctions. These include an American Library Association Special Services for Children Award, two AudioFile Earphone Awards, a Sukey Howard Favorite Selection, USA Today Recommended Listening, and three Audie Nominations. --This text refers to the audioCD edition.

4.3 out of 5 stars
4.3 out of 5
277 global ratings
How are ratings calculated?
To calculate the overall star rating and percentage breakdown by star, we don’t use a simple average. Instead, our system considers things like how recent a review is and if the reviewer bought the item on Amazon. It also analyses reviews to verify trustworthiness.

Amazon Customer
2.0 out of 5 stars Not like her other books
Reviewed in the United Kingdom on 22 October 2020
Verified Purchase
It wasn't a page turner for me as Susannah 's previous books, if I am honest.
It was good to see lovely Daniel Butler popping up in the story.
Please, Susannah, could you write something like Rose garden or Mariana again?
Read more
Report abuse

Faye
5.0 out of 5 stars Four wonderful interwoven story tellers!
Reviewed in Canada on 26 September 2020
Verified Purchase
This book contains 4 separate but interconnected stories with a common element that keeps you glued to the page throughout. These four best selling authors (all favourites of mine) follow a cursed watch through two centuries, describing how this object changes fortunes and lives for the better and worse. The separate stories are each amazing and together build up to an amazing and memorable ending. I highly recommend it!
Read more
Report abuse

Rhonda
1.0 out of 5 stars Not 1 story...
Reviewed in Canada on 25 September 2020
Verified Purchase
I was expecting this to be 1 story, it’s not! It’s a bunch of short stories! Not my thing!
Read more
Report abuse

B. Rogers
4.0 out of 5 stars Four Mysteries - Four great authors
Reviewed in the United States on 21 September 2020
Verified Purchase
Deadly Hours contains four novellas by four exceptional authors. Each tale deals with the curse placed on gold stolen from a church in 1697. Some of that gold is made into a beautiful watch called La Sirene. Each person who owns the watch, even temporarily, comes to a terrible end. The stories take you from the watch’s creation to its final destruction a couple of centuries later. Or, is it really destroyed and the curse broken???? Two of the authors are longtime favorites of mine – Anna Lee Huber and C.S. Harris and I couldn’t wait to read their contributions. I haven’t read Susanna Kearsley nor Christine Trent, so I was anxious to give some potential new favorites a try.

The stories are in chronological order, so be sure to read them in the order they appear in the book. Skipping around only confuses the timeline – I speak from experience there.

While each of the stories was good, well-written, and well-delivered, the whole just didn’t catch my imagination. I think part of that was that I wanted to know more about each set of characters and the size constraints just didn’t allow for that.

Oh! We have pirates, Jacobites, assassins, and a cursed timepiece all trapped together during a raging storm. What could possibly go wrong there? I think this might have been my favorite of the four stories because it was fast-paced and the characters were very interesting.

Three different ships, all bound for the same place, but from different origination points, are all caught in a horrendous, unnatural storm. All three ships make it to the same port and the passengers have to stay at the same Inn. One ship carries an assassin who is looking to assassinate The Duke of Ormonde, a staunch supporter, and advisor to the king. One ship carries a staunch Jacobite and protector of the king and the Duke. One ship, oops, carries the Duke himself.

The pirate captain carried an unusual timepiece that seemed to strike fear into the heart of another captain. Why? The timepiece was named La Sirene and it had quite a history – which the captain gladly shares. Then – when murder happens …

This was a really good read and an exciting way to start the tale of La Sirene.

In A Fevered Hour by Anna Lee Huber – 4-Stars

I THINK this would be book 4.75 or so in the Lady Darby series because it takes place two weeks after the wedding and before they take off for their honeymoon in the Lake District. You can read this story without reading the Lady Darby series, but it is a really good series if you care to read it.

Keira and Gage are spending a quiet evening at home when Bonnie Brock Kincaid comes knocking on their door – highly distraught. That is highly unusual for the normally cool and aloof Brock. He tells his tale of a cursed watch bringing down his family and all of Old Town Edinburgh. OH! Curses!

Keira and Gage don’t believe anything about cursed timepieces, but when Brock collapses on the floor with some strange malady they immediately think he might have been poisoned. After sending for a doctor and learning that a strange illness is decimating Old Town Edinburg they have to wonder – and investigate.

Can they solve the mystery, find and destroy the timepiece before all of Edinburg is wiped out? Will Brock survive? You’ll just have to read this excellently crafted novella to find out. It is well worth your time.

A Pocketful of Death by Christine Trent – 4 Stars

La Sirene resurfaces again when a newly minted Viscount begins to have all of his relatives disinterred and reburied in a new family plot. Inside a grave, the undertaker handling the removals and reburials finds a lovely and expensive watch wrapped within a pair of gloves. Believing that it must belong to the family of the deceased, she takes it to the Viscount.

Strange occurrences begin within the exclusive Mayfair neighborhood – a murder, then another, then another. Some blame the newly found watch. Some blame a madman. Either way, the undertaker, Violet Harper, being the curious sort, begins asking questions. (Note – Violet Harper is from this author’s Lady of Ashes series.) The more questions she asks, the more confusing the circumstances – there are almost no commonalities among the victims other than they live within the same neighborhood. Yet, La Sirene stops working one hour prior to each death. What does this cursed watch have to do with the deaths?

This was an excellently written story, but it was my least favorite of the four. It seemed to be more slow-moving and plodding than the other stories. As I said, well-written, but it just didn’t catch my imagination.

There is a German spy and a murderer loose in the small English village of New Godwick. Are they one and the same? What do they want? The murderer’s first victim is a lovely old man who is an antiquarian with a vast collection of valuable antiques. One of his most cherished items is missing. That item? A case for a cursed timepiece called La Sirene. Did it contain clues to the location of the timepiece itself?

More deaths and mysterious radio broadcasts to Germany keep MI5 – and a local miss – busy investigating. With Hitler and his henchmen’s interest in all things occult, it is no surprise that they might be looking for La Sirene. Will the spy find it and get it to Hitler? Will our English detectives discover them and retrieve La Sirene? Will the curse end? You’ll just have to read to see.
Read more
5 people found this helpful
Report abuse

P. Priest
5.0 out of 5 stars Brilliant!
Reviewed in the United States on 1 September 2020
Verified Purchase
Brilliantly executed! I absolutely love books about objects that pass through time. Using various authors who write in various time periods to do this, with a watch, is simply amazing! The one author who alerted me to this book is Anna Lee Huber. I love the use of her characters from her Lady Darby mystery series! And now I have three other authors' to read that are new to me. The methods these four authors each use to pass this watch on to the next time period is spectacular, and how the next time period's person finds the watch left me in awe. Wonderfully done!
Read more
5 people found this helpful
Report abuse
See all reviews
Get FREE delivery with Amazon Prime
Prime members enjoy FREE Delivery and exclusive access to movies, TV shows, music, Kindle e-books, Twitch Prime, and more.
> Get Started
Back to top
Get to Know Us
Make Money with Us
Let Us Help You
And don't forget:
© 1996-2020, Amazon.com, Inc. or its affiliates