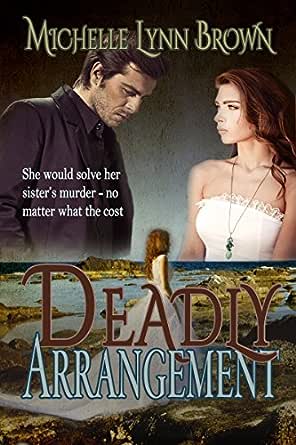 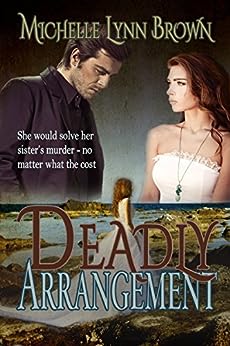 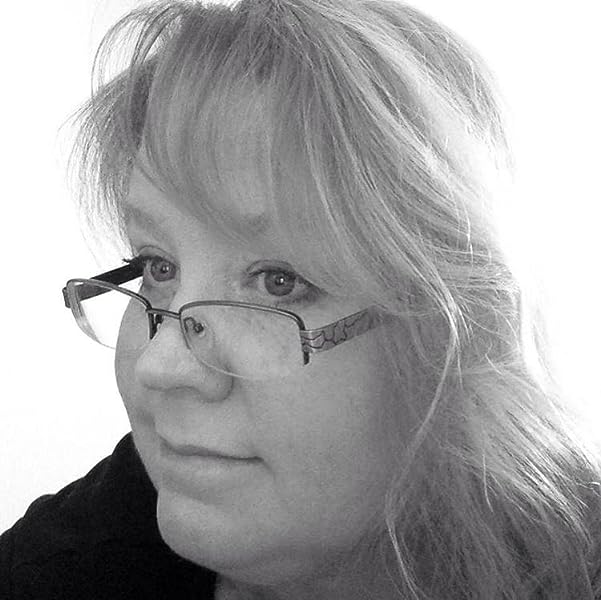 He murdered her sister – and now she’s planning on marrying him?

Bethany Petersen is the rightful heir to the Petersen Estate, but her grandmother’s will states otherwise. Instead, it will go to Walker Keane, the murderer of her sister. The only way she can get control of the estate is through marriage to Walker. The idea is absurd to Bethany, and she assumes he will think so, too. Instead of trying to help her find a way around her grandmother’s stipulation, he asks her to marry him.

So she hatches a plan to not only to get her inheritance back, but once and for all prove that her sister was murdered by Walker. She agrees to his deal. Marriage, even if it is in name only, and then after one year, they will split the inheritance. The ruse of marriage will give her access to the information she needs to prove his guilt.
However, Bethany quickly finds out her plan isn’t as simple as she thought. As the truth begins to unfold, so do her feelings for Walker.

Will buried secrets reveal his innocence, or confirm her suspicions that she’s gotten herself into a deadly arrangement?

DD
4.0 out of 5 stars Deadly Arrangement
1 December 2016 - Published on Amazon.com
Verified Purchase
I enjoyed reading this so much that I want more of Bethany and Walker. Walker was charming, loving and patient. I was in awe of him at the moment he said "Broken people need healing but sometimes don’t know how to accept it.” He scratched his chin before returning his hand to his pocket. His voice was soft, sad, and filled with regret as he admitted, "“Loving broken people is a hard task. You have to go into the dark with them and not get sucked into it yourself."” Bethany was headstrong and broken. I love that Walker could see beyond what she showed to the world. And It was beautiful to see Bethany's transformation from wounded to whole and healed. The moment she surrendered to Christ was beautiful. I hope Michelle Lynn Brown will bring these characters back in another book. I would love to see how married life is going for them and to know if Bethany continues to do her sleuthing.

There was more than just romance in this story. There was suspense and mystery too, and it was awesome. Even though I figureed out early who was behind all the bad things that had happened. There were still some twists and turns that were surprising. And some of the other characters surprised me too.

The Voracious Reader
5.0 out of 5 stars Mystery, Intrigue, and Romance
12 January 2017 - Published on Amazon.com
Verified Purchase
When Bethany Petersen’s grandmother’s will gives her entire estate to Walker Keane, her deceased sister’s husband and the man Bethany believes murdered her, Bethany decides to take the bizarre offer to marry him, stay married a year before divorcing, and then she will get the inheritance. The other advantage is that she will have better access to investigate her sister’s death. However, Walker turns out to be gentler and more caring than she expected.

This novel had a rough start for me. Too many characters were introduced too soon with almost no background information. Walker’s brother, William, also became Wade once in the book. Candice was usually called Constance’s sister, but she was also referred to as her daughter. “Sunk” was used where “sank” was needed, “as” for “because,” “quick” for “quickly,” and “as” for “since.” But the story became good, and I thoroughly enjoyed it, although it was hard to believe that Walker fell in love so quickly.

Cyn
4.0 out of 5 stars What a roller-coaster ride
29 July 2017 - Published on Amazon.com
Verified Purchase
This is a story that takes you by surprise from the plot to the emotions of the characters. There is mystery of Bethany sister’s death, her marriage and everything in between. About half way through you most likely will work out some of it but other parts are a bit surprising. I did wonder just what her grandmother’s true plan was in making the will the way she did. What a really sad story of love, betrayal, trust that is heartbreaking and the man who tried his best to right a wrong. With the opening you will not know who to trust or who to believe. There is murder, lies and deceit spun in a plot that so many people still face today. A story that will break your heart, keep you on the edge, make you wonder just what the mystery is. Was Bethany’s sister killed if so by whom or was it an accident. The plot thickens with the story of two people who have to marry so one can get their inheritance and the other covering up a deadly secrete. Innocent lives are taken why other might deserve what they got.

Ms. Woodworth’s really brought this story to live for me as she pulled me in using emotion filled with sorrow, anger, hurt and pain along with excitement, danger and thrills. I had no trouble picturing the events as they unfold. There is one part where the woman is on the cliff that really came alive in my mind. Her character voices are wonderful as she held me spellbound from the caring sad Walker who is hiding something to Bethany who wants answers. Her tones are right on the mark keeping the listener on the edge waiting for the next shoe to drop. There are no volume changes, no background noise or any repeating of words. If any breaks were taken I could not tell. Her male voices were just as good as her female voices, you have no trouble knowing who is talking and just what they are feeling. Her character voices are just great as well as her normal voice is very pleasant and easy to listen to. The narrator really pulls you into the mystery, the love one man might or might not have had for his wife. You can feel the uneasiness of the characters as they work through the emotions of loss, facing the outcome and the heart break of the past. Ms. Woodworth’s has no trouble pulling of this very emotional listen that captivates you and holds your attention.

I am a little unsure of why the grandmother thought by giving everything to Walker who Bethany believes killed her sister would bring Bethany peace. As the story opens we know someone is dead we are pretty sure it was murder as well as who we think it might be, there is a cover up but we don’t know why. As the story unfolds it is one we can relate to for most of us the issues have touched us in some way. The plot has a wonderful mixture of mystery, murder, who did it and why that keeps the reader hooked. The question is who do you trust and how many lives will be lost before answers are given. I have mixed feeling on Walker at first I didn’t know how to take him he is a cool customer but at the same time very caring. I am unsure how he thought he could give peace to Bethany by marrying her. Their romance moves pretty fast maybe a little too fast for me. I do believe out of the two sisters Bethany is the better match for him. I have to wonder if he married the first sister out of feeling sorry for her. Life isn’t as we see it or even think it might have been. Be prepared for some surprises that will break your heart.

It all comes down to a good plot that leaves me with mixed feeling on a few issues. Did I enjoy it oh yes I did. The narrator really adds a lot to it. I do believe I enjoyed it more listening to although reading it was good as well. What an emotional spin that tips your world upside down. I think this is one I would enjoy listening to again.

Michelle
3.0 out of 5 stars Deadly Arrangement
27 January 2017 - Published on Amazon.com
Verified Purchase
This book could do with some editing, but the story itself isn't bad. It's clean, although the romance does tend to rely on attraction more than anything else, and perhaps moves a little too fast to be believable. Still, I did enjoy mostly enjoy this book. My main objection to it, though, is that some of the story doesn't quite make sense. Without giving too much away, there is a murderer, and they have, naturally, deceived everyone, but the extent of that and how much they managed to gain some innocent help strains credulity.
Read more
3 people found this helpful

Fiske
4.0 out of 5 stars Good book
24 December 2016 - Published on Amazon.com
Verified Purchase
A very interesting read. I read a lot of mysteries, and this one kept you guessing till pretty much the end. Which is how i like them. The only reason 4 in stead of 5 stars is because, it did lack a cohesive emotion thought process.
Read more
2 people found this helpful
Go to Amazon.com to see all 28 reviews 4.4 out of 5 stars
Get FREE delivery with Amazon Prime
Prime members enjoy FREE Delivery and exclusive access to movies, TV shows, music, Kindle e-books, Twitch Prime, and more.
> Get Started
Back to top
Get to Know Us
Make Money with Us
Let Us Help You
And don't forget:
© 1996-2020, Amazon.com, Inc. or its affiliates