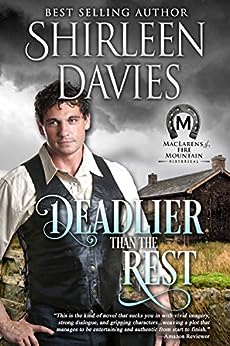 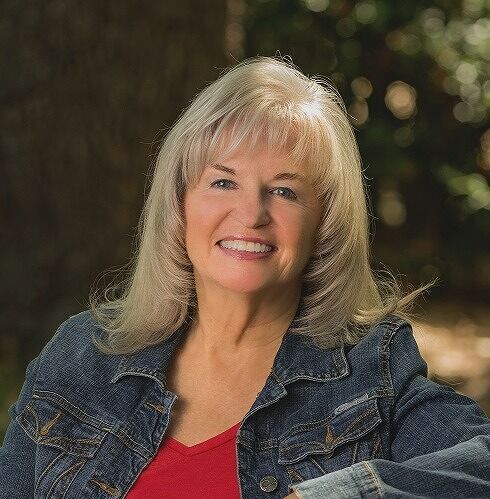 Shirleen Davies writes romance-historical, contemporary, and romantic suspense. She grew up in Southern California, attended Oregon State University, and has degrees from San Diego State University and the University of Maryland. During the day she provides consulting services to small and mid-sized businesses. But her real passion is writing emotionally charged stories of flawed people who find redemption through love and acceptance. She now lives with her husband in a beautiful town in northern Arizona. Shirleen began her new series, MacLarens of Fire Mountain, with Tougher than the Rest, the story of the oldest brother, Niall MacLaren. Other books in the series include, Faster than the Rest, Harder than the Rest, Stronger than the Rest, and Deadlier than the Rest. Book six, Wilder than the Rest, is due for release in early summer, 2014. Her contemporary romance series, MacLarens of Fire Mountain Contemporary, opened with book one, Second Summer. Book two, Hard Landing, released in April 2014, and Book three, One More day, is scheduled to release in midsummer, 2014. --This text refers to the paperback edition.

4.7 out of 5 stars
4.7 out of 5
125 global ratings
How are ratings calculated?
To calculate the overall star rating and percentage breakdown by star, we don’t use a simple average. Instead, our system considers things like how recent a review is and if the reviewer bought the item on Amazon. It also analyses reviews to verify trustworthiness.

Kindle Customer
3.0 out of 5 stars Not as good as previous books in the series.
Reviewed in the United Kingdom on 9 November 2019
Verified Purchase
In this story I thought a lot was left unsaid especially considering all the traumatic situations. It was all swept under the carpet so to speak as everyone just got happily on with their lives.
I felt the focus was on Meggie more than her brother Connor MacLaren, so his 'romance' if you can call it that, was more a minor detail. His character came across as more brittle and colder than the other MacLarens. I did not like it as much as the previous books in this series.
Read more
Report abuse

Tornado 1
5.0 out of 5 stars Better and better
Reviewed in the United Kingdom on 5 September 2014
Verified Purchase
Oh theses stories just keep getting better and better. Connor McLaren is one very driven man who has devoted his life to finding his sister. Complex storyline which twists and turns. It's crazy how much is going on and yet all it does is tease the senses that leaves you begging for more. Never thought I'd love a Western. Think again. Serious issues in this one. What a fantastic author this woman is.
Read more
Report abuse

Alma Harris
2.0 out of 5 stars Disappointed.
Reviewed in the United Kingdom on 11 November 2015
Verified Purchase
Quickly lost interest in this book even tho the subject was what had drawn me in the first place .It seemed to ramble on and I got lost in the many characters,I ended up not finishing it,Disapointing
Read more
Report abuse

toblin
5.0 out of 5 stars story continuing
Reviewed in the United Kingdom on 3 October 2014
Verified Purchase
Again part of a thoroughly enjoyable series with a variety of characters supported by the families introduced in previous books of the set.
Read more
Report abuse
See all reviews
Back to top
Get to Know Us
Make Money with Us
Let Us Help You
And don't forget:
© 1996-2021, Amazon.com, Inc. or its affiliates