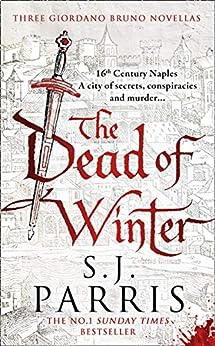 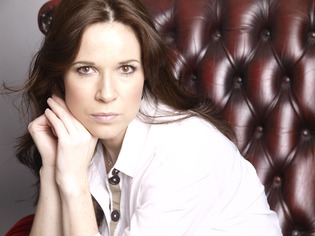 ‘Fans of Parris’s superior mysteries featuring cleric-turned-sleuth Giordano Bruno, seen most recently in Conspiracy, will be delighted by this stellar collection of three novellas from his early years. This is an accessible entry point for newcomers’ Publishers Weekly (starred)

‘A delicious blend of history and thriller’ The Times

‘Colourful characters, fast-moving plots and a world where one false step in religion or politics can mean a grisly death’ Sunday Times

‘S. J. Parris is one of my favourite authors – and unquestionably our greatest living writer of historical thrillers’ A.J. Finn

‘Successful historical thrillers need three elements: a killer plot that weaves seamlessly into the history; an engaging protagonist; and an atmospheric sense of place. Parris nails all three’ The Times

‘Pacy, intricate, and thrilling… Full of historical detail and rich with atmosphere’ Observer

‘I can thoroughly recommend Conspiracy, which twists and turns like a corkscrew of venomous snakes’ Stuart MacBride

‘Parris’s Giordano Bruno series has been a joy’ Sunday Telegraph

‘Impossible to resist … Parris creates a convincing sense of the past, woven with so much intrigue that the head fairly spins’ Daily Telegraph

‘It has everything – intrigue, mystery and excellent history’ Kate Mosse

‘Superbly plotted, shimmeringly written, it will have you on the edge of your seat’ Kate Williams, author of The Storms of War

S.J.Parris is the pseudonym of Stephanie Merritt. It was as a student at Cambridge researching a paper that Stephanie first became fascinated by the rich history of Tudor England and Renaissance Europe. Since then, her interest has grown and led her to create this series of historical thrillers featuring Giordano Bruno. Stephanie has worked as a critic and feature writer for a variety of newspapers and magazines as well as radio and television. She currently writes for the Observer and the Guardian and lives in Surrey with her son.

4.4 out of 5 stars
4.4 out of 5
955 global ratings
How are ratings calculated?
To calculate the overall star rating and percentage breakdown by star, we don’t use a simple average. Instead, our system considers things like how recent a review is and if the reviewer bought the item on Amazon. It also analyses reviews to verify trustworthiness.

Kindle Customer
5.0 out of 5 stars Backstories to the Bruno novels.
Reviewed in Australia on 13 June 2021
Verified Purchase
These three novellas serve to inform the reader of the early life and times of Bruno, his loves, desires, and his professional investigations.
I found them very helpful in understanding the man we meet in the first novel, Heresy. While not strictly necessary to get into the novels they provide the colour to the man we meet and explain some of the references in the novels that are easily glossed over but knowing the backstory adds depth to the plot.
Good reads, easy to get into and insert yourself in the storyline.
Read more
Helpful
Report abuse
See all reviews

basil
1.0 out of 5 stars These are all extracts from previous books
Reviewed in the United Kingdom on 19 November 2020
Verified Purchase
Only purchase if you have not already read previous bruno giordano books
Read more
33 people found this helpful
Report abuse

Mr W.G.Luck
1.0 out of 5 stars Beware this is a compendium of novellas already published.
Reviewed in the United Kingdom on 28 December 2020
Verified Purchase
Unfortunately this is just a compendium of the three Bruno Giordano novellas, do not buy if you have already read these. I found it deceiving that this was offered for pre-purchase at the same time as the last of the novellas, It came across as a new novel, I wouldn’t have purchased it if I had realised it was just a compendium of books I already owned or had ordered.
Read more
12 people found this helpful
Report abuse

RickG
2.0 out of 5 stars Well written but pretty boring
Reviewed in the United Kingdom on 8 December 2020
Verified Purchase
As a murder mystery there isn't much suspense, and for historical interest the only detail is that Bruno lives in a convent (sic) in Naples in 1567 or so and goes to prayers a few times a day, and occasionally slips out to the tavern. Sorry, given most of it away.
Read more
7 people found this helpful
Report abuse

gloria hewitt
3.0 out of 5 stars Disappointed 😞
Reviewed in the United Kingdom on 3 December 2020
Verified Purchase
Disappointed to find I had already read these as individual books.
Read more
10 people found this helpful
Report abuse

Liz L
4.0 out of 5 stars what shaped Giordano Bruni
Reviewed in the United Kingdom on 18 January 2021
Verified Purchase
These three stories backfill the early life of Giordano Bruni. They vary in quality but added together they are a useful and interesting prequel to Parrish's novels. Oddly, each seems to be better than the one before, even though presumably they were all written after at least 1 or 2 of the novels. There are elements that strain my capacity for suspending disbelief, but they do fill 'holes' in explaining Bruni's skills. The one real (and giant) hole in the explaining of his persona is... there is almost no explanation of how he acquired his famous/infamous/astonishing memory. In the novels we learn a little more about the 'how and why' but nothing about what the techniques underlying this skill might be. Frustrating!
Read more
2 people found this helpful
Report abuse
See all reviews
Back to top
Get to Know Us
Make Money with Us
Let Us Help You
And don't forget:
© 1996-2021, Amazon.com, Inc. or its affiliates