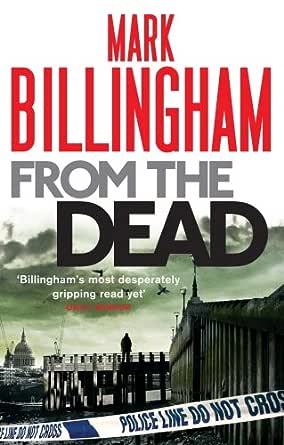 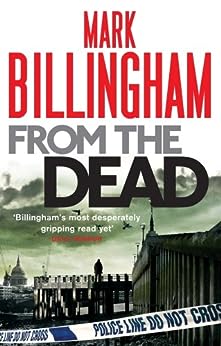 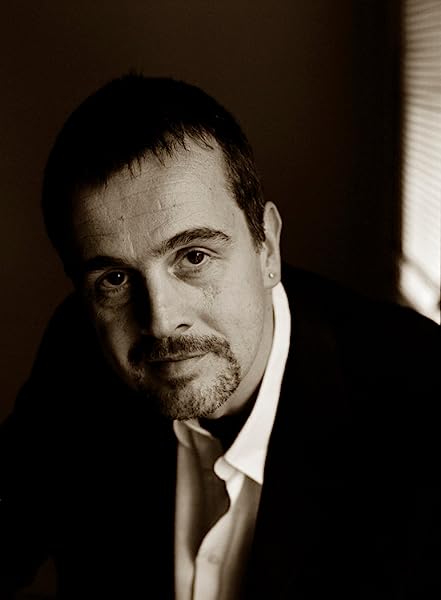 While Billingham has well and truly mastered the modern police procedural, the thing that sets him apart from the crowd is not just his emotional insight, but the way he invariably packs such a heart-wrenching punch... Billingham's most desperately gripping read yet (Mirror) --This text refers to an out of print or unavailable edition of this title.

Mark Billingham has twice won the Theakston's Old Peculier Award for Crime Novel of the Year, and has also won a Sherlock Award for the Best Detective created by a British writer. Each of the novels featuring Detective Inspector Tom Thorne has been a Sunday Times bestseller. Sleepyhead and Scaredy Cat were made into a hit TV series on Sky 1 starring David Morrissey as Thorne, and a new series based on the novels In the Dark and Time of Death will be broadcast on BBC1 in 2017. Mark lives in north London with his wife and two children. --This text refers to an out of print or unavailable edition of this title.

The eagerly awaited new Tom Thorne thriller --This text refers to an out of print or unavailable edition of this title.

'While Billingham has well and truly mastered the modern police procedural, the thing that sets him apart from the crowd is not just his emotional insight, but the way he invariably packs such a heart-wrenching punch... Billingham's most desperately gripping read yet [Mirror]As fictional detectives go, Thorne is one of the most believable and Billingham's deserved status as a world-class crime fiction writer will surely be confirmed when a new television series based on some of his novels is aired this autumn [Daily Mail]Billingham is well aware that we're au fait with most police procedural scenarios and is always working to ring clever and inventive changes on the formula...the tension is fine-tuned with all the usual skill [Daily Express]Most fictional sleuths are flawed but invariably triumphant; Billingham is unusually willing to show his series hero making blunder after blunder [Sunday Times] --This text refers to an alternate kindle_edition edition.

A decade ago, Alan Langford's charred remains were discovered in his burnt-out car. His wife Donna was found guilty of conspiracy to murder her husband and sentenced to ten years in prison.

But just before she is released, Donna receives a nasty shock: an anonymous letter containing a photo of her husband. The man she hates with every fibre of her being - the man she paid to have murdered - seems very much alive and well.

THE RACE AGAINST TIME

How is it possible that her husband is still alive? Where is he? Who sent the photo, and why?

Mark Billingham is twice winner of the Theakston's Old Peculier Crime Novel of the Year award and winner of the Sherlock Award for Best Detective. He has also written drama for children's television and children's books. --This text refers to the kindle_edition_av edition.
Read more

4.6 out of 5 stars
4.6 out of 5
359 global ratings
How are ratings calculated?
To calculate the overall star rating and percentage breakdown by star, we don’t use a simple average. Instead, our system considers things like how recent a review is and if the reviewer bought the item on Amazon. It also analyses reviews to verify trustworthiness.

Angelface
4.0 out of 5 stars Intelligent crime novel
Reviewed in Australia on 29 June 2016
Verified Purchase
I enjoyed this book. Billingham clearly thinks through his plot, does his research and writes intelligently. Thought the videos, background and pics at the end a novel idea and interesting.
Read more
Helpful
Report abuse
See all reviews

Amazon Customer David Lawson
5.0 out of 5 stars Brilliantly written
Reviewed in the United Kingdom on 11 October 2020
Verified Purchase
Now that I am well acquainted with Billingham Thorne novels he deserves the high rating - purely the fine writing.
As always the characters are very well developed and behave consistently .in some ways one is disappointed with Thorne. He never seems to come out his events entirely satisfactorily and sometimes the resolution of the story comes despite his efforts. He's a good soul and one can only hope he resolves his inner tensions and inadequacy in his own relationships.
Read more
Report abuse

West
4.0 out of 5 stars story did not quite add up, but always enjoy Bellingham
Reviewed in the United Kingdom on 9 September 2016
Verified Purchase
I like reading Mark Bellingham and enjoy the character of Thorne.
This story however does not hold up.
The wife had already done time for the murder of her husband, therefor it is doubtful she would have done any more time.
Also why would the husband have pretended to be dead, the kind of character that is portrayed would have had the wife killed or used the knowledge to give her a very hard time, he could however have just wanted out of his present life? but not to continue it elsewhere?
Read more
Report abuse

Cathy
4.0 out of 5 stars Very readable
Reviewed in the United Kingdom on 28 May 2018
Verified Purchase
Perhaps not quite as easy flowing as previous books in the Tom Thorne series, but nevertheless an enjoyable read. Tom seems more irascible than usual in From The Dead but as the chase for Alan Langford gets nearer to its conclusion and his relationship with Louise in trouble, it is not really surprising. Will definitely be reading the next in the series.
Read more
Report abuse

A. Douglas
5.0 out of 5 stars Thorne at his best!!!
Reviewed in the United Kingdom on 28 May 2011
Verified Purchase
This book opens with Donna who has just got out of prison. A few weeks before, she receives a photo of her husband who should be dead as she paid someone to kill him years ago. Thorne is approached by a private investigator who really turns his head. She likes what he likes, even his music. He begins to take the case seriously when people start dying. I thought this was so well written and original. There are a few twists which I didn't expect (and I won't go into as this would ruin your enjoyment) and this made the book fantastic. I cannot wait to read the next one!
Read more
Report abuse

BostonDave
5.0 out of 5 stars Brilliant read
Reviewed in the United Kingdom on 31 March 2016
Verified Purchase
A truly great crime thriller. Very well written and plotted, Mark Billingham is at the top of his game with this book. The "human" side of Tom Thorne is very much in evidence throughout the book but for me this enhanced the read. There is nothing to criticise here, no wonder the author is so well respected in this genre.
Read more
Report abuse
See all reviews
Get FREE delivery with Amazon Prime
Prime members enjoy FREE Delivery and exclusive access to movies, TV shows, music, Kindle e-books, Twitch Prime, and more.
> Get Started
Back to top
Get to Know Us
Make Money with Us
Let Us Help You
And don't forget:
© 1996-2020, Amazon.com, Inc. or its affiliates