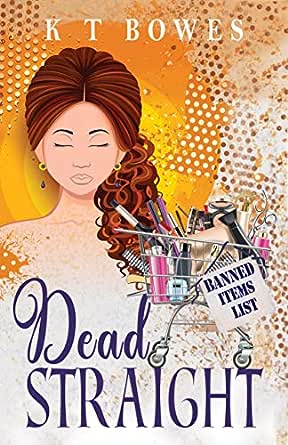 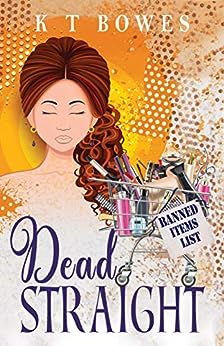 K T Bowes is a bestselling teen and women's author. Her novel A Trail of Lies was the winner of the genre award for Author's Cave in 2014. Since then, her novels have ranked highly on eBook platforms and in print. K T Bowes is an Englishwoman in exile in New Zealand, swapping rugged cosmopolitan for mountain ranges and terrifying rivers. She lives between the Hakarimata Ranges and the Waikato River. The local culture around her infuses all her mystery novels. --This text refers to the paperback edition.

4.2 out of 5 stars
4.2 out of 5
67 global ratings
How are ratings calculated?
To calculate the overall star rating and percentage breakdown by star, we don’t use a simple average. Instead, our system considers things like how recent a review is and if the reviewer bought the item on Amazon. It also analyses reviews to verify trustworthiness.

obrienem
5.0 out of 5 stars Hilariously funny
Reviewed in the United Kingdom on 20 October 2020
Verified Purchase
These books are hilarious - a perfect blend of humour, craziness, suspense and geek. I certainly have a new view of vicars...and lube! Please let there be a third book in the future. Thank you K T Bowes.
Read more
Report abuse

Liz Means
4.0 out of 5 stars I never would have thought to use that there.
Reviewed in the United States on 31 March 2020
Verified Purchase
As a woman who envied seriously curly hair, this fun and sassy book caught my eye. Add a little murder, a collection of attractive (and not so attractive) characters, and I'm hooked. I really liked Kit, her community, her interactions with various members of the story. Most of us can relate to having a dead end job, customer care woes and not enough of something that we want to share. Kit felt real to me, always a great thing, and I felt like we'd be friends. I will likely be following up where this left off. Good friends are worth working for.

The real reason this didn't get 5 stars? Inconsistent details like shoe type of actions that were fairly close together. I know, kind of petty. I will say there was enough struggle to figure out where I "was" and some of the differences in colloquial that being distracted by shoes going from sandals to tennis shoes to sandals in one scene was a diversion from a fun and well thought out mystery.

67Cat
4.0 out of 5 stars Curly hair & lube.....
Reviewed in the United States on 9 November 2020
Verified Purchase
The primary theme is how to un-frizz your hair....using lube in a purple penis shape container. Kit works at a car dealership, she lives in a rented 3 BR house w/2 roommates: Landon, a Vicar & Raki, a college student. Eventually a 3rd one joins the household....another vicar, Jerry, to help Landon. The primary focus of the book is how to find the elusive sex lube for your hair & a lot of rules on how to care for your hair, which products are counter-protective. I wasn't going to give it 4 stars but it got more interesting once Jerry joined the household & turned out to be a vicar, former lawyer, highly competent handyman. He fixed several home repair issues, worked on turning the garage into a habitable space for him to use, rearranged furniture....Jerry was my favorite character. The women in the curly hair club were way too focused on their hair for me. Especially when they rioted at Kit's house because she didn't have enough samples of lube for them. Kit was desperate enough to involve her roommates in purchasing as much lube as possible, including putting the single Vicar in an odd position of purchasing sex lube. Nor did she care when she encouraged him to strip down to his underwear to swim out to a sinking freighter than had a supply of lube. Apparently putting his life at risk so she could get more lube was fine.
He ended up saving a teenager who was trying for a submerged bottle of wine, had his photo taken in his see-thru-when-wet boxers. Kits main focus is her hair & lube. Her boss at work is found dead & the police think it's suspicious. They focus on Kit....so for a brief period, hair & lube take a back seat. Turns out the death was a combination of a fall & heart attack. There was turmoil at work since the employees were engaged in illegal selling of cars, Kit had been involved w/the owner's son, owner's wife tried to kill some of the employees by using a bug bomb, wants to lock them in an office & set a fire . Kit also started working again at a dairy store because she was there when the owner had a heart attack. The end leaves things open as to where she's going to work because it turns out she bought the home they'd been renting....without a job, she didn't know how she could pay the mortgage. Book 2's 1st chapter is included....starts out w/Kit & the dairy store owner slipping around on - you guessed it....spilled lube!
Read more
Report abuse

Kindle Customer
5.0 out of 5 stars READ THIS BOOK NOW! HAVE FUN!!! LEARN STUFF!!
Reviewed in the United States on 23 May 2020
Verified Purchase
As I currently have chosen a super stressful life in the Animal Rescue field, I am in desperate need of some literary relaxation😎 distraction, occasion intellectual stimulations and amusing hijinks that are not necessarily animal related. "Deaf Straight" is just what the Doc would have ordered if he hadn't wasted all his time in med school! Fully formed characters with amusing weaknesses, placed into impossible situations, doing their best to do the right thing, supported (sort-of) by a wacky cast of characters (probably a lot like your own embarrassing family and friends!) truly grabbed and diverted my attentions from my own crabby issues. If you like characters who are occasionally reflective of their own human failings, and you enjoy the stimulation of learning absurd true factoids (win bar-bets!) as well as having the ability to laugh out loud in public while you read, THIS IS YOUR BOOK!!! BUY IT NOW. I swear you'll be so glad you did! I certainly am! In fact, based on the joy I have received from reading this first volume, I'm investing in the whole dang series, so I can encourage the author to write more before I get to the end of these. She's better get a move on, because it only takes me a couple of days to read thru a book with this much fun and feel goods😎🤗🤗🤗🤗
Read more
One person found this helpful
Report abuse

Cozy Mystery Reader
5.0 out of 5 stars Funny
Reviewed in the United States on 17 March 2020
Verified Purchase
Kit is cool. She has cool dudes as room mates. She has beautiful hair. Her adventures are quite the thing as well.
Read more
4 people found this helpful
Report abuse
See all reviews
Get FREE delivery with Amazon Prime
Prime members enjoy FREE Delivery and exclusive access to movies, TV shows, music, Kindle e-books, Twitch Prime, and more.
> Get Started
Back to top
Get to Know Us
Make Money with Us
Let Us Help You
And don't forget:
© 1996-2021, Amazon.com, Inc. or its affiliates