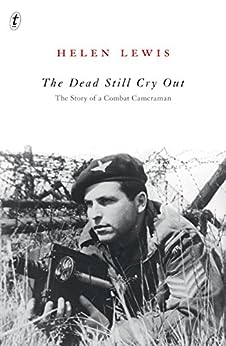 The Dead Still Cry Out: The Story of a Combat Cameraman Kindle Edition

An extraordinary true story about the author's father, Mike Lewis, a British paratrooper and combat cameraman who filmed the liberation of Bergen-Belsen. --This text refers to the paperback edition.

Helen Lewis is a writer, editor and researcher who was born in the UK and moved to Australia when she was twenty-one. She lives in the hinterland of Eden, New South Wales, where she indulges her love of gardening. --This text refers to the paperback edition.

Graham Whelan
5.0 out of 5 stars a good service
Reviewed in the United Kingdom on 9 May 2019
Verified Purchase
a very good read
Read more
Report abuse

mr barry j lanchester
5.0 out of 5 stars I knew Mike Lewis and worked with him when he was a BBC news cameraman.A truley lovely man
Reviewed in the United Kingdom on 24 October 2018
Verified Purchase
Fantastic story and fascinating account of Mike Lewis,s time in the army .
Not for the faint hearted .