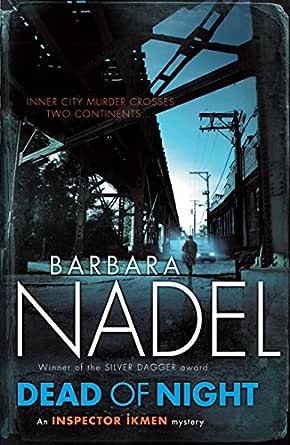 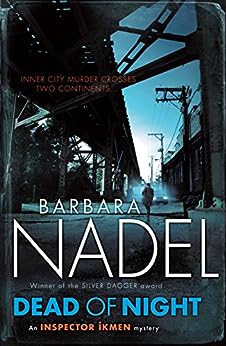 In the fascinating company of Inspector Ikmen... Inter-gang drug war and racial prejudice are only two of the ingredients stirred into the incendiary mix that is Dead of Night - Good Book Guide --This text refers to an alternate kindle_edition edition.

Trained as an actress, Barbara Nadel used to work in mental health services. Born in the East End of London, she now lives in Lancashire and writes full time. She received the Crime Writers, Association Silver Dagger for her novel DEADLY WEB. --This text refers to an alternate kindle_edition edition.

Elaine Tomasso
4.0 out of 5 stars Interesting
Reviewed in the United Kingdom on 7 February 2014
Verified Purchase
I like this series and the exoticism of Instanbul but I equally enjoyed this book. Detroit may not be exotic but it is foreign to what I know and I think Ms Nadel has done a good job of exploring its underbelly. Our two intrepid detectives have been sent to a conference in Detroit and meet a Melungeon who believes that he is descended from Turks and that only Turkish detectives can solve the 30 year old murder of his son. Events spiral from this. Despite there being several bodies I found this to be a slow burner, where events unfold slowly, piece by piece to a finale. It is a great read - tense and compulsive and I found myself in full "just another chapter" mode until I finished.
Read more
One person found this helpful
Report abuse

annbrighton
4.0 out of 5 stars Enjoyed, but hope they're back in Istanbul next time
Reviewed in the United Kingdom on 19 April 2012
Verified Purchase
I really enjoy the Ikmen books, but a big part of that is the Istanbul setting and culture which I missed here. The plot was still enjoyable with the characters and Detroit interesting but I hope we're back in Istanbul next time.
Read more
2 people found this helpful
Report abuse

Mrs. R. A. Ali
5.0 out of 5 stars read twice
Reviewed in the United Kingdom on 7 October 2013
Verified Purchase
I have to read Barbara's books twice. Once to get to 'who done it' and then secondly to enjoy the language, the scene setting,the characters and the plot. Then it goes on my bookshelf and I will read it again and still find something new months later
Read more
Report abuse
See all reviews
Get FREE delivery with Amazon Prime
Prime members enjoy FREE Delivery and exclusive access to movies, TV shows, music, Kindle e-books, Twitch Prime, and more.
> Get Started
Back to top
Get to Know Us
Make Money with Us
Let Us Help You
And don't forget:
© 1996-2020, Amazon.com, Inc. or its affiliates