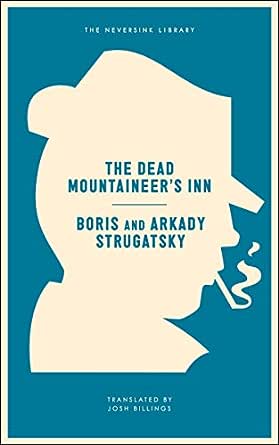 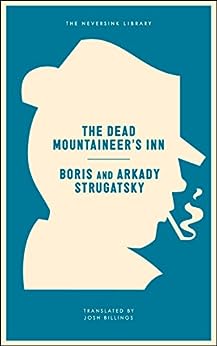 A hilarious spoof on the classic country-house murder mystery, from the Russian masters of sci-fi-never before translated --This text refers to the paperback edition.

''This is the Strugatskys at their best, at once silly and dead serious…It's a ripping good yarn, which translator Josh Billings has rendered with great energy and wit.'' --Los Angeles Review of Books

''If Russian sci-fi can be said to have a soul, it resides with the Brothers Strugatsky . . . Delightful, and a must-read for a new generation of sci-fi fans everywhere.'' --NPR

''There's enough dry humor to spark kindling . . . Delightful and melancholy by turns, and so satisfying to read.'' --New York Times Book Review --This text refers to the mp3_cd edition.

Boris Strugatsky (1933-2012) worked as an astronomer and computer engineer until 1966, when he became a full-time writer. Along with his brother, Arkady, he is one of the most famous and popular Russian writers of science fiction. Together they wrote twenty-five novels and novellas, and their books have been widely translated and made into a number of films.

Arkady Strugatsky (1925-1991) was drafted into the Soviet army and trained at the Military Institute of Foreign Languages in Moscow, from which he graduated in 1949 as an interpreter of English and Japanese. He worked as a teacher and interpreter for the military until 1955, when he began to work as an editor and writer. In 1958 he began to collaborate with his brother, Boris. Along with his brother, he is one of the most famous and popular Russian writers of science fiction. Together they wrote twenty-five novels and novellas, and their books have been widely translated and made into a number of films.

--This text refers to the mp3_cd edition.
Read more

4.1 out of 5 stars
4.1 out of 5
42 global ratings
How are ratings calculated?
To calculate the overall star rating and percentage breakdown by star, we don’t use a simple average. Instead, our system considers things like how recent a review is and if the reviewer bought the item on Amazon. It also analyses reviews to verify trustworthiness.

Anthony Marinelli
4.0 out of 5 stars THe strugatsky brothers and robots, gangs, murder and a spy spoof
Reviewed in Canada on 4 July 2015
Verified Purchase
The mystery at its heart pretends to be a mystery story a la Agatha Christie but is actually a sci fi novel about the future of humanity and the planet earth. A group of eccentric rich people are vacationing at an historic inn when a murder is committed. But the murder is a decoy a disguise as the author states "No ghouls. no mumbo jumbo..just solid science fiction..they came from Venus(214pp). The science fiction theme is infused with ideas of murders, crime and gangsterism and the type of place the planet earth is being transformed into""I had no reason to expect help would come from anywhere..gangsters were likely to fly.."(pp 213). The tale is mixed with mystery as the cold war is ending spies, crime, internation wars, and the earth is being watched by intergalaxctic warriors attempting to make a first contact on planet earth for a takeover of some sort. Gone are the days of soviet class war as gangsterism is on the rise and here we see at the novel's end the demise of communism and the victory of the proletariat as criminals and gangsters have won the way with their use of hi tech, robotics, and we understand why soviet authorities did not take kindly to this tale. The late great planet earth is seen in its demise in what is more than just a mystery story of a suspicious death at a mountain resort. RECOMMENDED.
Read more
One person found this helpful
Report abuse

Amir
5.0 out of 5 stars One more Strugatsky
Reviewed in India on 6 October 2017
Verified Purchase
5 stars not just for the book but also the delivery.

I've been wanting to read this book for a long time and I hate reading online. Thanks to the sellers, I got my copy and got it relatively cheap!

As far as the book goes, it is the least whacky of all Strugatsky brothers that I've read till now but still holds its place. The fact that they got tired of censors and wrote this seems obvious in the narrative (isolation). It's also their attempt at dark humour, different from Monday starts on a Saturday. I'd recommend it if you are a Strugatsky fan.

Wintermutt
5.0 out of 5 stars Not for the weak minded.
Reviewed in Canada on 14 June 2020
Verified Purchase
Probably the most important novel of the 20th century.
Poignant, deeply moving and life affirming.

Rick Banerjee
4.0 out of 5 stars Wonderfully twisted tale
Reviewed in India on 7 February 2016
Verified Purchase
I won't put spoilers out into a review. Enough to say, if you love whodunits read this. You will have quite the surprise at the end
Read more
Report abuse

NJ
2.0 out of 5 stars Not fish, not fowl...not sure what that leaves
Reviewed in the United Kingdom on 31 July 2016
Verified Purchase
Not having a sense of precisely what you're getting at the start of Arkady and Boris Strugatsky's lone mystery novel The Dead Mountaineer's Inn is both a good idea and a bad one. But let's say this: if you're looking for an interesting mystery novel approached from an uncommon perspective, do no read this. However, if you're a fan of the bothers' SF writings and are keen to see how they bring their insight to a different genre....also do not read this.

For much of its duration it is a classical detective story: group of strangers gathered in an isolated location, all may not be what it seems, someone is murdered, whodunnit? The tone is light and skilfully translated by Josh Billings, but there's nothing outright comedic about any of it -- the closest it comes to a joke is the running uncertainty over the gender of the character Brun, and that just becomes part of the background after a while and doesn't really go anywhere once resolved. It is, to all intents, played remarkably straight, and then throws in a baffling murder in a locked room for our holidaying policeman Peter Glebsky to try and figure his way around.

This, however, is very much not the novel that then gets resolved. Because in the final straight it...changes. I do not wish to give it away, but if you've come to this for the crime then you will go away extremely disappointed, and if you've come for the direction it takes (very, very late in the day, it has to be said) then I don't see what you'll get out of the first 13 chapters. Perhaps it's satire, but if so then there's no point to it. Perhaps it's a challenge to the conventions of the detective genre, but if so they've already been perfectly challenged by the likes of Leo Bruce and Kelley Roos. The subtitle -- A Last Rite for the Detective Story -- certainly implies that the Brothers Strugatsky think they're making some kind of point, but whatever it is doesn't translate well outside of 1970s, censor-dominated Russia.

And it's a shame, because the writing is superb and the situation skilfully constructed, only for it all the be thrown away in some B-movie final bait-and-switch that makes no sense and serves no purpose. Or maybe that's the point; maybe the need for narrative structures to have consistent through-lines and arcs for each phase and aspect, maybe the convention of the gun on the wall in act one being fired by act three, maybe that idea of progression is what's being deconstructed. But, frankly, who wants to read a book where that happens?