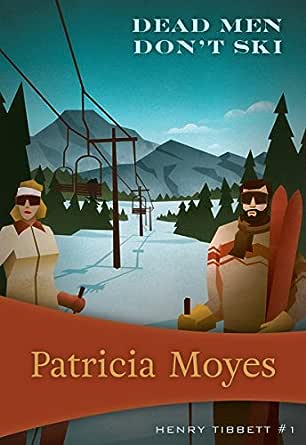 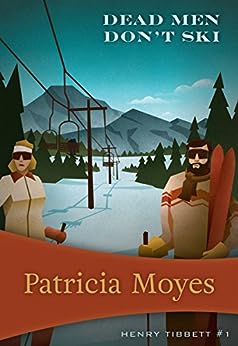 Patricia Moyes (1923-2000) was a British mystery writer best known for her "Henry Tibbet" series of old-fashioned mysteries. During WWII Moyes joined the Royal Air Force and became a radar operator and flight officer. Subsequently, she worked as assistant to actor and director Peter Ustinov, with whom she collaborated on a film script. She also spent some years as assistant editor for British Vogue. A cat lover, Moyes wrote two books about cats.

Patto
5.0 out of 5 stars Murder on the chair lift
Reviewed in the United States on 22 January 2019
Verified Purchase
Chief Inspector Henry Tibbett and his wife Emmy decide to take their vacation in the Alps and learn to ski. When Tibbett’s superior at Scotland Yard hears about Tibbett’s destination, he asks him to keep an eye out for drug trafficking while there.

Tibbett pretty much ignores this intrusive request, but he can’t ignore the murder that interrupts his progress in ski class. Herr Hauser, a man few people liked, is found shot dead on the ski lift. The local inspector, Capitano Spezzi, asks Tibbett to join the investigation.

Spezzi’s strong point is charting timetables of everybody’s movements. Tibbett is more interested in understanding character. The hotel guests include illicit lovers, victims of blackmail, foolish young people, difficult older people, and skiers of all abilities and inabilities. Everyone has secrets, including the hotel staff.

Tibbett is very likable, a regular guy with nice manners. His interrogations are for the most part compassionate, except for the occasional sharp question. His "nose" tells him when he's on the right track. I liked his wife Emmy, too, an agreeable sort who can even pull off a bit of sleuthing for Tibbett.

The ski resort atmosphere feels very authentic and very international, with the characters speaking either German, Italian or English — if not more than one language.

First published in 1959, Dead Men Don’t Ski has the flavor of a Golden Age whodunit, which appeals to me.