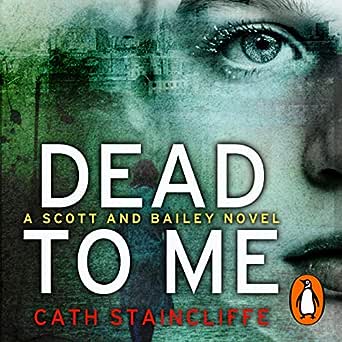 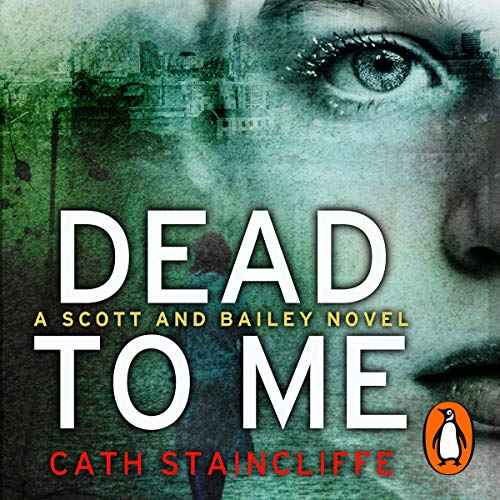 Dead to Me: A Scott and Bailey novel

Vicki @ ILoveReadingUK
4.0 out of 5 stars Scott & Bailey
Reviewed in the United Kingdom on 17 October 2014
Verified Purchase
After watching a loving the TV series, I was really looking forward to reading this book. And I was not disappointed. A really enjoyable read.
I found it even better as I live in the area where most of it was filmed, and having our quiet little town mentioned in the book was great. I really does help you build a picture in your mind. And having a clear image of the characters was great.
Such strong story line and very well written. I will be reading more books by this author without a doubt.

So, as well as being a Scott and Bailey fan, i'm now a Cath Staincliffe fan.

Scott and Bailey are female detectives in a Manchester Murder squad. The characters are so so different, but after a rocky start, work so so well together.
A teenage girl is found brutally murdered in her flat. Can Scott and Bailey find out why Lisa was killed or by whom.
A Brilliant Crime Thriller with twists and turns to keep you guessing.

Romancrimeblogger
5.0 out of 5 stars Better than TV
Reviewed in the United Kingdom on 14 January 2013
Verified Purchase
Cath Staincliffe has a solid writing pedigree - Sal Kilkenny, Blue Murder and now Scott & Bailey, whose TV series characters appear in the book Dead to me.
Dead to me is a prequel to the TV series - the first case where Janet Scott and Rachel Bailey work together. The book starts with Bailey "freezing her tits off" at a crime scene faced with a no win situation - does she stop a stroppy DCI without ID entering a crime scene or does she get a bollocking from the crime scene manager for allowing access to someone with no ID? For Bailey, the answer's obvious - no access without ID and piss off the DCI!

The aggrieved DCI, Gill Murray, sees some worthwhile trait or talent in Bailey, who is transferred into the DCIs syndicate and teamed up with Scott to solve the case of the murder of a teenage girl found dead in a grubby flat. The detectives follow a series of trails through the seedier side of Manchester, places and people as far away from the city's shiny glass fronted buildings, coffee shops and executive apartments as you can imagine.

I've always been dubious about TV tie in's, but this surpassed my expectations. The characterization of calm and thoughtful Scott, contrasted against the chippy and almost downright angry Bailey is excellent. The narrative voice for all three detectives clearly brings out the distinctiveness of their individual characters, although I confess to finding the stroppy, ambitious and occasionally incisive character of Rachel Bailey the most enjoyable of the three. The plot is strong, the sense of place in Manchester is spot on and the procedural element of the novel is good - all three help keep you on the page.

After reading this novel, I'd far prefer to see Scott & Bailey on the pages of a book than on the TV screen.
Read more
One person found this helpful
Report abuse

PH
4.0 out of 5 stars Gritty Stuff!
Reviewed in the United Kingdom on 17 March 2020
Verified Purchase
Not quite clear how much we should admire/empathise with the main characters. I guess their failings make them more believable. I’m hoping Rachel kicks the smoking habit into touch quite quickly!
Read more
Report abuse

Iulia B
5.0 out of 5 stars Scott and Bailey: the origins story...
Reviewed in the United Kingdom on 20 November 2014
Verified Purchase
Most people reading this will already know of Rachel Bailey and Janet Scott from the tv show. And, if you enjoy that, this should be right up your alley. The mannerisms, speech patterns and quirks of the characters, including Gill, are believably rendered in this novel, which provides an interesting starting point for our heroines.
The story itself revolves around a murder of a culnerable girl, with a pool of suspects including her boyfriend, family members and social workers. Manchester lives on the page, the procedure is interesting and it is very difficult to do actual work with this book waiting to be read.
Read more
Report abuse
See all reviews
Get FREE delivery with Amazon Prime
Prime members enjoy FREE Delivery and exclusive access to movies, TV shows, music, Kindle e-books, Twitch Prime, and more.
> Get Started
Back to top
Get to Know Us
Make Money with Us
Let Us Help You
And don't forget:
© 1996-2020, Amazon.com, Inc. or its affiliates