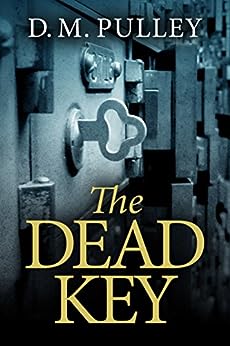 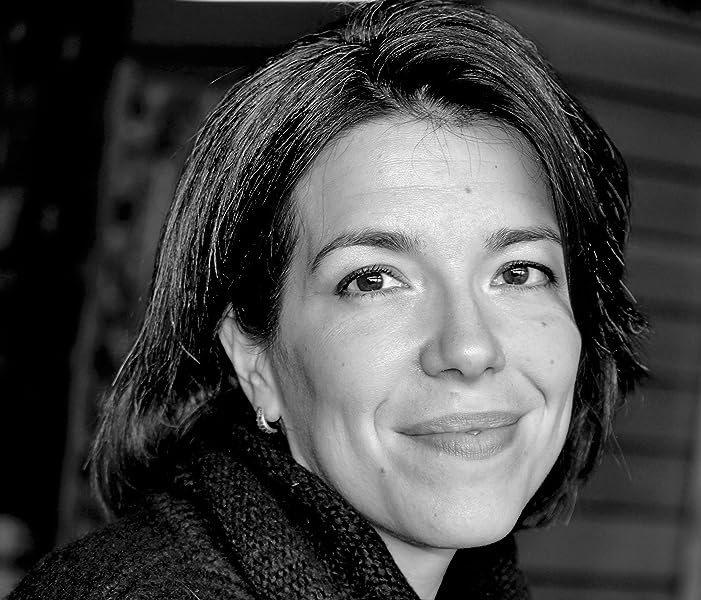 When engineer Iris Latch gets her first field assignment out of college, surveying an abandoned bank, she’s just looking forward to a break from her cubicle. Instead, hidden among cobwebbed desks and dusty files untouched for twenty years, she finds hints that something rotten used to go on in the back offices. She comes to believe that someone else, a young secretary named Beatrice Baker, may have left those clues on purpose—and at great risk to herself.

The “dead key” in the title can grant access to wealth and forgotten secrets, but for me, the most valuable thing it unlocks is Iris’s connection to this young woman from the past. They share a lonely but fierce spirit that won’t let them step aside as corrupt and powerful men go unpunished. Their stories intertwine even though they don’t know each other, and in a strange way, they are counting on each other to expose the truth at last.

I fell completely under the spell of D. M. Pulley’s storytelling, and I’m not alone: readers voted this book the grand prize winner of the 2014 Amazon Breakthrough Novel Award. The author, herself an engineer, told me that she was inspired by her own experience of surveying a building that had been vacant since the 1970s. “I began to wonder about the people who worked in the building when it closed. Walking through the empty secretarial pools, I imagined a young woman trapped at her desk, holding the key to the scandal that ruined the bank. I felt like she wanted to tell me what happened.”

Put yourself in D. M. Pulley’s shoes. Entering an abandoned building for the first time, brushing away the dust to find traces of other lives—how could you not begin to wonder what undisturbed secrets those rooms held?

D. M. Pulley is a professional engineer from Shaker Heights, Ohio, who specializes in rehabbing historic structures as well as conducting forensic investigations of building failures. Pulley's structural survey of an abandoned building in Cleveland formed the basis for The Dead Key. --This text refers to the audioCD edition.

D.M. Pulley lives in northeast Ohio with her husband, her two children, and a dog named Hobo. Before becoming a full-time writer, she worked as a Professional Engineer rehabbing historic structures and conducting forensic investigations of building failures. Pulley's structural survey of a vacant building in Cleveland inspired her debut novel, The Dead Key, the winner of the 2014 Amazon Breakthrough Novel Award. Since then, Pulley has sold over a half a million books worldwide, and her work has been translated into eight different languages.

Pulley's historical mysteries shine a light into the darker side of life in the Midwest during the twentieth century, when cities like Detroit and Cleveland struggled to survive. Her latest novel, No One’s Home (due out September 1, 2019), unravels the disturbing history of an old mansion haunted by family secrets, financial ruin, and murder. The abandoned buildings, haunted houses, and buried past of the Rust Belt continue to inspire her work. Learn more at www.dmpulley.com.

4.2 out of 5 stars
4.2 out of 5
7,726 global ratings
How are ratings calculated?
To calculate the overall star rating and percentage breakdown by star, we don’t use a simple average. Instead, our system considers things like how recent a review is and if the reviewer bought the item on Amazon. It also analyses reviews to verify trustworthiness.

reader
5.0 out of 5 stars Great read
Reviewed in Australia on 26 December 2017
Verified Purchase
Little bit slow to get going but once you got to know the characters it was hard to put down. Well recommended
Read more
One person found this helpful
Helpful
Report abuse

Wendy
5.0 out of 5 stars Excellent reading
Reviewed in Australia on 20 December 2017
Verified Purchase
Couldn’t put this book down. Found it captivating. A great who did it with a difference. Try it, you won’t be disappointed.
Read more
One person found this helpful
Helpful
Report abuse

JudysBooks
4.0 out of 5 stars This is a book that has you thinking
Reviewed in Australia on 25 November 2017
Verified Purchase
I learned a lot about banks that I didn't know and the story line kept my interest until the very end. I didn't want it to end. A great read.
Read more
One person found this helpful
Helpful
Report abuse

Amazon Customer
4.0 out of 5 stars Time Gobbler
Reviewed in Australia on 16 September 2016
Verified Purchase
A great story, it sucked me in so much that i couldnt put it down. Well written , enough for me to feel it was a true story.
Read more
One person found this helpful
Helpful
Report abuse

Count Makarov
3.0 out of 5 stars It reads like the period is early 19th century London; Dickens' days; not in the late 20th century!
Reviewed in Australia on 19 March 2015
Verified Purchase
DM Pulley, as a name, is enigmatic. Is it a woman or a man?
By the end of the first quarter I knew she is a woman. NO man writes about women that way.
She has two primary characters:
Beatrice: She is a small, 16 year old, who got herself employed as an adult. She is, in every sense of the word, a mouse. And as if that is not enough, she is exceedingly timid, scared (literally) of her own shadow, and cannot say anything to anyone. She is truly the most irritating character of the book.
Iris: Not a mouse, normal in proportions and in most other ways. Only 23. She is an alcoholic and smokes like a chimney. Consequently she never gets enough sleep, largely because she's seldom in bed before 2 or 3 in the morning; and we are talking about working normal business hours.. During the day she also is scared of her own shadow, although for better reasons; also she is basically filthy because she often doesn't get the time to change her clothes or shower.. She is the second most irritating character of the book.
I must say this makes one curious about the author. Apparently she had to assay an old bank building some years ago, thus the reason for and background of the book. It is a good book, and very interesting. But one wonders why she, and other female authors, writes about her characters in such unflattering ways. Is she writing about herself?
Another irritant: some of the stupid Americanisms, such as "cranking the ignition" and "sucking on a coffee", it's such parochial crap, why do some authors like to pigeon-hole themselves like that? Well, to continue....
~ ~ ~ ~ ~ ~ ~ ~ ~ ~ ~ ~ ~ ~ ~ ~
Beatrice is only 16. Nevertheless she remains almost useless in any sense; I guess she redeems herself, almost literally in the last two paragraphs of her section. Such an irritating character.
I knew after reading only 20% of the book that both girls and author were/are Catholic: the amount of guilt in this book is extraordinary, as a psychologist I would even say unhealthy. That was confirmed after 70% of the book.
Iris is quite simply drunk during more than 80% of her actions in the book.
I don't understand why the book was written like that. Lachrymose, guilty, drunken girls; most of the men seem beastly; very few 'normal' people in this book. It reads like the period is early 19th century London; Dickens' days; not in the late 20th century!
I notice also how the book is written by a young woman with residual ideas of men; their nasty looks, habits, gravelly voices, cruelty, size, etc..
However the information and some of the ideas in the book redeem it somewhat; it is quite an offbeat novel and worth reading.
A new reader will 'suffer' through it, but will also find many things to ponder on.
Read more
3 people found this helpful
Helpful
Report abuse

ptfrog
2.0 out of 5 stars Disappointing
Reviewed in Australia on 21 August 2016
Verified Purchase
This book started well and had a good premise in the abandoned bank and transgenerational storyline. Unfortunately, all of her main characters are women who typify the old stereotype of female weakness - incapable of logic and blundering around completely dominated by their own emotional responses. In the end the baddies win out and the story remains unresolved. Why doesn't the main protagonist go to the feds in another city? Surely not all of the cops in the country can be crooked?
Read more
One person found this helpful
Helpful
Report abuse
See all reviews

Lauren
5.0 out of 5 stars A recommended read
Reviewed in the United Kingdom on 3 August 2015
Verified Purchase
I would recommend this book. I thoroughly enjoyed the narrative, which flicks back and forth between the 1970s and the present day, between a young girl who worked at a bank just before it suddenly closed amidst rumours of scandal and an artitect exploring the abandoned building 20 years later.

Its full of mystery and intrigue, and cleverly the two girls stories run parallel to each other as each tried to piece together the clues surrounding the point where they both find the same key to a vault in the bank, and each get deeper and deeper into danger the more that they find out. A refreshing, well written book that kept me wanting to find out what was go into happen right until the end. Looking forward to seeing more books by this author.
Read more
One person found this helpful
Report abuse

Mrs. Diana G. Money
5.0 out of 5 stars Gets better
Reviewed in the United Kingdom on 5 June 2017
Verified Purchase
Initially I struggled to keep reading, but glad I did. One of the lead characters ( Iris) is totally unsympathetic . However she is balanced out by the other lead, Beatrice. The story is immensely complicated, with many "twists and turns", but it grew on me until I was completely absorbed. It is a very cleverly written work, with one of the better endings I have come across in a long time. Highly recommend .
Read more
One person found this helpful
Report abuse

chillgill
5.0 out of 5 stars Loved this book which is historically accurate and highly evocative
Reviewed in the United Kingdom on 17 July 2015
Verified Purchase
Loved this book which is historically accurate and highly evocative. Set in Cleveland, it traces the history of an old Bank which has stood empty for many years, apparently in the hands of the local City Council who are now considering selling it to property developers. I won't spoil the relevance of the title, needless to say the safety deposit boxes which have stood unopened for many years hold some very revealing secrets!
Read more
4 people found this helpful
Report abuse
See all reviews
Back to top
Get to Know Us
Make Money with Us
Let Us Help You
And don't forget:
© 1996-2021, Amazon.com, Inc. or its affiliates