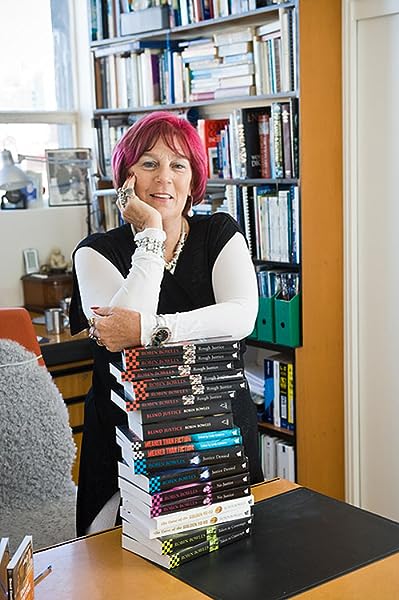 by Robin Bowles (Author)
4.3 out of 5 stars 92 ratings
See all formats and editions
Sorry, there was a problem loading this page. Try again.

Save on selected Bestselling Big Idea books.
View our curated selection of books. Click to explore.
Start reading Dead Centre on your Kindle in under a minute.

4.3 out of 5 stars
4.3 out of 5
92 global ratings
How are ratings calculated?
To calculate the overall star rating and percentage breakdown by star, we don’t use a simple average. Instead, our system considers things like how recent a review is and if the reviewer bought the item on Amazon. It also analyses reviews to verify trustworthiness.

Louise Renton (Lamb)
5.0 out of 5 stars Intriguing story. Hard to put down.
Reviewed in Australia on 25 July 2020
Verified Purchase
Absolutely fascinating story about the disappearance of Peter Falconio. It has really made me think about this case and question exactly what happened that night. Superbly written and easy to follow. I must read more of Robyn’s books. May I say though, the spelling errors were a little annoying.
Read more
Helpful
Report abuse

Anne Reynolds
3.0 out of 5 stars Casts doubt on verdict
Reviewed in Australia on 19 August 2020
Verified Purchase
Unfortunately littered with spelling mistakes and at one point Paul and Peter were interchanged. Still it highlights a number of reasons to doubt that the right man is serving jail time
Read more
Helpful
Report abuse

Christine J Tilyard
5.0 out of 5 stars A GREAT read
Reviewed in Australia on 8 August 2020
Verified Purchase
An interesting and different insight into this drama. However, it probably started more questions for me.
Read more
Helpful
Report abuse

Catherine Leifels
5.0 out of 5 stars A must read
Reviewed in Australia on 29 August 2020
Verified Purchase
I love it thank you
Read more
Helpful
Report abuse

Gillian Snoxall
1.0 out of 5 stars Poor typesetting
Reviewed in the United Kingdom on 21 June 2020
Verified Purchase
I read this book having just seen the TV documentary about the disappearance of Peter Falconio. The book was fascinating and well-written (I still believe that Murdoch is innocent), but the typesetting is appalling (especially after Chapter 30 or thereabouts) with a "howler" in almost every sentence. For example: "When did you stop eating your wife?". The book should be withdrawn and re-set. In the meantime, because of this terrible typesetting, I have given it the lowest possible rating of one star.
Read more
9 people found this helpful
Report abuse

elscint
5.0 out of 5 stars Where is Peter Falconio?
Reviewed in the United Kingdom on 19 June 2020
Verified Purchase
A very thorough analysis of the Outback Murder, Robin has written a very thought provoking book, so much so that I am now of the opinion that 1/ Joanna Lees was lying 2/ the NT police were as incompetent as the day Lindy Chamberlain was first tried 3/ Brad Murdoch was stitched up. You decide but first practice you dog breed recognition ( Aussie Blue Heeler/cattle dog does it look like a Dalmatian? Ha ha, sorry i'm still laughing) then crawl on you hands and knees through the outback for forty metres or so, stand up and see if you have a couple of scratches on you! Well done Robin, this case is not closed yet, Australian Police DNA evidence needs to be improved.
Read more
5 people found this helpful
Report abuse

eddie
5.0 out of 5 stars Worth reading!
Reviewed in the United Kingdom on 28 July 2020
Verified Purchase
I decide to purchase this book after watching the four part mini-series , Outback Killing on the Channel Four catchup. Prior to that I knew nothing about the case, I don’t read Newspapers nor watch TV.
After viewing all four parts on the bounce I started a web crawl on the case and came up with a few facts (?) that made me decide that this book might be worth getting, mainly because the author stated in the TV series that she had actually interviewed Bradley Murdoch for many hours.
I wasn’t interested in anything Joanne Lees said because it was plain to see that she was either lying or she had forgotten the script! The elephant in the room for me was the timelines just cannot work, plus during the first hour of the series I paused the play and read the two documents that were shown and in one Lees’ stated that the Kombi was doing about 65 MPH which is impossible for a clapped out VW Kombi which even when it was new would struggle to achieve that speed.
The book is well worth reading, but having said that I had a feeling of disappointment, I felt that the author could have done a lot more with it!
Bradley Murdoch obviously likes dogs which begs the question, what does he think about the Dingo, because when it all boils down it was the Dingo case over twenty years prior to this case that cost him his freedom!
Read more
2 people found this helpful
Report abuse

Traveller 67
3.0 out of 5 stars Badly Needs Proof Reading!
Reviewed in the United Kingdom on 10 November 2020
Verified Purchase
It's an interesting story with the inside track direct from Murdoch and the author obviously devoted a lot of time and effort to the book...which makes my main gripe all the more annoying. It's riddled with grammatical and spelling errors and typos, especially the second half of the book. In some places this is irritating, in others it detracts from the story as it actually changes the meaning of some sentences, so you don't know the intended meaning. It's like someone proof read the first part of the book them gave it up. As the most well known work on a famous case, I was surprised it was so shoddi!y written. Deserves a rework and reissue, then would be a good, well researched piece of writing.
Read more
2 people found this helpful
Report abuse

Ross
5.0 out of 5 stars What Really Happened In The Outback !!!
Reviewed in the United Kingdom on 22 August 2020
Verified Purchase
After watching the tv series earlier this year, I felt I wanted to dig a bit deeper in to the case. The book is a fantastic read, well research and impartial. To hear the words and statements of those connected in one of the worlds most high profile vanishing of modern times. I don’t think we will ever know the true events of that night but this book offers a great inside to what might of happened and the evidence that supports the alternatives far better than it does the stated and taken events of that fateful evening two British backpackers drove the Australian Bush.
Read more
Report abuse
See all reviews
Back to top
Get to Know Us
Make Money with Us
Let Us Help You
And don't forget:
© 1996-2021, Amazon.com, Inc. or its affiliates