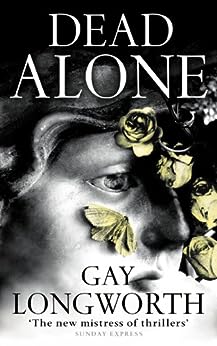 A headless skeleton washed up on the banks of the Thames turns out to be a far from routine case for the feisty Detective Inspector Jessie Driver in a nailbiting pacey thriller. --This text refers to an out of print or unavailable edition of this title.

They were to pay for being 'almost' famous – with their lives

A bleached, headless skeleton washes up on the bank of the Thames. First reactions are that it's some sort of prank. But bizarre evidence found at the scene points to something much darker, for these are the grim remains of a desperate wannabe actress.

Detective Inspector Jessie Driver, running her first murder enquiry, finds herself in deeper water than she had bargained for. The corpses of other z-list celebrities begin to surface. And they all bear the trademark of one vicious, twisted and talented killer.

So when Jessie becomes dangerously involved with a key suspect, could she be putting her life in the hands of a deadly and merciless stranger…? Take a heart-stopping ride into the dark side of fame in the most suspenseful thriller of the year.

Gay Longworth is a full-time writer. She lives in London with her husband, theatre producer Adam Spiegel, and their daughter.