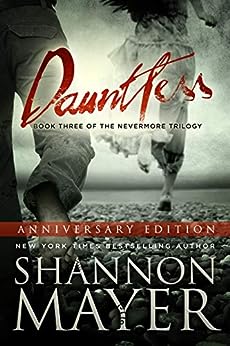 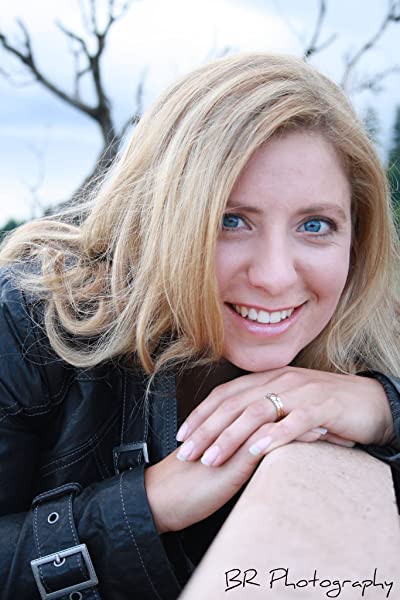 4.7 out of 5 stars
4.7 out of 5
203 global ratings
How are ratings calculated?
To calculate the overall star rating and percentage breakdown by star, we don’t use a simple average. Instead, our system considers things like how recent a review is and if the reviewer bought the item on Amazon. It also analyses reviews to verify trustworthiness.

Michelle
TOP 1000 REVIEWER
5.0 out of 5 stars The race to the finish line!
Reviewed in Australia on 4 December 2016
Verified Purchase
Sigh.... Let me start by saying I am not a fan of the post apocalyptic zombie genre but if I can finish reading Dauntless and give it five stars..... that should say a lot!

Mara and Sebastian's journey broke my heart and then slowly put the pieces back together as the story progressed across the three books. I will also add that I didn't read the original versions of these books so I can't comment on differences and how it has changed/improved.

I've seen a few reviewers mention the ending but I didn't have a problem with it for the most part. My only after thought was that I would have actually liked them to meet with Violet and have that reunion and include how the cure was progressing for a good or bad outcome.

Shannon Mayer blew me away with this and I would recommend this trilogy to anyone that wants to try something a little bit different.

I received this as an ARC but I have purchased my copy on Amazon AU.
Read more
Helpful
Report abuse

Anade Rose
5.0 out of 5 stars A must read..
Reviewed in Australia on 6 December 2016
Verified Purchase
I received this arc in exchange for a honest review..
What can I say the last book to the series did not disappoint. This book starts off where the Bound left off, loved seeing Mara and Sebastian's love continue to grow and how strong it is after everything they have been through. If you have read the first 2 books in the series, you will have to pick this one up as it just gets better and better..
Read more
Helpful
Report abuse

K. Richardson
5.0 out of 5 stars Great read
Reviewed in Australia on 3 May 2018
Wonderful series. Couldn't put them down. Story was engaging from the first to the last page. Well worth the read for any into action, sci fi, romance and drama, this series has it all.
Read more
Helpful
Report abuse
See all reviews

This book blew me away, as did the series overall!!😍💥

Dauntless is full of friendships old & new, lost & re-found, survival through the most harrowing of circumstances but mostly it's about Mara. Because no matter how hard she's had to fight or how many sacrifices & kills she's made, showing how strong her humanity, love & compassion are, even towards one of her greatest enimies, That's who she is and always will be!!🙏💖🍀🙏

She's never given up on Bastian throughout all of this, so now we get to find out if he's just as strong?💙💘 If a cure can be found & will work?💉And who will survive in this new World?🌎🙏

I loved this series & can't recommend it highly enough!🌟 Its all in Kindle Unlimited too, bonus ✔🌟😇 Be warned, there is a lot of heartache & break in this finale.💔😭 But it's all worth it in the end!😉

Donna's Kinky Kindle x
5.0 out of 5 stars What a way to finish!!
Reviewed in the United Kingdom on 13 June 2021
Verified Purchase
Have a even bitten my nails so much whilst reading, this had me chewing them like a Nevermore!!🤣🤣
But, Honestly these 3 Books are what True Love is made of, Never Giving Up, Standing Up to those who want to kick you down & after all of that You come out the other side stronger with a strenght you didn't know was there & the ability to lead & WIN!!
PLEASE READ AS THIS AUTHOR, AKA SUPER-SHANNON WRITES THE BEST & SO FAR WHAT I'VE READ HAVE ALL BEEN HUM-DINGER'S!!
DONNA- UK
Read more
Report abuse

Emma
5.0 out of 5 stars Brilliant ! !
Reviewed in the United Kingdom on 30 August 2013
Verified Purchase
What a fantastic read. I can't recommend these 3 books highly enough. The story takes off from the very beginning and doesn't stop. The love story is wonderful but it's not just a romance there is action all the way.
I read all 3 books in one day and wished at the end there was more to read. I would have loved for the story to continue (I don't want to reveal the ending, so won't go into anymore details) but I think there was one more book that could have been written. Maybe one day Ms Mayer will write an epilogue
Read more
Report abuse

Amazon Customer
5.0 out of 5 stars Maya s truimph
Reviewed in the United Kingdom on 10 May 2017
Verified Purchase
An excellent read from start to finish another series by Shannon Mayer that hooked me and have read full series this week.Hope you like staying up late to root for the underdog as this series worth every sleepless hour enjoy the storyline great.
Read more
Report abuse

Jim Hampton
5.0 out of 5 stars Never more trilogy
Reviewed in the United Kingdom on 17 April 2020
Verified Purchase
I thought all 3 books were excellent and kept you seeking the next page.
Extremely well written.

James Hampton.
Read more
Report abuse
See all reviews
Back to top
Get to Know Us
Make Money with Us
Let Us Help You
And don't forget:
© 1996-2021, Amazon.com, Inc. or its affiliates