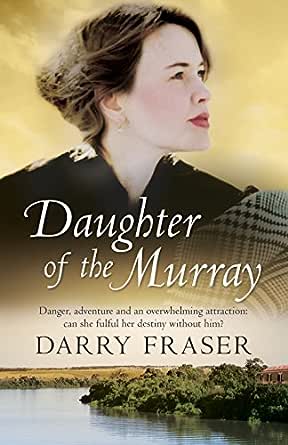 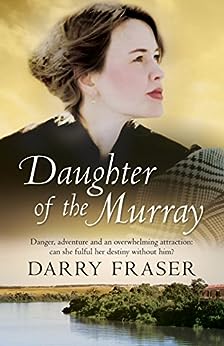 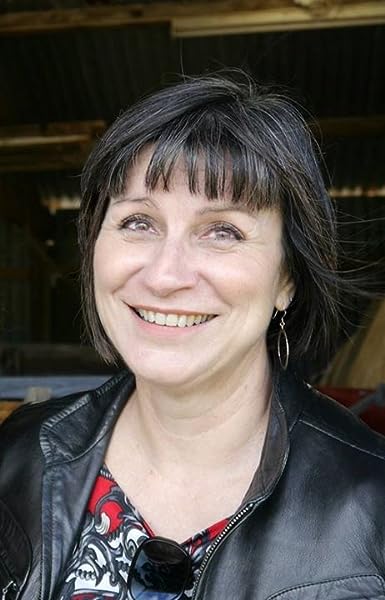 Daughter Of The Murray Kindle Edition

A fast-paced historical romance adventure, set on the mighty Murray River in the 1890s with a flawed but lovable heroine.

A fast-paced historical romance adventure, set on the mighty Murray River in the 1890s with a flawed but loveable heroine.

Georgina Calthorpe is unhappy living with her indifferent foster family the MacHenry's in their crumbling house on the banks of the River Murray.

Unlike the rest of the family, she isn't looking forward to the return of prodigal son Dane. With good reason. Dane MacHenry is furious when on his return he finds his homestead in grave decline. Unaware that his father has been drinking his way through his inheritance, he blames Georgina and Georgina decides she has no option but to leave. Unfortunately she chooses Dane's horse to flee on, and when Dane learns she has stolen his prized stallion, he gives chase.

From this point their fates become intertwined with that of a businessman with a dark secret, Conor Foley, who offers Georgina apparent security: a marriage with status in the emerging nouveau–riche echelons of Melbourne.  But none of them could imagine the toll the changing political and social landscape would have on homes, hearts and families.

Will Georgina's path lead her into grave danger and unhappiness, or will she survive and fulfil her destiny?

Rosie
TOP 500 REVIEWER
4.0 out of 5 stars Jacaranda
18 February 2019
Format: Kindle EditionVerified Purchase
Set in the 1890s, this is the author's debut novel, set on the Murray River in Victoria, Australia.
There is a marvelous cast of characters:
A sassy, horse-loving, trouser-wearing young woman called Georgina (Georgie) staying at a dilapidated, but beloved estate, called Jacaranda.
Irish businessman, Conor, who runs ferries on the Murray. He has an interesting war wound that he is keeping secret. He wants to possess both Georgie and Jacaranda.
The handsome and successful prodigal son, Dane, who at first is astonished and irritated by Georgina, but quickly comes to be enamoured of her.
The step-uncle who has been lying to everyone about his debts and is about to lose Jacaranda.
These and more create a great story and an interesting read.

Lily Malone
TOP 500 REVIEWER
5.0 out of 5 stars Outside the Norm
1 February 2018
Format: Kindle EditionVerified Purchase
Darry Fraser's debut book broke new ground for me. I think the catchphrase for this, and other books set in the same period, has become 'Oztorical' - a descriptor for a historical novel set in Australia at a time when freight was via the Mighty Murray River, and women had yet landed the right to vote (though there were some hardy souls trying to blaze that trail).
So this book was quite an education. Too often I don't think enough about those women who went before me, and what my life might have been like in another time and place. All these freedoms I take for granted — like being able to own or ride a horse if I want, work if I want, own property and be involved in a business — life wasn't always this way.
So this book has opened my eyes, quite apart from keeping me highly entertained for hours in recent days.
I fell at home immediately with the Murray River setting, and with Dane and Georgina and their struggles.
I like that it does not take an entire book to resolve the early plot line that Dane (returning to the family farm of Jacaranda where Georgina lives) has been lied to, and his view of Georgina and her step-father is wrong. This initial lie is the catalyst for all events in the book, but the original deception is further complicated when Georgina flees, seeking rescue with the wrong bloke.
Something that broke new ground for the romance reader in me is the fact that both hero and heroine sleep with other characters during this novel. Dane has a tryst with a woman with whom he has an 'understanding' when Georgina is lost to him; and as mentioned, Georgie chooses the wrong man to marry.
Fate has his/her work cut out to get Georgina and Dane together, but Fate does a pretty darn good job of clearing a path to let that happen. *fist pump* #GoFate
I was swept along in this read, much like sitting by the banks of the Murray River itself. I could see the paddleboats roving up and down on the wide waters, and picture the women and men of the time - customs, clothing, furniture.
I felt true compassion for Georgina, and wished that the world would work out for her and give her the happy ending she desired.
I look forward to more by Darry Fraser, and I recommend this one for rural romance readers who may be looking for something outside the norm.

robyn pollard
5.0 out of 5 stars Captivating Australian novel
24 May 2019
Format: Kindle EditionVerified Purchase
I really enjoyed this book. It was a story that had me interested right from beginning to end as it took us back to 1890s around the Murray Riverina Victoria around Swan Hill and Echuca. It portrayed typical living back then and the characters and their interactions which I found really enjoyable.
Read more
One person found this helpful
Helpful
Comment Report abuse

Julia
TOP 500 REVIEWER
3.0 out of 5 stars Buy it at the airport prior to an overseas flight and leave it in the Arrivals Lounge, it might spark interest there.
20 February 2018
Format: Kindle EditionVerified Purchase
Wasn't too exciting but it was OK. Not an author I would follow though, it bogged down in places and left you hanging in others. They obviously love the Murray but they didn't really inspire the reader as to why. Just saying you love something doesn't bring it to life.
Read more
One person found this helpful
Helpful
Comment Report abuse

Kindle Customer
5.0 out of 5 stars Loved it.
16 March 2018
Format: Kindle EditionVerified Purchase
As I am from the Murray Region of Victoria. Australia I can relate on what it was like in those times through the history I was taught at school. I am originally from Mildura and my husband is from Swan Hill. Some of the paddle steamers are still going to this day. I would recommend Daughter Of The Murray who would love a story about love, friendship and the trying times on what the Murray and drought can bring. One thing I would like to know, where about is the home stead situated.
Read more
One person found this helpful
Helpful
Comment Report abuse

Susan
5.0 out of 5 stars An authentic, Australian novel with gutsy characters that make the heart race.......
20 December 2016
Format: Kindle EditionVerified Purchase
The cover drew me, but the story enthralled me. Miss Fraser has written a compelling story, it rattles along at a great pace. I had to keep reading as each page brought something new to the characters. Georgina is a feisty heroine, intent on making something of herself in these changing times. Dane, the hero, has met his match and the sexual tension in the first half of the book is palpable. The story twists and turns, along with a brilliantly pictured River Murray. The first half of the book sets the scene very well for all of the happenings in Georgina and Dane's life that eventuates in the second half of the book. An authentic look at early life on the Murray with wonderfully memorable characters. And Dane does make the heart race!
Read more
2 people found this helpful
Helpful
Comment Report abuse

Marie Antoinette
5.0 out of 5 stars Enjoyable story
15 December 2019
Format: Kindle EditionVerified Purchase
I liked this book, the characters were mostly believable and there were twists and turns enough to keep you reading. I would recommend this book to anyone who likes a good romance with a bit of action.
Read more
Helpful
Comment Report abuse
See all 26 customer reviews
Write a customer review

Go to Amazon.com to see all 8 reviews 4.3 out of 5 stars
Get FREE delivery with Amazon Prime
Prime members enjoy FREE Delivery and exclusive access to movies, TV shows, music, Kindle e-books, Twitch Prime, and more.
> Get Started
Back to top
Get to Know Us
Make Money with Us
Let Us Help You
And don't forget:
© 1996-2020, Amazon.com, Inc. or its affiliates