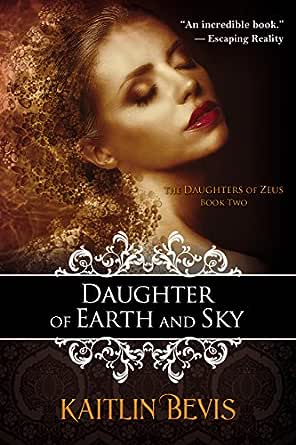 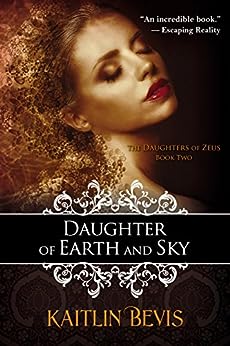 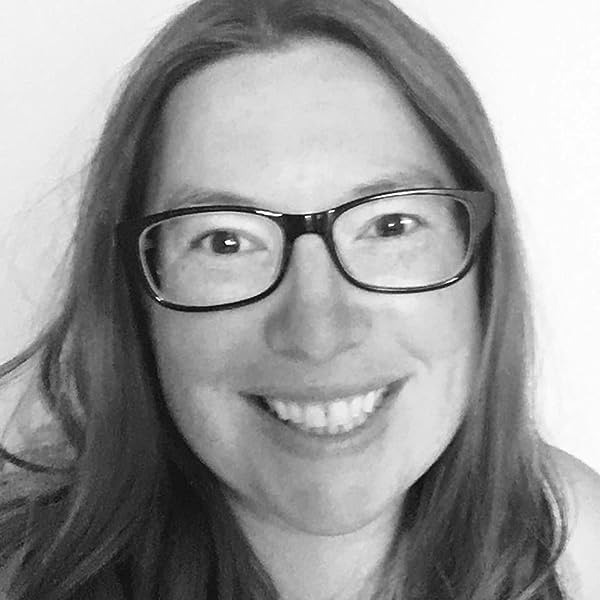 Daughter of Earth and Sky: The Persephone Trilogy, Book 2 (The Daughters of Zeus) Kindle Edition

“I need to calm down before I write this review because I am still reeling from the book. OMG! I thought book 1: Persephone was good, but this was WAY BETTER! Lastly, OMG!!! I need book 3 so badly . . .” Amazon Top Reviewer and author, Mary Smith
Some vows can never be broken, especially when you’ve recently found out you’re a goddess.
In the flick of a eyelash Persephone has gone from being a high school junior in Athens, Georgia to the wife of Hades, god of the Underworld. Under his platonic protection, she’s waiting for springtime, when Boreas, the sinister god of winter, will stop stalking her.
But even Hades can’t keep Boreas and his minions from threatening her. Finally she escaped back to the world of the living. Maybe she can just go back to normal—and forget that she’s fallen in love with Hades.
She’s wrong.
Thanatos—a friend from the Underworld, has betrayed her. Persephone can't tell anyone about Thanatos' betrayal, and it drives a wedge between her and Hades.
And then there’s Aphrodite, the gorgeous goddess who was born among the ocean waves with more charm than she can control. Persephone’s dearest ally, Melissa, is furious and jealous when Aphrodite starts winning Persephone’s friendship. Persephone turns to a human boy for friendship. But will their relationship put him in danger?
Persephone must choose between her human life and her responsibilities as a goddess. If she doesn't, she could lose that life and Hades, too.
But either way, she may not survive her father’s schemes. After all, she’s Zeus’s daughter.

Author Kaitlin Bevis spent her childhood curled up with a book and a pen. If the ending didn’t agree with her, she rewrote it. Because she’s always wanted to be a writer, she spent high school and college learning everything she could to achieve that goal. After graduating college with a BFA and Masters in English, Kaitlin went on to write The Daughters of Zeus series.

EmptySea
3.0 out of 5 stars Good but no Wind Down
12 January 2020 - Published on Amazon.com
Verified Purchase
I'm a little torn on this ending for Hades and Persephone. I absolutely love the first book in the series. The second is also very good, and a lot more intense, but I think that the angst and intensity that builds from the second book and continues its upward climb in the third contributes to my struggle with enjoying the conclusion. There is no decompression for the characters or the reader from the high emotion and brutality of the torture, fighting, arguing, and death, leaving me as the emotionally exhausted after reading. I understand there are more books that focus on some of the other characters and the further mystery left at the end of the story, but I really would have loved the series more if this book had wrapped up Hades and Persephone's story with a little more of the ease and simplicity of the first book. Open ended is fine, but I'd like to feel some more relief and hope. As it is now, I simply feel stressed about the couples lives and relationship rather than the happy warm feeling I'd like to feel at the end of a romance.

On the other hand, my preferences have nothing to do with my thoughts on how great this author is and how well she did this series. I'm impressed that the books were able to hold me in such high suspense for such an extended amount of time and I really felt for the characters. Their traumas were really brought home, which is part of why it was so exhausting. Well written, I might try the rest of the series one day when I'm more okay with not getting the pay off of the warm fuzzies at the end.

Lauryn April
4.0 out of 5 stars Well written plot and characters
14 May 2017 - Published on Amazon.com
Verified Purchase
I wanted to see more of Hades and Persephone’s relationship. But, the parts we do see are awesome. Their excursion to the beach at the beginning of the book was great, and the scene where Persephone <spoiler> broke up with him was actually one of my favorites, </spoiler>. The author really nailed their emotions and it brought all of their scenes to life. They grow a lot as a couple in this book and I really enjoyed seeing Hades open up.

There’s one really great steamy scene, but I was disappointed that <spoiler> when they do have sex for the first time the author fades to black a little faster than I would have liked</spoiler>, still it was a nice scene and fit well into the flow of the story.

The plot was well thought out and intense. I loved seeing Persephone fight and work to figure out how to overcome Thanatos, and when Hades does step in to help her it doesn’t feel like he just swoops in and saves the day. I think the author gave these two characters a nice balance of power. Even though Hades is older and more powerful he and Persephone feel like a team.

There were nice twists and turns and surprises and like the first book felt complete and also ended with a cliffhanger that sucked me right into the third book.

Sairaika
4.0 out of 5 stars An earth shattering read!
10 April 2019 - Published on Amazon.com
Verified Purchase
Some vows can never be broken, especially with you've recently found out you're a goddess...

A great addition to this series! Really enjoyed reading the sequel but I felt like there was just too much back and forth in this book - no progress at all.

One note: THAT ending! Wow. That definitely grabbed my attention.

Southernmermaid85
5.0 out of 5 stars 5 stars
19 January 2019 - Published on Amazon.com
Verified Purchase
Book 2 blew it out of the park. I couldn't read this fast enough. I love hoe Hades and Persephone are fallling in love and how sweet they are to each other.

Now thantos, He is becoming a pain in the butt. But such a great character to the story.

Loved it!
Read more
One person found this helpful

Book lover
5.0 out of 5 stars Keeps getting better
5 November 2016 - Published on Amazon.com
Verified Purchase
This is the second installment of the story of Hades and Persephone. What I love about this book is the very sweet relationship between Hades and Persephone and the typical teenage type relationship between Persephone and her mother.
Due to a promise Persephone made unknowingly and unwittingly she has to suffer a lot in this book. But she is a fighter and spent lose it till the end desperately trying to make Hades understand. Hades is very protective of her and though he loves her can't express it very well.
Great story to read.
Read more
One person found this helpful
Go to Amazon.com to see all 85 reviews 4.5 out of 5 stars
Get FREE delivery with Amazon Prime
Prime members enjoy FREE Delivery and exclusive access to movies, TV shows, music, Kindle e-books, Twitch Prime, and more.
> Get Started
Back to top
Get to Know Us
Make Money with Us
Let Us Help You
And don't forget:
© 1996-2020, Amazon.com, Inc. or its affiliates