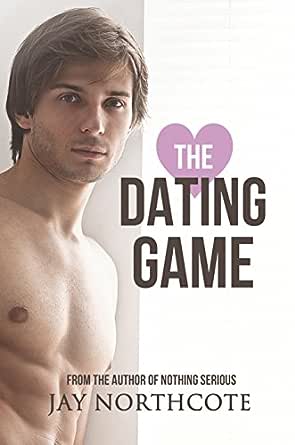 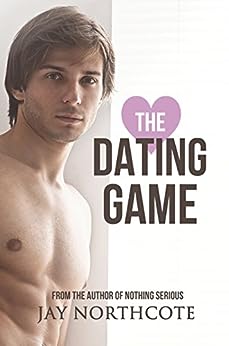 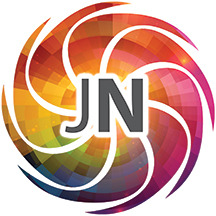 Jay lives just outside Bristol in the West of England. He comes from a family of writers, but always used to believe that the gene for fiction writing had passed him by. He spent years only ever writing emails, articles, or website content. One day, Jay decided to try and write a short story-just to see if he could-and found it rather addictive. He hasn't stopped writing since. Jay writes contemporary romance about men who fall in love with other men. Jay has five books published by Dreamspinner Press, and he also self-publishes under the imprint Jaybird Press. Jay is transgender and was formerly known as she/her. --This text refers to the paperback edition.

4.2 out of 5 stars
4.2 out of 5
66 global ratings
How are ratings calculated?
To calculate the overall star rating and percentage breakdown by star, we don’t use a simple average. Instead, our system considers things like how recent a review is and if the reviewer bought the item on Amazon. It also analyses reviews to verify trustworthiness.

Kindle Customer
4.0 out of 5 stars An enjoyable story
Reviewed in the United Kingdom on 10 January 2016
Verified Purchase
I really enjoy Ms Northcote's easy style of writing. Her characters aren't eccentric or individual necessarily, more as in this story, two working young men, reconnecting a few years after university. This is no bad thing, both MCs are easy to connect to, and to understand. Owen's reputation as a bit of a slut a university hasn't changed much in the intervening time, whereas Nathan didn't come to terms fully with his own sexuality until after he had left Uni.
When Nathan moves back into the area for work, Owen propositions him, but gets turned down. Nathan challenges him to five dates, without sex. Not one to turn down a challenge, Owen agrees, but neither is necessarily ready for the depth of feeling each feels for the other.
Five dates, five weeks, isn't that long to get to know someone, but it is certainly enough to recognise how important the other is becoming in your life and I was both amused and frustrated with their attempts to explain themselves before they found their HFN (maybe HEA).

Simon
3.0 out of 5 stars Not really my thing.
Reviewed in the United Kingdom on 1 February 2016
Verified Purchase
I don't think this was really my thing. I was hoping it was going to be a sexless story, dating, cute, romantic - and in part it was.....but of course there was sex and it was very descriptive so I skipped quite a bit of the last fifth.
Being a middle aged man I always feel voyeuristically paederastic reading about the sexual coupling of early twenty year old, twinky-types; sorry, I'd rather not read it. It can be very difficult finding non sexual writing in this M/M genre.
There's nothing at all wrong with the writing, nothing wrong with the plot, nothing wrong with the characters, just not my thing I'm afraid. Set in modern day England, the city of Bristol, with working/lower-middle class protagonists.
3 stars. It was, for me, OK and I "liked" more than I didn't.
Read more
Report abuse

LGB
5.0 out of 5 stars Highly Recommended. Loved the book and audio version.
Reviewed in the United Kingdom on 5 April 2015
Verified Purchase
It’s no secret that I love Jay’s stories and this is one of my favourites. Two guys and the offer of five dates without sex—a perfect recipe for UST. This is sweet and hot with a little angst mixed in—yummy. And set in the UK too, so I was looking forward to listening to the audio version. Knowing there’s a limited choice of narrators with a suitable British accent, I wondered how Matthew would approach and present this sexy tale.

It took me until the end to adjust to Matthew’s voice and narration. I think it’s a personal thing because I’ve been listening to quite a few American narrators recently and it took me a while to adjust even though I’m from the UK. I was expecting a younger, less sophisticated voice to suit the characters. The performance was professional and the production is of a high quality. I enjoyed Matthew’s narration of this story, and after the second listen, I now think he suits the characters and the plot very well. Highly recommended.
Read more
Report abuse

BookFiend
5.0 out of 5 stars Everyone's a Winner
Reviewed in the United Kingdom on 30 September 2014
Verified Purchase
Two guys get reacquainted after some years apart and decide to try a relationship, but as one fears the other is only ever interested in one-night stands, he challenges him to date him for five separate occasions before they sleep together... It's a simple concept but it works well in a charming story with engaging characters. Northcote shows us Owen coming to realise the benefits of really getting close to a partner with sweetness and a light enough touch to make the emotional arc enjoyable rather than over-obvious. I think this book caught my eye at exactly the time I was in the mood for something fluffy and 'romcom' of this nature, but I certainly enjoyed it.
Read more
One person found this helpful
Report abuse

W Chandler
5.0 out of 5 stars 2 Boys,5 Dates, 1 AMAZING AUTHOR !!!!
Reviewed in the United Kingdom on 16 October 2014
Verified Purchase
As a huge fan of Jay Northcotes work i knew that this book would be rather enjoyable, and boy was i right.
Jay writes with such passion for the M/M romance genre i am sure she was a gay man in a previous life.
As a gay man who has been on the dating game myself (but to no avail), i found this portrayal honest and at points very funny.
I could bang on all day about Amazing Jay and her Amazing books but i will leave you to purchase The Dating Game and see for yourself what a great book this is and what a great author Jay Northcote is.
Read more
One person found this helpful
Report abuse
See all reviews
Get FREE delivery with Amazon Prime
Prime members enjoy FREE Delivery and exclusive access to movies, TV shows, music, Kindle e-books, Twitch Prime, and more.
> Get Started
Back to top
Get to Know Us
Make Money with Us
Let Us Help You
And don't forget:
© 1996-2020, Amazon.com, Inc. or its affiliates