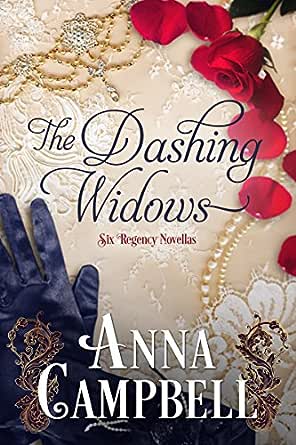 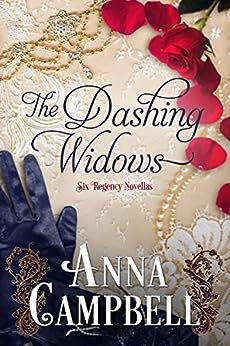 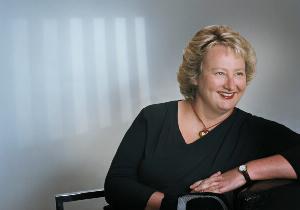 Scandal is the new black…

For the first time, all six of Anna Campbell’s bestselling Dashing Widows novellas are available in one delicious boxed set at a bargain price. In Regency London, six daring women put aside the shadows of the past and set out to dazzle society. But in this world of dangerous games, love is the most dangerous game of all.

Book 1 – The Seduction of Lord Stone

For this reckless widow, rules are made to be broken and love is just a sensual lie. Caroline, Lady Beaumont, arrives in London seeking excitement after ten dreary years of marriage. Another husband is the last thing on her mind. But rakish Lord Stone has some tricks up his sleeve that might just convince her to gamble on passion lasting forever.

Beauty – and the Beast? When rough diamond Anthony Townsend, who also happens to be one of the richest men in England, bursts into Lady Fenella Deerham’s house and demands she hand over his runaway nephew, this Dashing Widow embarks on a breathtaking adventure that might just end in exciting new love.

Spirited Helena, Countess of Crewe, knows all about profligate rakes; she was married to one. Now this Dashing Widow plans a life of glorious freedom where nobody will ever hurt her again. So what is she to do when that handsome scoundrel Lord West sets out to marry her? Say no, of course. Which is fine, until West focuses all his sensual skills on changing her mind.

When Lord Pascal, London’s handsomest man, meets Dashing Widow Amy, Lady Mowbray, she’s the answer to a prayer. She’s lovely AND rich – and he desperately needs to restore his fortunes. But his mercenary quest comes unstuck when he finds himself in thrall to the intriguing widow. What happens if Amy discovers the sordid truth behind his whirlwind courtship? And if she does, will she see past his original motives to the ardent love in his sinful heart?

When rich and charming Sir Charles Kinglake seems interested in her niece, Sally, Lady Norwood, is delighted to chaperone their meetings. How disastrous when Sally realizes that she’s found her niece’s perfect match—but she wants him for herself!

Five years after he’s lost at sea, Captain Robert Nash returns to London and the bride he loves. When he stumbles back into the family home, he gate-crashes a party celebrating his wife’s engagement to another man. No red-blooded naval officer takes a challenge like this lying down; but Robert’s been away a long time, and beautiful, passionate Morwenna has clearly found a life without him. Can he win back the woman who gave him a reason to survive his ordeal?

Lose yourself in the irresistible world of the Dashing Widows where scandal – and passion – are only a whisper away.

Patricia Edmonds
5.0 out of 5 stars Fun & love
11 April 2018
Format: Kindle EditionVerified Purchase
These were fun books to read especially as the ladies weren't ready for love and the fellas has to push for it. But it all came out very well at the end and some good endings were in other books of the series so it all tied in very well. Thanks Anna for some great reads. Good way to spend the weekend.
Read more
Helpful
Comment Report abuse

lorrclairr
5.0 out of 5 stars Very dashing
4 October 2018
Format: Kindle EditionVerified Purchase
Love all the characters in this book, and their stories melded well. Handsome heroes, clever heroines, what’s not to like. I recommend this to all who love romance.
Read more
Helpful
Comment Report abuse
See all 2 customer reviews
Write a customer review

Lucy Waterhouse
5.0 out of 5 stars 5 stars for six wonderful stories
12 April 2018 - Published on Amazon.com
Format: Kindle EditionVerified Purchase
The Dashing Widows box set of six novellas written by the extremely talented Anna Campbell is a brilliant and enthralling read for a bargain price. All of the six novellas are great lengths for their storylines. There is nothing more disappointing than reading a book that is promoted as a novella but in reality is a “long” short story or a “book” that in reality is a novella.
I hadn’t read the historical romance genre for some time so I was ecstatic to find Anna Campbell had all six of her Dashing Widows in the one bundle which enabled me to binge read over the Easter break and remember what a gifted and creative writer she is.
These novellas are a great collection of regency romances with lovable characters and unique storylines.
All six of the stories keep you involved and wanting more and the relationship amongst all of the dashing widows is enviable.
If you love reading historical romance books then this is a must have box set. This is a 5 star rating for both the value and the wonderful stories. Next on my reading list is Anna Campbell’s, Lord Garson’s Bride: A Novel length Dashing Widows Romance and I can’t wait to find out what happens next!

Anna
4.0 out of 5 stars A slower start but some truly wonderful stories in this boxset.
12 January 2020 - Published on Amazon.com
Format: Kindle EditionVerified Purchase
The Seduction of Lord Stone:
I enjoyed the overall romance, although I found the path there a little overly convoluted and complicated for my tastes. That said, I do love when the man, Silas in this case, knows what he wants and sets out to get it. Caroline just needed quite a bit of convincing.

Tempting Mr. Townsend:
I loved Anthony, I thought he was wonderful. A sweet flash start romance, I was very pleased Fenella didn't take too long to make her mind up.

Winning Lord West:
I loved the acerbic wit from Helena in this book, the letters between her and Lord West at the start of the book are particularly amusing. Great story and lovely romance.

Pursuing Lord Pascal:
I thoroughly enjoyed Lord Pascal's chase of Amy. A lot of witty interplay between the two characters and a lot of passion A very good read.

Charming Sir Charles:
An incredibly frustrating book to read, I liked Charles, but found Sally to be unbelievably dense when it came to his intentions. Too many miscommunications and way too long for the romance to get to its more satisfying conclusion.

Catching Captain Nash:
Ironically, this sixth book in the boxset of Dashing Widows was the one I didn't want to read. The idea of a previously long thought dead husband interrupting Morwenna's betrothal celebration five years after he was lost at sea, sounded particularly awkward. Plus I think the blurb did the book an injustice indicating Robert would need to once more win Morwenna's heart.
This was a lovely book with true heartbreak and heartache and total emotional frission all the way to end. Exceptional reading.

Wendy Sue
3.0 out of 5 stars Not Very Impressive
22 September 2018 - Published on Amazon.com
Format: Kindle EditionVerified Purchase
These stories were entertaining, thus earning them a three star rating. However, five out of six of the stories were so similar to each other. One thing that really bothered me in the stories was the thought processes of the heroines. They simply made no sense or clung to mistaken notions for too long. For example, in the first story, he loves her, and she loves him. However, she doesn’t want to remarry due to a boring first marriage so she decided that she should sleep with his best friend instead. In what universe does this make sense? All in all, I would not recommend purchasing this series.
Read more
2 people found this helpful

zzz
5.0 out of 5 stars Six perfect gems in one book. Anna Campbell is in my top 3 favorite authors (no order)
25 July 2018 - Published on Amazon.com
Format: Kindle EditionVerified Purchase
What a magnificent gift Anna Campbell has given to her readers in offering these 6 novellas in one book. I had already read 3 of these, but reading them in order was a wonderful treat. I consider ALL of Ms. Campbell's books worthy of re-reading. Her memorable characters come through in vivid color, and the reader experiences their complexity, depth and emotions. Her story lines are exciting and believable. She is a master at writing of the Regency period: the history rings true; the language is that of the time period; and there are no anachronisms to distract or pop the reader out of the story. I cherish every single Anna Campbell book I can get my hands on. As one reviewer said in different words, I buy her books without even checking the reviews.
Read more

Debra L. Martin
4.0 out of 5 stars So enjoyable!
17 September 2019 - Published on Amazon.com
Format: Kindle EditionVerified Purchase
I was thrilled when I saw all the stories in one volume and it was a pleasure to read them all. I loved all the stories except the last one wasn't a favorite. Robert's story seemed a little harsh and there was too much emphasis on sex in this story for my tastes.
Read more
Go to Amazon.com to see all 8 reviews 4.4 out of 5 stars
Get FREE delivery with Amazon Prime
Prime members enjoy FREE Delivery and exclusive access to movies, TV shows, music, Kindle e-books, Twitch Prime, and more.
> Get Started
Back to top
Get to Know Us
Make Money with Us
Let Us Help You
And don't forget:
© 1996-2020, Amazon.com, Inc. or its affiliates