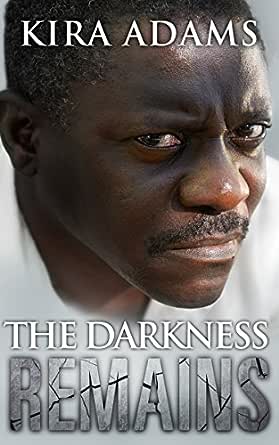 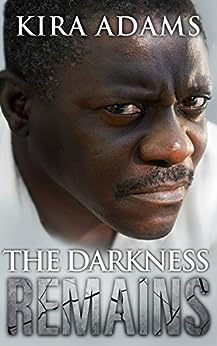 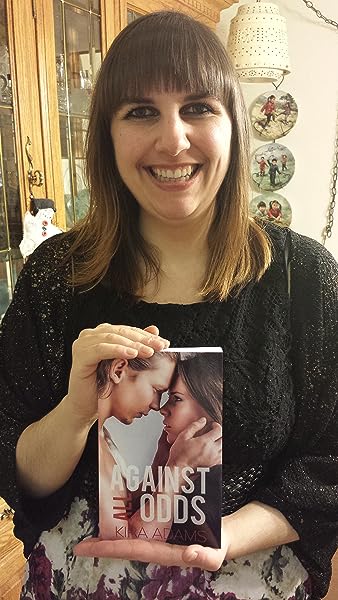 Krista Pakseresht has always been a dreamer, from the first time she opened her eyes. Creating worlds through words is one thing she is truly talented at. She specializes in Young adult/New adult romance, horror, action, fantasy, and non-fiction under the pen name Kira Adams. She is the author of the Infinite Love series, the Foundation series, the Darkness Falls series, and the Looking Glass series. --This text refers to the paperback edition.
click to open popover

Angela Hayes
TOP 100 REVIEWER
4.0 out of 5 stars This virus is the catalyst for the transformation into a Zombie like creature, called a “Biter”
Reviewed in Australia on 28 December 2016
4 Stars

The Darkness Remains is a dystopian zombie apocalypse story, and book 3 in The Darkness series- by Kira Adams. This book has so much packed into the story- there is plenty of action, drama, suspense, mystery, adventure and romance. The story contains some very graphic, dark, violent and disturbing imagery in parts and really should only be read by adults from 18 years of age and older.
This book picks up from where ‘Emerging from the Darkness’ finishes. A virus has swept through the population and has infected most of the humans. This virus is the catalyst for the transformation into a Zombie like creature, called a “Biter”.
Phoenix Blue has gone missing, along with the President of the United States and all the members of his staff. Cullen wakes to find her missing from his arms- and so begins a search for her- as well as looking for President Jackson and the other missing members of their small community of survivors.
As this book begins, we are thrown into the turmoil of a plane crash. Screaming and the sounds of lapping waves penetrate the fog that Phoenix has been in. She wakes confused- not knowing where she is or why she is here. She soon realises that she is hanging upside down in a wreck of an aircraft, on an Island somewhere. The handful of other passengers and her soon discover that they are not alone on the Island. The other inhabitants seem quite hostile and pose a great danger to them all.
Cullen and Ike discover that she was taken from Cullen’s bed by a guard and put onto Air Force One, to be flown to Fiji- the only remaining place that’s free from the effects of the virus. Cullen sets off to rescue her, while Ike remains behind to take care of running their small community. Will he get there in time? What else will they have to endure?
This is not your run-of-the-mill Zombie Apocalypse story, I felt it had an individual flare and a uniqueness that’s all its own.
Ms. Adams has produced a really well written story, with incredibly detailed and descriptive scene setting. Her style is bold and intense, with vivid imagery. She has the ability to not just hold your attention, but the power of her words transport you right into the story, where you’re experiencing every moment of it, right alongside the characters.
The author also did a wonderful job of blending all the layers and forming all the various elements into a cohesive and smooth read. The story is fast paced and entirely gripping. There was no lag or drag. I read it easily in one sitting.
The characters were really well developed, but still managed to gain even more character growth, as the story progressed. I really like their dynamic and unity. Phoenix and Cullen’s relationship continues to grow, while Ike learns quite a lot about himself though the course of this story.
I am intrigued to find out what Ms. Adams has lined up for Phoenix, Cullen, Ike and their little community- in her next book.

Tina P
5.0 out of 5 stars MUST READ, GREAT BOOK!
Reviewed in the United Kingdom on 16 December 2016
Verified Purchase
This is the third book in the darkness falls series and as always Kira has outdone herself, I love this book.
This book is Ike's book although there is obviously Phoenix and Cullen too.
Phoenix is still missing, the book opens with her.......
I had been waiting for this book, excited for it's release and as if often the case with a book by Kira Adams once I picked it up I couldn't put it down.
Phoenix, Ike and Cullen all go through a lot before finally coming back together again.
By the end.......THE END......WOW.....GRRRR.....ARRGG.
Must read.
Read more
Helpful
Sending feedback...
Thank you for your feedback.
Sorry, we failed to record your vote. Please try again
Report abuse

K.Ogburn
5.0 out of 5 stars In love with this 3rd book!
Reviewed in the United States on 5 January 2017
Verified Purchase
I am a huge fan of Kira's and have read every book she has released. They are all great, but this series is my favorite. I am so in love with the characters in this series, but Phoenix and Cullens relationship is my favorite.

If you love a good action story along with a good love story, this is the series for you! It's full of surprises and twists and is easy to follow, even with the point of view jumping through the three main characters. With the way it ends, I'm expecting a 4th and cannot wait for its release!

If you haven't checked out Kira's other books, I definitely recommend them.
Read more
Helpful
Sending feedback...
Thank you for your feedback.
Sorry, we failed to record your vote. Please try again
Report abuse