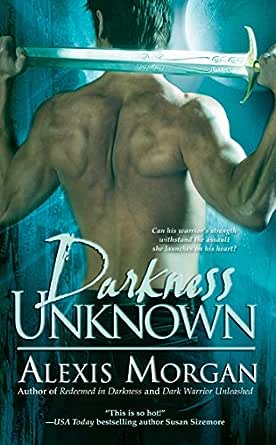 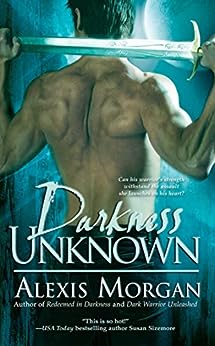 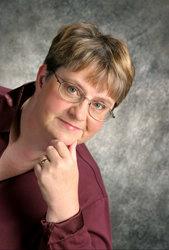 Alexis Morgan was born and raised in St. Louis County, where she attended the University of Missouri - St. Louis, graduating with a degree in English. --This text refers to an alternate kindle_edition edition.

4.2 out of 5 stars
4.2 out of 5
23 global customer ratings
How does Amazon calculate star ratings?
Amazon calculates a product’s star ratings using a machine learned model instead of a raw data average. The machine learned model takes into account factors including: the age of a review, helpfulness votes by customers and whether the reviews are from verified purchases.

Toni
5.0 out of 5 stars Have to have the full set to know
Reviewed in Australia on 6 August 2018
Verified Purchase
Loved it
Read more
Helpful
Comment Report abuse
See all reviews

Kindle Customer
4.0 out of 5 stars Loved it!
Reviewed in the United Kingdom on 16 August 2017
Verified Purchase
A must read.
Read more
Helpful
Sending feedback...
Thank you for your feedback.
Sorry, we failed to record your vote. Please try again
Report abuse

Alex
4.0 out of 5 stars We met Jarvis back in book two of this series so I was happy to see that Darkness Unknown was his story
Reviewed in the United States on 3 July 2018
Verified Purchase
Finding a wounded man in the woods behind her house is not what Gwen Mosely expected but when she discovers the mystery man has the same quick healing ability has her younger brother, she decides to hold off on calling the police. Paladin Jarvis Donahue is grateful for Gwen's help and when he meets her brother, Chase, he realizes the teenage boy is also a Paladin. Now he has to find a way to recruit Chase without letting Gwen know the Paladins and Regents deeply held secrets.

We met Jarvis back in book two of this series so I was happy to see that Darkness Unknown was his story. Jarvis is a lot like the Seattle Paladin leader, Devlin Bane, in that he's levelheaded, calm in a crisis, and a natural leader. Those skills have led him well but he's on uneven footing with his attraction to Gwen. Things are even more complicated because he needs to help Chase control his aggression and come into his Paladin status but he knows that if Gwen ever discovers he's training her brother to be a killer she'll never forgive him. I liked seeing the recruitment of a Paladin and though Chase starts out as an angry 17 year old, you can tell he wants to do better but he just doesn't know how to control his emotions. Jarvis quickly becomes like a father figure for Chase, along with another Paladin, Jake, and the bonding moments between the men were really sweet.

Each book has featured a strong and outspoken heroine and Gwen fits right into that category. She gave up everything to take care of Chase when their mother died and she's fiercely protective of him; with 10 years between them she's often more of a mother than a sister to Chase. But raising Chase and running the family farm as left Gwen floundering when it comes to relationships so when Jarvis continues to come around she sees how good he is with Chase and how flirtatious he is with her. Gwen can't resist Jarvis even knowing that he's keeping a ton of secrets. I do feel that Gwen put blinders on pretty quickly and didn't question Jarvis's secrets; she pretty much trusts him and assumes he's one of the good guys right away.

I really enjoyed that Gwen is strong and independent but she's also incredibly forgiving and caring and she has just the right soft touch to be a welcoming home for Jarvis. He doesn't show it very often, but Jarvis has accepted that he'll remain alone and Gwen shows him that that doesn't have to be the case. I really enjoyed them together, especially the way they bring out a more playful side in each other. It was nice to finally see Jarvis let go and fall in love.

The mystery of the blue stones and the traitors in the Regent organization is still on-going and I'm dying to know who all is behind it, though I have a few guesses.
Read more
Helpful
Sending feedback...
Thank you for your feedback.
Sorry, we failed to record your vote. Please try again
Report abuse

Sheryl
4.0 out of 5 stars Really liked this book in the series!
Reviewed in the United States on 27 October 2011
Verified Purchase
Book 5 in the Paladin series was so much fun and such a nice change of pace. For this book, Morgan decided to back away from the ongoing storyline of theft/corruption. The four previous books focused on this ongoing storyline and each one left me wishing that the storyline had progressed further. By not even touching on that storyline in this book, I almost felt like the book was more satisfying, as it didn't leave me wishing for more. Also, it was kind of nice to have a break from the repetitive nature of the previous books. Don't get me wrong, I loved the other 4 books, despite their tendency towards being somewhat formulaic (except the first book which more or less set the formula), but having read all of these books in a little over a week, the break was nice.

This book focuses on the discovery and "recruitment" of newly discovered Paladin, Chase Mosely. Neither Chase nor his older sister Gwen understand Chase's unique ability to heal quickly or his overly aggressive nature. Discovering a badly wounded Jarvis Donahue in the woods near their farm is a stroke of luck when they realize that he shares Chase's quick healing. They hope to learn something from him. Jarvis, once he realizes what Chase is, hopes to recruit him into the Paladins once he turns 18. And of course, Jarvis and Gwen can't deny their mutual attraction. There was a lot of relationship building in this book which I really liked. I could really feel the romance between Jarvis and Gwen.

The one downside to this book was that we didn't get to visit with any of our Paladin friends from previous books. They were only mentioned briefly a few times. The upside to that is that this book can be read without having read the others in the series. If you haven't read the others you might miss out on some background, but otherwise the story would probably still be enjoyable. I still recommend reading the others first, but because it doesn't continue the ongoing story arc and the other characters don't make an appearance, it can be read standalone.

I highly recommend this book and this series and look forward to reading book 6.
Read more
Helpful
Sending feedback...
Thank you for your feedback.
Sorry, we failed to record your vote. Please try again
Report abuse

melindeeloo
3.0 out of 5 stars You could read this as a standalone, but it's not the best of the Paladins
Reviewed in the United States on 20 February 2009
Verified Purchase
I am huge fan of Morgan's Paladin series - I absolutely loved the first three books. What's not to like about the Paladins, gorgeous modern day knights secretly battling invaders from another world. Paladins who possess an amazing ability which allows them to resurrect from almost any fatal wound, but who are burdened with the knowledge that one day they will awaken from death devoid of humanity, as violent and insane as their enemies ( Dark Protector , Dark Defender ). Or putting a spin on the formula, an exotic handsome honorable enemy who defies all preconceptions and tries to make a life among the Paladins who view him with distrust and hostility ( In Darkness Reborn ).

The pathos which made these previous books so appealing is pretty much missing here. In Darkness Unknown, Paladin warrior Jarvis thinks about what a poor candidate for a long term relationship he is with his final death looming closer and closer while he's trying to talk himself out of his attraction for the freckled farm girl Gwen. But unlike the earlier books, we don't see Jarvis waking in the lab with a handler shaking their head at Jarvis' deteriorating test scores, and Jarvis' internal dialog just doesn't have the same emotional pull. Without the pathos to win you over Jarvis is still a hunky hero, but with little help from love scenes which are pretty much by the numbers, his relationship with Gwen just misses the mark - I thought that the great freckle hunt had such potential for upping the steam quotient but it was a talking point only and didn't play a part in the love scenes, too bad.

Add to all of that plot pieces which go nowhere (what about the Others lurking in the woods driving the dogs crazy?) and the fact that there wasn't much in the way of conflict built (the little bit set up in Gwen's betrayal is far too easily resolved) and add to that less battle action than in previous books and result was that over all Darkness Unknown just didn't live up to it's predecessors.

Sorry for the rant. If you are looking for a pleasant romance in a thin paranormal wrapper you may still find Darkness Unknown entertaining, but having really enjoyed the first three books in the series (and to a lesser extent the fourth) Darkness Unknown was somewhat of a disappointment for me. But hope beats eternal, the brief walk-on by maimed Paladin, Hunter, and the grim prognosis for Hunter ever being able to resume the warrior duties that are so key to his identity, makes him look to be the kind of tortured hero that Morgan does best - so I will likely give the series one more shot if Hunter's book is up next and see if Morgan can recapture her earlier magic.
Read more
One person found this helpful
Helpful
Sending feedback...
Thank you for your feedback.
Sorry, we failed to record your vote. Please try again
Report abuse
See all reviews
Get FREE delivery with Amazon Prime
Prime members enjoy FREE Delivery and exclusive access to movies, TV shows, music, Kindle e-books, Twitch Prime, and more.
> Get Started
Back to top
Get to Know Us
Make Money with Us
Let Us Help You
And don't forget:
© 1996-2020, Amazon.com, Inc. or its affiliates