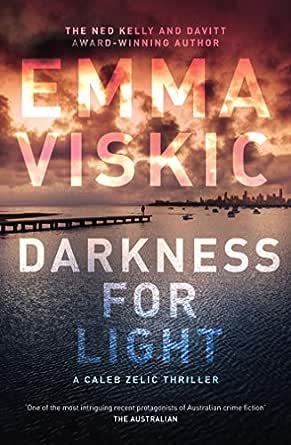 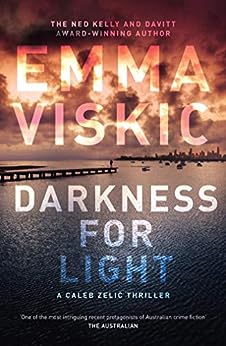 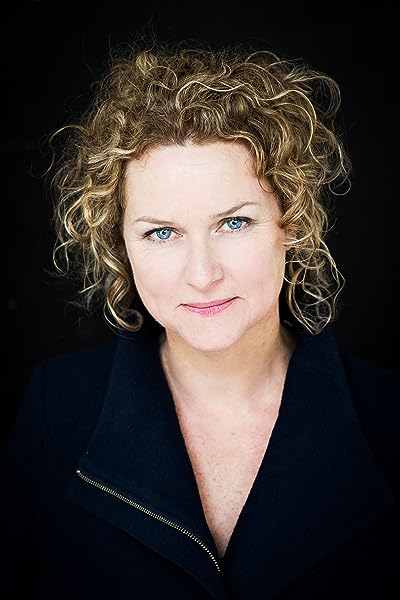 Emma Viskic is an award-winning Australian crime writer. Her critically acclaimed debut novel, Resurrection Bay, won the 2016 Ned Kelly Award for Best Debut, and an unprecedented three Davitt Awards: Best Adult Novel, Best Debut, and Readers' Choice. It was also iBooks Australia's Crime Novel of the year, and was shortlisted for both the CWA Gold and New Blood Daggers in the UK. Emma studied Australian sign language (Auslan) in order to write the character of Caleb Zelic. She is currently writing the fourth Caleb Zelic thriller. --This text refers to the paperback edition.

'Viskic just keeps getting better.' -- Adrian McKinty, author of The Chain 'A mazey delight of a mystery.' -- Ian Rankin, author of the Inspector Rebus novels "The tension builds from the very first page...brutal but compassionate." -- The Times (UK) Praise for the Caleb Zelic thrillers:
'Stunning... original and splendidly plotted [with] a superb cast of main characters' The Times, Crime Book of the Month
'An Australian thriller at its finest. A captivating read from first page to last' Jane Harper, author of The Dry
'Ned Kelly Award-winner Viskic combines nuanced characters and thoughtful plotting in her impressive sequel to Resurrection Bay' Publishers Weekly (starred review)
'Trailing literary prizes in its wake... superbly characterized... well above most contemporary crime fiction' Financial Times, Books of the Year
'More than lives up to its hype... Fierce, fast-moving, violent... it is as exciting a debut as fellow Australian Jane Harper's The Dry, and I can think of no higher praise' Daily Mail --This text refers to the paperback edition.

bridget holden
4.0 out of 5 stars different take on crime in Melbourne
Reviewed in Australia on 17 January 2020
Verified Purchase
I enjoyed getting to know some new 'crime fighters' in a city I know fairly well A well crafted story which left me wanting to read more about the characters
Read more
Helpful
Comment Report abuse

PattyMacDotComma
TOP 500 REVIEWER
4.0 out of 5 stars Deaf, maybe wanted for murder, and now there's a kid who needs him. Caleb has his work cut out!
Reviewed in Australia on 4 February 2020
4.5★
“‘Make Good Decisions’ was his new motto. Very new motto. Plastic wrapping just off, a new-car smell to it.

He tries. Caleb Zelic really tries – to make good decisions, I mean. But somehow, he manages to get himself tangled up with the wrong people to the point that he (and I) couldn’t tell the friends from the enemies. Except for Tilda, a clever nine-year-old girl. I was always pretty sure she was okay. He did get into some dreadful trouble in his previous outings, and he’ll always be looking over his shoulder.

Caleb is deaf and even with his hearing aids he relies heavily on lip-reading. It’s a major part of his personality, and I think Viskic does a commendable job of illustrating the kinds of barriers he’s up against. Dark alleys, candle-lit restaurants, moonless nights, beards. And that’s when he’s facing the right way.

When someone walks up behind him in broad daylight and sticks a gun in his back, he’s entitled to be as jumpy as any hearing person would when a prankster sneaks up silently and pops a balloon behind you. He is surprisingly calm, but then he’s used to being in dicey situations and being unexpectedly assaulted.

His wife / almost ex-wife Kat, is her delightful self, and her close-knit family – sisters and their kids – hang around her house and eye him warily. They are Aboriginal and naturally a little suspicious of this white fella who seems to have hurt Kat in the past, but he’s determined to make good – to make good decisions!

I admit that I got confused about who the baddies were. There is white-collar crime and bloody-collar crime, and Caleb was never quite certain which crime belonged to whom, so you can imagine how I fared. There was no respite and little time to enjoy Kat, because he was either chasing someone or escaping from them, and part of the time he had the nine-year-old in tow.

There was also a bit of a side-story involving his old mate Alberto who runs an Italian Deaf restaurant, employing all deaf employees and catering especially to the deaf community. He seems to be being targeted for some reason, attacked and threatened, but he refuses to shut down, worried about his staff.

“‘You know how hard it is for us in the job market.’

Not just the market, but often the jobs themselves. Caleb had hated every minute working at the insurance companies where he’d begun his investigative career. Constant battles about phones and group meetings, co-workers’ irritated sighs.

There is a very entertaining scene showing the other side of the ‘battle’ when he goes to an office, asking to see someone and the woman turns her head as she answers.

She spun back to him, mouth open. ‘Oh, I’m so sorry. You poor thing, how terrible.’

S**t, a mourner. A very loud mourner. Her lamentations had drawn the attention of everyone in the room, including
. . .
‘You speak very well, you know. A little quietly, but just like a normal person.’ A meteor, a weapon, something to end this now.
. . .
‘It must be so hard for you. Do you know about cochlear implants? My neighbour’s cousin’s son got –’

Caleb looked away until she’d lowered the receiver. ‘You’re in luck,’ she said. ‘Down the hallway to the last office. Do you need help?’ She glanced at [X], who was coming towards them. ‘Or is that your carer?’”

I was ready to drop a meteor on her myself! This has a nice mix of mystery and thrills and warm characters you don’t want to see get hurt. The deafness is an interesting aspect of the stories and makes you realise how much we assume about other people.

As a personal aside, I’ll just mention that some of what I see being interpreted as dementia is largely due to people nodding and smiling inanely at comments and questions because they can’t hear them properly but don’t like to ask people to repeat themselves. That’s especially true of jokes and funny remarks, where you’d feel like a killjoy asking someone to say it again – clearly. Once they’ve lost momentum, the moment has passed.

But I digress. This is much more than a story about a deaf guy – it’s a very satisfying addition to the series about an interesting man and his people (and their people). I look forward to the next one!

Thanks to NetGalley and Bonnier Books for the preview copy from which I’ve quoted.

Campbell
5.0 out of 5 stars Best yet in this award-winning series
Reviewed in Australia on 1 January 2020
The third instalment in the series sees deaf investigator Caleb Zelic dragged unwillingly into working with his former business partner in order to save a child's life. This series keeps getting better. Reads as a standalone if you've not read the others
Read more
Helpful
Comment Report abuse

ovomight
5.0 out of 5 stars A brilliant read
Reviewed in Australia on 1 January 2020
Best book of a great series. Highly recommend
Read more
One person found this helpful
Helpful
Comment Report abuse
See all reviews from Australia

carolynfromoz
5.0 out of 5 stars Gritty, action packed Australian thriller featuring a deaf investigator
Reviewed in the United States on 7 January 2020
Verified Purchase
Emma Viskic's series featuring deaf PI Caleb Zelic series is turning out to be a very strong series indeed, with this third episode being the best yet!

Caleb is back in Melbourne, taking slow steps to reconcile with his wife Kat who is expecting their child. After two miscarriages they are understandably nervous and Caleb is doing his best to make good decisions about his actions to keep them both safe. However, when a new client is murdered before Caleb can even meet him and his ex-partner Frankie's sister is assaulted and her young niece Tilda abducted, Caleb finds himself back in the thick of some very dangerous business, not knowing who he can trust.

This is well written, gritty action packed crime as Caleb lurches from one life threatening situation to the next trying to make sense of what is going on as people lie and betray him. His deafness makes him a most unusual protagonist as someone who has fine-tuned his observation skills to compensate for any lack in hearing what is happening. It's interesting to see the world from his perspective and see his difficulties lip reading and listening to people who are not facing him, have beards, accents or, in one amusing scene, are stoned. It was also lovely to see the bond he formed with nine year old Tilda and was able to put aside his problems with Frankie to help find her. An engaging, intrigue packed thriller which should appeal to many readers.
Read more
Helpful
Sending feedback...
Thank you for your feedback.
Sorry, we failed to record your vote. Please try again
Report abuse