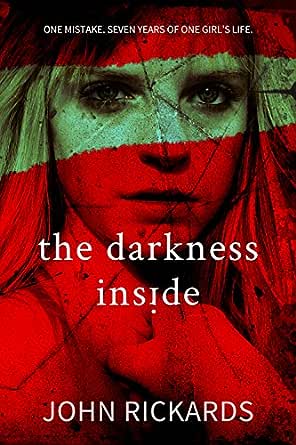 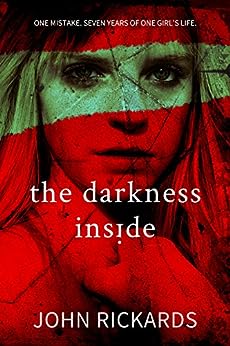 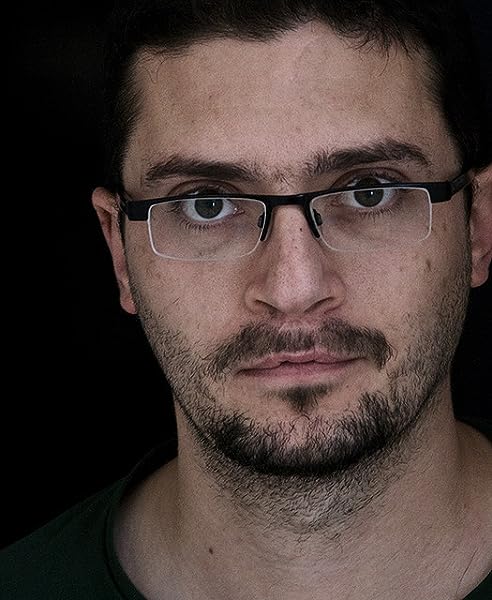 'Rickards is definitely one to watch' Peter Robinson'Compelling psychological thriller which marks Rickards out as a key new voice in crime thriller fiction' Crime Time --This text refers to an alternate kindle_edition edition.

John Rickards is the author of Winter&rsquo;s End and The Touch of Ghosts, which also feature private investigator Alex Rourke. He lives in East Sussex. Find out more about John Rickards at www.johnrickards.com --This text refers to an alternate kindle_edition edition.

A rollercoaster thriller which sees PI Alex Rourke on the run for murder --This text refers to an alternate kindle_edition edition.
Read more

3.7 out of 5 stars
3.7 out of 5
13 global ratings
How are ratings calculated?
To calculate the overall star rating and percentage breakdown by star, we don’t use a simple average. Instead, our system considers things like how recent a review is and if the reviewer bought the item on Amazon. It also analyses reviews to verify trustworthiness.

Dr Evil
4.0 out of 5 stars Another great novel from Rickards
Reviewed in the United Kingdom on 14 January 2008
Verified Purchase
Seven years ago Cody Williams was sent to prison for murdering a known but unproven rapist, but before this he has also kidnapped and most likely murdered seven young girls, which is also unable to be proved. Since this time three of the bodies have been found but now Williams is dying of cancer and only has weeks, at most, to live. The families of the missing girls want to know where their children were buried before Williams dies, but the only person that Williams will speak to is the lead investigator from the case, now former FBI agent turned private investigator, Alex Rourke. As Alex investigates the kidnappings he also has to face his darkest secrets again. And just as he thinks he is getting nowhere with Williams, he receives a video by email that could mean that one of the missing girls is still alive and being held captive and tortured now.

I first came across the Alex Rouke novels back in 2003 when I got John Rickards' first novel, Winter's End, from a book club, being it's book of the month. I read it and thoroughly enjoyed it, so rushed out to buy the next novel, A Touch Of Ghosts the following year when it was released. Again, a brilliant novel, so I couldn't wait to get my hands on his third book in the series, 'The Darkness Inside'. I read this book in no time at all and was completely gripped from the opening chapter. I just can't believe how underrated and unknown Rickards is, as he is easily one of the best writers in the crime fiction genre at the moment.

I found this story to be very dark and much more gritty than the previous novels. The book begins with every other chapter skipping back to seven years ago to the original investigation, leading up to Alex's secret, which I found was a good way of letting you know exactly what happened in the original case. The story then goes a bit far-fetched a loses a lot of it's realism, but turns into an exciting and chaotic pursuit, with everybody seemingly after Alex.

Overall, although not as good as the first two books in the series, it is a fantastic read that fans of the series should love and newcomers to the Alex Rouke novels should be able to pick up and enjoy without having to read the other novels. If this is you're first John Rickards read though, I'd recommend Winter's End or A Touch of Ghosts first, as they are better, but The Darkness Inside is still a fantastic read for all crime fiction fans.

Dispatcherdi
4.0 out of 5 stars Aptly named....
Reviewed in the United States on 15 July 2013
Verified Purchase
Really hard for me to review this story--- I thought it was well written, but the content of the story is so twisted and dark that sometimes I HAD to put it down and go do other things for a while, and get back to it later. Rather timely that I read it now when there have been recent stories in the news of kidnapped young girls found still alive and captive many years later.

I gave it 4 stars instead of 5 for the realism factor--- I don't think ANYONE in the real world, former FBI, current FBI, CIA, etc, could go around creating that much collateral mayhem and criminal activity in the name of catching his man, and not be held more accountable. And finally, one small peeve I have is that apparently the writer is British which is all well and great, but if the story is set in Boston and the New England area in general, then use American terminology. It's not a "track" in Boston, it's a road... or a street.... or a driveway, but a Bostonian would know that a track is where you race cars and horses or run foot races. Other British terminology used occasionally as well which was off putting, because you forget that the story is set in America and begin to think that it has suddenly shifted to the U.K.
Read more
Report abuse

SAYMORE
5.0 out of 5 stars Great writer
Reviewed in the United States on 30 November 2015
Verified Purchase
I don't give plots & sub-plots & sub-sub-plot reviews. Let the reviewers that enjoy that process continue to do their fine jobs. Just want give this fine Swedish mystery writer, Ake Edwardson, credit for a fine batch of writing.
Read more
Report abuse

K2
4.0 out of 5 stars raw emotion
Reviewed in the United States on 17 March 2014
Verified Purchase
my first Rickards/Creighton book. good pace, page turner. i highly recommend this book but beware you will stay up all night to finish it
Read more
One person found this helpful
Report abuse

M Bruner
4.0 out of 5 stars Four Stars
Reviewed in the United States on 19 June 2015
Verified Purchase
Have to pay attention because of so many flashbacks.
Read more
Report abuse
See all reviews
Get FREE delivery with Amazon Prime
Prime members enjoy FREE Delivery and exclusive access to movies, TV shows, music, Kindle e-books, Twitch Prime, and more.
> Get Started
Back to top
Get to Know Us
Make Money with Us
Let Us Help You
And don't forget:
© 1996-2020, Amazon.com, Inc. or its affiliates