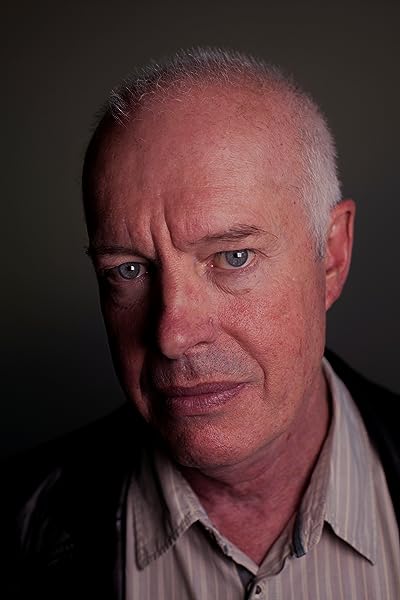 by Robin Blake (Author)
4.3 out of 5 stars 21 ratings
See all formats and editions
Sorry, there was a problem loading this page. Try again.

Preston, 1741. The drowning of drunken publican Antony Egan is no surprise even if it comes as unpleasant shock to coroner Titus Cragg, whose wife is the old man s niece. But he does his duty to the letter, and the inquest s verdict is accidental death. But Cragg s close friend Luke Fidelis finds evidence to cast doubt on the events leading up to Egan s demise. Soon, suspicions are roused still further when a well-to-do farmer collapses and it appears he was in town on political business. Is there a conspiracy afoot? With the help of Fidelis s scientific ingenuity he sets about bringing the true criminals to light
Read more
Previous page
Next page

This is rollicking stuff. Cragg and Fidelis are an engaging duo. ― Financial Times

An accidental death. A conspiracy afoot. A forensic conundrum…

Robin Blake is a novelist, art critic and acclaimed biographer of Anthony Van Dyck and George Stubbs. Born and brought up in Preston, he has lived for many years in London.

An accidental death. A conspiracy afoot. A forensic conundrum . . .


Preston, 1741. The drowning of drunken publican Antony Egan is no surprise – even if it comes as an unpleasant shock to coroner Titus Cragg, whose wife is the old man’s niece. He does his duty to the letter and the inquest’s verdict is accidental death.

But Cragg’s close friend Luke Fidelis finds evidence to cast doubt on the events leading up to Egan’s demise. Soon, suspicions are roused still further when a well-to-do farmer collapses and it appears he was in town on political business. Is there a conspiracy afoot? With the help of Fidelis’s scientific ingenuity Cragg sets about bringing the true criminals to light . . .

Praise for Cragg and Fidelis

‘This is rollicking stuff. Cragg and Fidelis are an engaging duo.’ Financial Times

Robin Blake is a novelist, art critic and acclaimed biographer of Anthony Van Dyck and George Stubbs. Born and brought up in Preston, he has lived for many years in London.
Read more
Start reading Dark Waters (Cragg & Fidelis Historical Crime Series Book 2) on your Kindle in under a minute.

I was born in Preston in the county of Lancashire in the north of England, which is also the hometown of attorney Titus Cragg, and of his friend Dr Luke Fidelis. But the place in which I grew up is very different from the 18th century town that my fictional characters inhabit: that is a lost pre-industrial world as it was before the life and economy of the town were overwhelmed by factory production.

All the Cragg and Fidelis stories are set in Lancashire during the 1740s and are narrated by Cragg, who is the town's, and later the county's, coroner. His investigations are assisted by Fidelis, a young physician with advanced ideas, as well as by his wife Elizabeth Cragg, who he adores, and his clerk the eccentric Robert Furzey. There is nothing Dr Fidelis loves more than a challenging puzzle, while Titus Cragg is passionate for common sense in the service of justice. In a society without a police force the two men operate as a formidable team, investigating suspicious deaths and often falling foul of the well-to-do merchant oligarchy that runs the town strictly in its own interests.

MARY E. ANDREWS
5.0 out of 5 stars Brilliant murder mystery from the 18th century
Reviewed in the United Kingdom on 14 May 2014
Verified Purchase
Having read the first book, 'Dark Anatomy ' I was hooked on Robin Blake's characters. Having not been particularly interested in historical novels before, I can say that I am now, for sure. Very well written and a real page turner. Cragg and Fidelis make a good sleuthing duo in their roles as coroner and doctor in Preston 1741. Good descriptions, cleverly written and light-hearted moments keep this story moving along at quite a pace. A tantalising mix of fact and fiction keeps it interesting for the reader and guessing 'who dunnit ' right to the end. I look forward to more books being written !
Read more
2 people found this helpful
Report abuse

Tone the Cone
4.0 out of 5 stars Great Story just a bit confusing at the end.
Reviewed in the United Kingdom on 17 September 2015
Verified Purchase
I really enjoy the style of this series and the characters that are woven into the storyline. The only thing in this story is that I found the conclusion a little rushed and slightly confusing, perhaps its just me or i wasn't concentrating enough on the eventual workings out! Still a great story and looking forward to reading the third book The Scrivener when the price has dropped a bit! from the £13.99 price tag at the moment for the download!
Read more
One person found this helpful
Report abuse

Jo
5.0 out of 5 stars A v good read
Reviewed in the United Kingdom on 4 November 2012
Verified Purchase
I read the first Cragg and Fidelis novel because I am acquainted with the author Robin Blake. I really enjoyed a read that warmed up and rolled alomg with real force and style, and didn't reveal its secret until the end. This second novel was a must-read for me because I had enjoyed no.1 so much. It didn't disappoint. The crime story grabs from the beginning. The characters continue to develop, ( I really warm to Cragg's wife! More babout her, please) and the setting of an election campaign was fascinatingly delineated. The narrative drives along and again the outcome is secret until the end - I didn't guess! Good stuff. No 3 promises a Preston Guild: can't wait.
Read more
5 people found this helpful
Report abuse

Amazon Customer
4.0 out of 5 stars A good read
Reviewed in the United Kingdom on 11 June 2020
Verified Purchase
An easy and enjoyable read, made more so for me because I was brought up near Preston and recognised some of the places mentioned. I will read more of the Cragg and Fidelis stories.
Read more
Report abuse
See all reviews
Back to top
Get to Know Us
Make Money with Us
Let Us Help You
And don't forget:
© 1996-2022, Amazon.com, Inc. or its affiliates