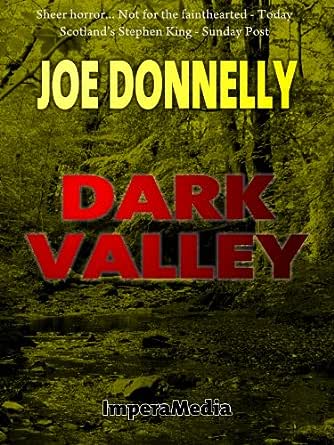 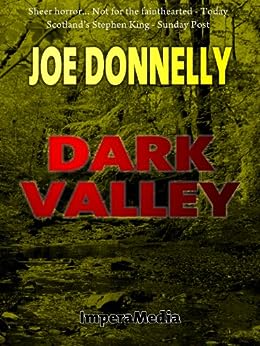 Joe Donelly is a former journalist and the author of seven highly acclaimed novels. He was born in Glasgow and now lives in Dumbarton with his family. --This text refers to an out of print or unavailable edition of this title.

Abadababada
3.0 out of 5 stars Buyer Beware: This is "Twitchy Eyes" Under a Different Title.
Reviewed in the United Kingdom on 19 November 2015
Verified Purchase
Please note: this is NOT a review of the book. I have not read " The Dark Valley" so please do not ascribe any value to the number of stars (I was forced to choose so picked the middle ground).

I am writing this to warn other buyers who, like me, were not aware that " The Dark Valley" is not a different novel by Donnelly but simply the paperback title for the hardback novel " Twitchy Eyes". This fact was not made clear on Amazon anywhere and indeed " Twitchy Eyes" is actually recommended in Amazon's " Customers who bought this item also bought..." section.

Finally, I enjoy Joe Donnelly's books and am looking forward to reading this novel. Perhaps now that I have two copies, I can keep one upstairs and one downstairs and save me having to cart it around!

Bute Bird
5.0 out of 5 stars The Dark Valley
Reviewed in the United Kingdom on 1 April 2013
Verified Purchase
I have just read Joe Donnelly's masterful horror story Dark Valley. I normally don't find many works of fiction in that genre believable, and Stephen King himself has stretched my credulity on occasions. But right from the first awful scenes of terror I was hooked...and found myself putting on house lights in the middle of the night as my heart pounded faster with every spine-chilling word. Joe's story is of five young school pals who go off on a summer camping trip to a desolate no-man's land in the wake of several heinous murders in their small Scottish town. Their friendship is punctuated with the bitter-sweet banter of boys that age...still not quite men, but not innocents either. Enveloping this expedition of adventure for the youngsters, is the psychotic presence of an unseen stranger. While the boys' pursuits of exploring, camping, cooking and fishing project some normality into their foray into the unknown, the reader's fear mounts to a terrifying intensity. Against all odds for such a relentlessly brutal story, Joe manages to inject a paradoxical beauty into his epiphany of horror through his skilfull artistry with words..... 'The stranger sat hunched on the far side, close enough to the flames for them to reflect on the smooth gun-barrell. If he had not been there, the light would not have looked so hellish, merely warm. His presence changed everything and took the magic out of the moonlight.' This psychological thriller kept me in its vice grip until the very last sentence. I want to see it on film. The Shining meets The Blair Witch Project with an ending evoking images of the shocking Carrie. Absolutely superb. It is said that great creative art is the out-pouring of a troubled soul, and it did not surprise me to learn that this story was based on the author's real nightmares from horrific true events in his own life...JUST READ IT.
Read more
Report abuse

ballyb12
4.0 out of 5 stars Excellent read
Reviewed in the United Kingdom on 16 January 2014
Verified Purchase
Read this book more than once, and both times left me looking over my shoulder. It's creepy, disturbing, and every mother/person's nightmare - a killer without a conscience! It's a coming of age book - but you'll have to read it to find out who, what, where and why - you won't be disappointed!
Read more
Report abuse

mo bluemel
3.0 out of 5 stars Good read
Reviewed in the United Kingdom on 3 May 2013
Verified Purchase
Set in the sixties this book takes a step back in time and for those of us that can remember that far back and were children then it is quite a jolt to how things have change.

A good story with a good plot and likeable characters.... worth a read
Read more
Report abuse

Judy Stone
3.0 out of 5 stars Great novel, but ...
Reviewed in the United Kingdom on 25 January 2021
Verified Purchase
The storyline is gripping and well thought through. However it is ruined by the plethora of typos. If it gets a reprint, please have it proofread properly.
Read more
Report abuse
See all reviews
Back to top
Get to Know Us
Make Money with Us
Let Us Help You
And don't forget:
© 1996-2021, Amazon.com, Inc. or its affiliates