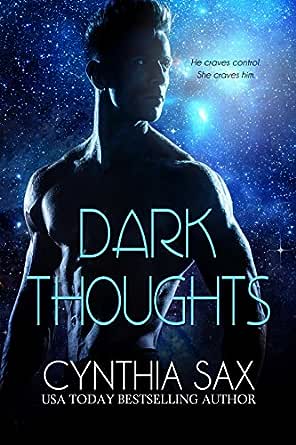 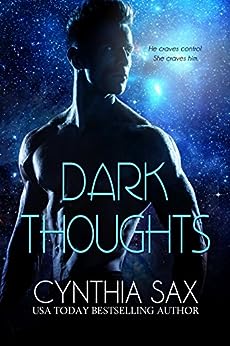 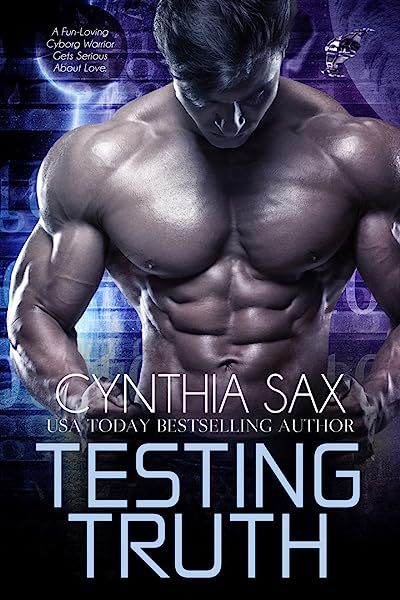 4.2 out of 5 stars
4.2 out of 5
375 global ratings
How are ratings calculated?
To calculate the overall star rating and percentage breakdown by star, we don’t use a simple average. Instead, our system considers things like how recent a review is and if the reviewer bought the item on Amazon. It also analyses reviews to verify trustworthiness.

Madcapmel
5.0 out of 5 stars A brilliant Dark Romance!
Reviewed in Australia on 24 April 2017
Verified Purchase
Once again a master storyteller has written a true gem... This is unputdownable... It's now 2:30 in the morning and I've just finished! Who needs sleep?
Dita and Kralj two deeply scared characters find acceptance and even love together in a story that's enjoyable from the first page!
He is such a powerful figure..and so completely alone...she too is powerful in an other way, I love how their monsters both play with each other!
I'm hanging for the rest of these stories... I really hope it won't be too long I've got no patience!
Read more
Helpful
Report abuse

Imee_Benz
TOP 500 REVIEWER
5.0 out of 5 stars Wow this book is amazing
Reviewed in Australia on 15 March 2017
Verified Purchase
Dark thoughts is a fantastic book, Kralj and Dita are like two peas in a pod, their two scarred individuals and found love in each others arms. I love this story it's one of the best i have read so far in this genre. Its bloody, thrilling, and suspense and the sex scenes sizzles and its got dark humour that goes well with our main characters. tnx Cynthia u rock xox
Read more
Helpful
Report abuse

I LOVE dark anti-hero type MCs and this book delivered a double dose of the goodies!
Enjoyed it so much, I really wanted more of it STAT.

What are you waiting for - get it now!
Read more
Helpful
Report abuse

I didn't get book two because it seemed like it was going to be "Same same but different" ( if you're not from Australia, that's a common phrase often used when travelling through Asia to describe two almost identical items)
Read more
Helpful
Report abuse

Amazon Customer
5.0 out of 5 stars Awesome
Reviewed in Australia on 2 August 2019
Verified Purchase
Great storyline, amazing characters. Would highly recommend for anyone who loves a bit of violence with their romance. 5 stars for this one.
Read more
Helpful
Report abuse
See all reviews

Susie T.
3.0 out of 5 stars Very dark and wicked
Reviewed in the United Kingdom on 28 June 2017
Verified Purchase
Oh my goodness after reading this novel I have to say it was SOOOO much darker and gory than her cyborg series. Their were scenes that had me cringing and feeling slightly sick. The leading man was an anti-hero of sorts he really is as it states in the book a 'monster' his only saving grace was how his love interest changed him slightly to seem a little more humane and caring. The story was about this man/monster named Kralj who was tested on by the Humanoid Alliance and altered to become the beast he is now. With half his face and body scarred from his escape attempt he his part beast with a taste for blood and flesh (effing gross literally eats people so yeah a cannibal) and a monster with the power to read people's minds and destroy or kill anyone or anything. He runs an outpost called the Refuge on a planet called Carinae E, a place where the scum of the universe, passerby's or refugees have a safe haven as long as they follow Kralj's rules. He was scary, intimidating, heartless, cold and uncaring he would allow people to do what they wanted as long as they didn't kill. Then enters Dita our tiny assassin who after being raised and trained since she was a little girl by her Assassin's Guild was a little disturbed and into killing and pain making her perfect for Kralj. Their relationship was intense and aggressive and even a bit on the sick and twisted side when it came to them being intimate as she loved and needed the pain and he liked inflicting it thank heavens though as his feelings progressed he had the good sense to at least after ask if he'd hurt her. Dita's back story was also very sad, what had been done to her broke my heart, she'd had taken away the chance for something she obviously wanted. Both their pasts were extremely horrible, they were also lonely missing companionship and affection endearing you to them for those reasons alone, it explains why they are the way they are and do the things they do. The love they shared made them better people and was lovely to see from him in particular become less abrasive and actually love and care for someone. Their was just one thing in the story that every time it came up had me laughing and then groaning from the many times it was repeated and that was 'ass covering' I just couldn't help myself what a ridiculous name for what must have been his trousers. When I first read it I felt like a teenager giggling and thinking 'what the hell' I know the setting is futuristic but please might as well called them 'groin protector' lol I'm cracking myself up. I also found the scene leading up to the end of the novel a bit predictable seeing as her mission was to hunt down 3 targets and one remained though I must admit to getting wrong who survived and who died. Overall I still enjoyed the book especially Dita's character, she was such a strong and courageous woman kicking ass just as good as the men. Though my favorite series is still my beloved cyborg's I will keep reading this new series as I'm interested in finding out what happens with the other characters.
Read more
One person found this helpful
Report abuse

Nel
3.0 out of 5 stars Dark Thoughts
Reviewed in the United Kingdom on 22 November 2018
Verified Purchase
I quite enjoyed the first book in this series Refuge.
Likeable main characters, special Dita with her sassy attitudes and sparkle in her eyes. But also Kralij is tall, dark and ruthless. He has build the refuge and has his own roles, if you break them, you die. Kralij is the last of his kind, very powerful with the ability to read minds of everyone, till Dita appeared, all will change for both of them.

I found the story enjoyable, because the characters has never found love, but are they ready?
The story can be quite bloody, but it fits somehow in this kind of life there.
It could have been a bit more action and a bit more involvement with other characters, there was some but most of the story is about Dita and Kralij. Sure it is about them, just a bit to much. Other developments would facelift the story a bit. As well for the word ass coverings, why not his coverings? Was a bit annoying. But overall a very likeable story. Thanks you!
Read more
Report abuse

Lorraine L.
5.0 out of 5 stars They may be dark thoughts but that's what makes it compulsive reading...
Reviewed in the United Kingdom on 18 May 2017
Verified Purchase
An enhanced beast monster and a sassy assassin monster find refuge together, entwining their dark thoughts to make not only compulsive reading but a most remarkable storyline as well.
Of course they aren't like the monsters we imagine in our heads, these two have the potential to be much worse....
I read this in one sitting. Cynthia Sax outdid herself on her characterisation of Kralj and Dita and they have gone onto my list of all time favourite book couples - so wrong for each other and yet at the same time, so right.
I didn't believe that the Author's Cyborg Series could be beaten.....I was wrong, it has serious competition.
Can't wait for Book 2.
Read more
One person found this helpful
Report abuse

marishka
5.0 out of 5 stars Er Wow!
Reviewed in the United Kingdom on 23 July 2017
Verified Purchase
What can I say ? Lots! But in brief: Well written, good storyline, great characters, exciting and hot hot hot! Grown up reading so don't buy if your expecting a bodice ripper! But if you want a romance that is defiantly different this is for you 😉
Read more
Report abuse

Clare Maloney
2.0 out of 5 stars Just glad I didn't have to pay for this book
Reviewed in the United Kingdom on 22 December 2018
Verified Purchase
I became very bored very quickly. Bland and I found the characters boring. I will not try any more books from this author.
Read more
Report abuse
See all reviews
Get FREE delivery with Amazon Prime
Prime members enjoy FREE Delivery and exclusive access to movies, TV shows, music, Kindle e-books, Twitch Prime, and more.
> Get Started
Back to top
Get to Know Us
Make Money with Us
Let Us Help You
And don't forget:
© 1996-2020, Amazon.com, Inc. or its affiliates