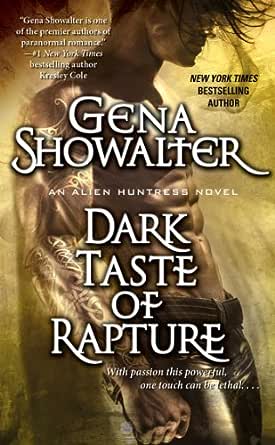 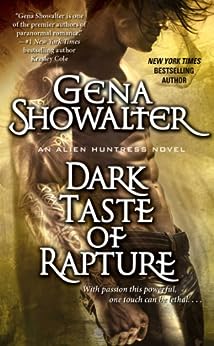 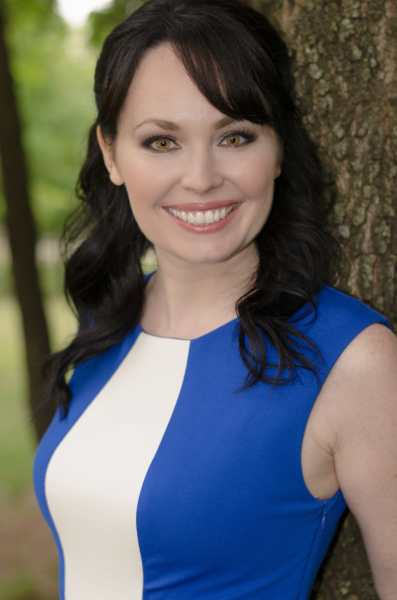 Gena Showalter sold her first book at the age of 27 and now, four years later, is the bestselling author of thirteen books, with eleven more on the way in a thrilling blend of genres: breathtaking paranormal and contemporary romances, cutting edge young adult novels, and stunning urban fantasy. The critics have called her books "sizzling page-turners" and "utterly spellbinding stories", while Showalter herself has been called "a star on the rise".

TWO MEN STOOD IN the middle of a shadowed, barren field. Both were human. One was tall, muscled, with dark hair and a busted-up face. His syn-cotton shirt was torn, his jeans dirty, and his boots scuffed. There were telltale weapon bulges under his arms, at his wrists, and at his ankles.

Clearly, he was the bodyguard.

The other wore a perfectly tailored silk business suit, his Italian loafers freshly polished. His sun-kissed hair was expensively coiffed, and the only bulge he sported was the one in his pocket, where he kept his wallet.

Clearly, he was the money.

Acrid wind shrieked as if someone had cranked a hard rock song on a radio, dancing thick dirt granules in every direction, Money radiated impatience mixed with glee—until two other men materialized a few feet away, and the impatience vanished.

The newcomers had appeared in a blink, without walking a single step: a white-haired Arcadian—an otherworlder with the ability to teleport, among other things—and another human, this one wearing a suit as well, only his was ill-fitting and made from a cheap synthetic fiber.

The human’s arms were cuffed behind his back. He smelled of pungent fear and urine. Poor bastard must have pissed himself.

Without a word, the Arcadian pushed the trembling male to his knees.

Night’s about to get interesting.

The rust-colored sky appeared swollen, the storm-drenched clouds ready to burst. In the center, the sun was a hemorrhaging hook of gold, offering only a fraction of light. That hardly mattered to the witness. From high in the gnarled trees surrounding the field, his gaze cut through the gloom as easily as a knife through flesh.

“You think you can encroach on my territory?” Money snarled down at the kneeler. Another gust of wind created that perfect background music.

“You thought … hoped …” Money sneered. No question, he was a man used to getting what he wanted, when he wanted it. He held out his hand, and Bodyguard smacked the butt of a pyre-gun onto his palm. “Well, your thoughts and hopes just got you killed.”

“No!” Kneeler sobbed like a baby. “Please! Don’t do this. I’ll leave New Chicago. I won’t ever come back. I swear!”

Money nodded to the Arcadian, who jerked his T-shirt over his head and stuffed the material in Kneeler’s mouth. Kneeler shook his head, perhaps to dislodge the cloth, perhaps to attempt another plea for mercy.

Either way, he failed.

“You were right, you know,” Money said, smug now. “You won’t ever come back.” A blaze of yellow light erupted from the barrel of the gun, arrowing out and nailing Kneeler in his chest.

A muffled scream of agony pierced the air. As Kneeler toppled to the ground, twitching, dying as his organs fried to a crisp, Money returned the gun to Bodyguard and wiped his hands in a job well done.

Mummy of Two
5.0 out of 5 stars Alien Huntress Novels: Dark Taste of Rapture
Reviewed in the United Kingdom on 17 September 2011
Verified Purchase
Wow I have fought and fought to get hold of this book earlier than the original release date given of November! Several e-mails to Amazon themselves and the author Gena Showalter (who really helped out) and finally they found out the UK publisher had made a little mistake with the release date and that we in the UK should have had the book released to us at the same time as the US!

Well it was definitely worth the wait and the badgering of Gena and Amazon:) I have been eagerly awaiting Noelle's story since her and Ava were first introduced to the Alien Huntress series and this book has had me laughing out loud with Noelle's quick and witty ways. One of my favourite 'funnies' from the book being Noelle's ring tone "You better answer this, genius, or I'll kick your ass!" in Ava's voice. The delectable other half in this book is Hector Dean and we find out more about his super hot (literally) arms. Hector and Noelle find themselves paired together investigating otherworlders who are being traded on the black market slave trade. They need to find out who's doing the trading and bring a stop to it before more people are murdered and more girls sold for dirty means. Hector and Noelle can't resist each other but there is one or rather two burning hot issues they need to conquer if they can ever be together. Also some other favourite characters are back in this book such as Ava and McKell (will she let McKell turn her?) and Dallas (I hope his story is next he needs a bit of luck).

I loved this latest instalment and if you haven't read either the Alien Huntress series or any of Gena's books then I would definitely recommend them. Can't wait for the next!:)

Kirsty
4.0 out of 5 stars Alien Huntress Book 6
Reviewed in the United Kingdom on 9 January 2015
Verified Purchase
While I wasn't particularly excited about either characters (Noelle and Hector), I still enjoyed this story. Noelle is funny and confident, though in real life I reckon she would get on my nerves. Loved the updates about Ava and McKell. This story returns to the books 1 and 2 story arcs, which is a good thing because the Schon were getting a little tiring. After reading this book, I'm more keen than ever for Dallas' story and I hope that's where Gena's heading next. My only critique is that sometimes Gena switched between third person and first person narration and consistency would have been better (or at least the use of italics to better differentiate the two). Perhaps the typography wasn't Gena's fault, however.
Read more
Helpful
Sending feedback...
Thank you for your feedback.
Sorry, we failed to record your vote. Please try again
Report abuse

fudggie girl
3.0 out of 5 stars Not as good as i thought it would be.
Reviewed in the United Kingdom on 25 March 2012
Verified Purchase
I'll be honest and say i was dissapointed with this book.After reading the 'Lords of the Underworld' series by this author and enjoying it a lot i was sure this would be on par at the very least.By the third chapter i was toying with the idea of leaving it but then thought it might get better as it went along.I understood that Noelle wasn't the 'airhead' she was making out to be but her simpering got on my nerves.I'm not sure the storyline was that interesting but moving along i did manage to get into it a bit better.
Once Noelle was partnered with Hector Dean and are soon on the trial of a murderer things started to get better.Unfortunately Hector holds a terrible secret,he can kill with a single brush of his fingertips.He manages to keep it from his collegues but as his desire for Noelle gets stronger he finds it harder to keep his hands off her.
I'm sure fans of 'An Alian Huntress' novels will enjoy Noelles' story.

Brin
4.0 out of 5 stars Good read
Reviewed in the United Kingdom on 13 September 2017
Verified Purchase
Really liked this series of books, this one was one of the best
Read more
Helpful
Sending feedback...
Thank you for your feedback.
Sorry, we failed to record your vote. Please try again
Report abuse
Load more international reviews

Kindle Customer
5.0 out of 5 stars Wonderful read
Reviewed in the United Kingdom on 7 September 2018
Verified Purchase
Could not put the book down
Read more
Helpful
Sending feedback...
Thank you for your feedback.
Sorry, we failed to record your vote. Please try again
Report abuse

Sharon P
5.0 out of 5 stars Amazing series
Reviewed in the United Kingdom on 11 November 2012
Verified Purchase
Gena Showalter is an amazing authour, fifty shades was not a patch on this series. Totally enjoyed all the books in the series, great storylines and kept me rivited for hours. I would highly recommend any of her books, a bit steamy but very well written. sereiously looking forward to her new releases.
Read more
Helpful
Sending feedback...
Thank you for your feedback.
Sorry, we failed to record your vote. Please try again
Report abuse

Amazon Customer
3.0 out of 5 stars Not one of her best
Reviewed in the United Kingdom on 21 June 2012
Verified Purchase
I love all of the series Gena Showalter has done, but I was dissapointed with this book, I found it confussing with no really story. The time line of the story was the confussing point as it didn't seem to follow along like the other books.
Read more
Helpful
Sending feedback...
Thank you for your feedback.
Sorry, we failed to record your vote. Please try again
Report abuse

Jillian Richardson
5.0 out of 5 stars Love This
Reviewed in the United Kingdom on 15 December 2012
Verified Purchase
I love this author and this book didn't disappoint! I would recommend to anyone who likes this genre. You can read it out of sequence.
Read more
Helpful
Sending feedback...
Thank you for your feedback.
Sorry, we failed to record your vote. Please try again
Report abuse