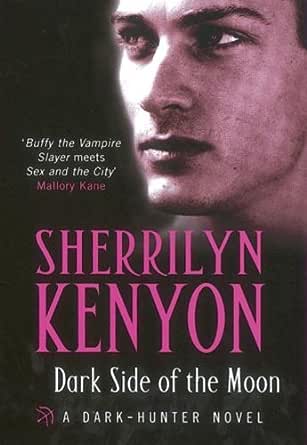 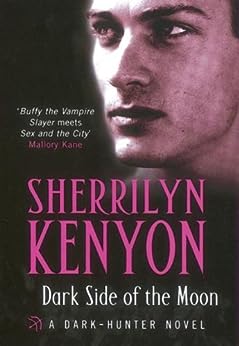 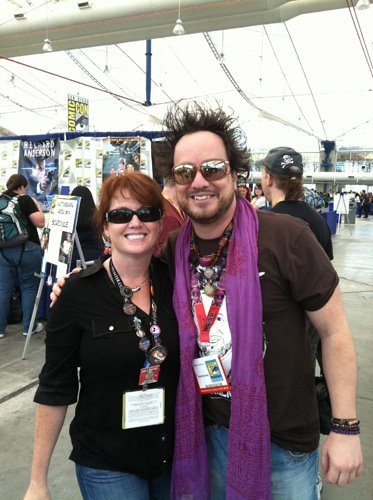 PRAISE FOR SHERRILYN KENYON "Kenyon is the reigning queen of the vampire novel."--Barbara Vey, "Publishers Weekly""An engaging read."-"Entertainment Weekly "on "Devil May Cry""Kenyon's writing is brisk, ironic, sexy, and relentlessly imaginative. These are not your mother's vampire novels."-"The Boston Globe "on "Dark Side of the Moon"

Sabrina Borovina
5.0 out of 5 stars Get into this series
14 May 2014
Format: Kindle EditionVerified Purchase
Kenyon is too damn addictive!!
Gives JRWard a run for the money and Nalini Singh
Loving the dark hunters and the ancient greek influence

Loralee K. Wall
5.0 out of 5 stars Engrossing and fun
20 June 2018 - Published on Amazon.com
Verified Purchase
There may be spoilers.

After the disappointment of the last book I read (and DNF) it was so wonderful to be engrossed in a story. Kenyon offered vibrant characters I became invested in, witty moments I laughed out loud for, and a plot which I’m eager to see through into the next book.
Nothing broke my immersion.
And while, on a minor complaint, I could have done with a few less colloquialisms in the first 35%, they didn’t jar me enough to disrupt the story for me. All they did do is give me a healthier respect for their time and place in my own writing. For which I’m grateful.
Savitar was a bright spot I actually cheered out loud over. I can’t wait to see more of so many of Kenyon’s cast. Puss in Boots drew me in more than any other Dark Hunter since Valerius. And Susan’s sass? Yes.
Read it and enjoy.

I was so freaking surprised about what this book was about, which made me love it even more to the end of the planet. Sherrilyn Kenyon you never cease to amaze me, all your books have me going, but this one had me on edge. When two of your favorite characters are in the same book you know it is going to be good, Acheron and Savitar.

"Dark side of the Moon" is about Ravyn and Susan. Ravyn is an Arcadian Were-hunter, Dark-hunter, which I would never believe possible, but I was proven very and I do mean very wrong. Ravyn is like any of the other Dark-Hunters, he wanted revenge for what happen to his family. He got blamed for it, which really wasn't his fault, and his family was starting to make me mad because they were blinded by angry. Susan is a reporter who works for her friend since college, Leo. She use to work in the big leagues until something happen to her and everyone ditched her. She is a sarcastic nut case, in my opinion, she is way to sarcastic for her own good.

Don't get me wrong Ravyn and Susan make a great couple just like the rest of them do. Just I didn't like Susan very much, sometimes her sarcasm was just a little to much for me. But sometimes they were funny and made Ravyn laugh, so I can't really hate on all that. Ravyn on the other hand he was ok, It also hurt me to know that his family was in town and didn't rally care anything for him, because of what happen years ago which wasn't even his fault.

Towards the end of the book...it all went downhill for me, I was truly upset at the decisions Nick had made. Nick was another one of my favorite characters, I just wish he didn't take what Acheron had said to him to heart. Acheron was only upset.... I hope Nick sees what he did wrong and try to fix it. Other then all those crazy little nid bits, I still enjoyed the book, it was a quick change then the other books, not a huge change something minor. I just wonder if Ravyn and Susan will get married or have kids
Read more

Kelly Rubidoux
4.0 out of 5 stars A Reading the Paranormal Review
19 May 2013 - Published on Amazon.com
Verified Purchase
*stares* *stares some more* Holy crud, A LOT of things happen here. A LOT. We get to see an oddly noble side of Stryker, Nick makes his (not so) triumphant return, and the wheels are set in motion for some BIG things down the line. Not going to lie, Nick's part in this story kind of slayed me. His anger at Ash and how that one moment in time changed him from an laid back, slightly sarcastic guy into someone who is willing to strike out at his former best friend the way he does... *weeps* Poor Nick.

But this isn't Nick's story. This is Ravyn and Susan's. And they pretty much rock. I love how Susan had the badass fighter thing going for her. I admire a girl who can kick ass with the best of them. Ravyn... well, the family dynamics going on in the background were pretty awful and the fact that he had to deal with all the things he dealt with on his own ... the guy deals well. All things considered.

The background characters are (as always) stellar. We finally get to see how Stryker and his Daimons always know the worst possible time to attack. Stryker's plan to take over Seattle, I have to admit that it was pretty ingenious. He's one of them that I love to hate. The fact that he does have that streak of fair play despite his overwhelming desire to spill Dark-Hunter blood -- and Ash's blood in particular -- makes him *somewhat* sympathetic at times. Somewhat. At times. I still love to hate him, though.

The reread's still going strong! The world of the Dark-Hunters continues to expand and I'm loving it all over again!

MsNalla
5.0 out of 5 stars Intense crazy surprise...
29 November 2013 - Published on Amazon.com
Verified Purchase
Ok, the ending/epilogue to this book, had me like...
*OH MY GAWD!!*

The rest of the story just had me. What I mean is, though there were things I had no clue about, events that had already occurred in other books that I have not read, it still did not confuse me to the point where I was just lost & could not enjoy or appreciate this book.

This book is part of a huge network of books. All things tie in together in some form or fashion. But with this story, with everything going on with the current plot, new plot developments, subplots & the fleshing out of the main characters; nothing was too much or over the top or took away from Ravyn & Susan's story. These two have crazy white hot chemistry together. The how of them crossing paths, & the why of them becoming attached to one another was not only believable but quite touching at times. And it doesn't hurt matters that Ravyn is fine as hell.

I would definitely recommend this read.
Read more
One person found this helpful
Go to Amazon.com to see all 364 reviews 4.2 out of 5 stars
Get FREE delivery with Amazon Prime
Prime members enjoy FREE Delivery and exclusive access to movies, TV shows, music, Kindle e-books, Twitch Prime, and more.
> Get Started
Back to top
Get to Know Us
Make Money with Us
Let Us Help You
And don't forget:
© 1996-2020, Amazon.com, Inc. or its affiliates