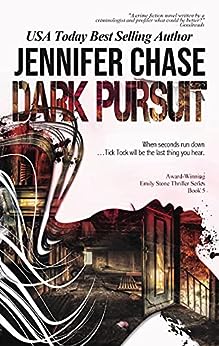 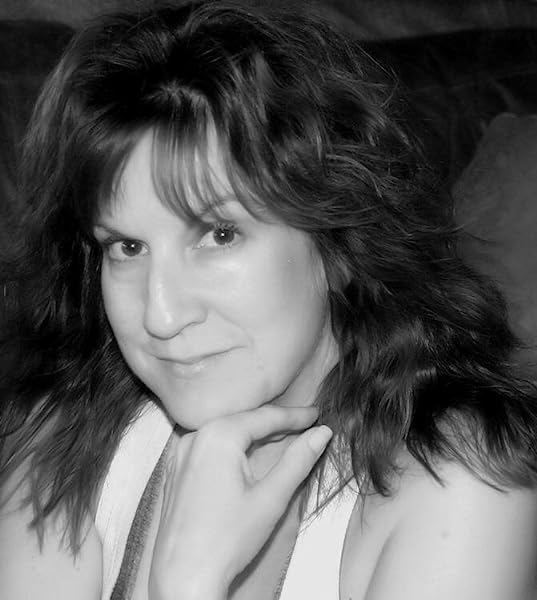 Emily Stone, former police officer, is a vigilante detective who spends her time hunting down serial killers, particularly those that prey on children. Because of her exceptional profiling skills, she and her partner-lover Rick have closed more serial cases than many seasoned homicide detectives. Her prolific profiling skills and outstanding forensic techniques, along with deductive crime scene investigations, have set her up as major thorn in the side of many serial killers. This story opens with a vehicle pursuit that immediately grabs the reader s attention. At the end of the chase, Emily learns the true identity of the killer and almost loses her life in the process. The killer decides to let her live, at least for a while. In this book, Emily and Rick (a former detective), are hunting the Tick-Tock Killer, a serial killer who targets children. The killer is mocking the authorities by telling them where he will dump the next body. This creates a heightened sense of urgency for everyone concerned. Can Emily find and stop him before another child becomes a victim... The fast paced action and plot momentum keep the reader s attention to the very end. Although this book is part of a series, there is an extensive back story that fills the reader in on why and how Emily has chosen to pursue this career. The author has created a strong female protagonist that shows strengths and weaknesses. Her characterization is well developed and the plotting is superior as well. I recommend this book for developed and the plotting is superior as well. I recommend this book for anyone that enjoys great, well-written thriller. --Reviewed by Paul Johnson for Readers' Favorite

Immediately addictive, the nail biting opening chapter from Dark Pursuit sets the tone for this uncompromising and compelling thriller from international award winning author Jennifer Chase. A high stakes read, it s clever, fast paced and inventive, the action evolving in tightly focused scenes, played out against a gamut of decidedly harrowing settings. The plot is enthralling and always plausible with Chase only delving into the detail when her narrative demands it, but what really makes this thriller so notable are her characters and Emily Stone makes for a powerful and highly memorable female lead. She lives in a world rendered in shades of grey, she s flawed and heroic with moments of vulnerability and great resolve and this creates a real sense of place and purpose without falling back on trite genre tropes. With her dominant personality cleverly contrasted against Ricks they make a sublime pairing whilst Emily wrestles with her inner conflicts. In the vein of all great crime thrillers it s both cleverly connived and thought provoking. Undeniably harrowing at times, certainly entertaining, Dark Pursuit isn t for the faint hearted, but fans of the Emily Stone series will lap it up. Sure to win a host of new followers for Jennifer Chase. It is highly recommended! --Reviewed by Book Viral

Dark Pursuit (Emily Stone Series Book 5) by Jennifer Chase is an action filled thriller that was hard to put down. I did not read books one to four but Dark Pursuit stands alone as a great read. Emily is a detective who works with her friend and love interest, Rick. Emily has quietly solved several crimes and sends the results anonymously to the police for them to capture the bad guys. Emily is now faced with a new case when the serial Tick-Tock killer has kidnapped and killed several young girls. Emily is determined not to let his latest victim, Sara, be harmed. The Tick-Tock killer plays a game of cat and mouse with Emily, Rick and the police by promising to end Sara s life in exactly four days. The chase is dangerous, frightening and scary as it pushes Emily mentally and physically further than she has ever been on any other case. As the hour draws near, the exciting climactic end will leave you holding your breath. Dark Pursuit is a well written thriller that took me into both the detective's and the killer's minds. Jennifer Chase has expertly written a story that portrays a psychological picture of both evil and good by letting us understand what Emily and the Tick-Tock killer are doing and why they are doing it. The climax of the last few chapters kept me glued to my Kindle until I reached the end. If you like thrillers, mysteries, and mind boggling adventure then this is a must-read. I can t wait to go back and read the other Emily Stone books and anything else that Jennifer Chase has written. --Reviewed by Trudi LoPreto for Readers' Favorite --This text refers to the paperback edition.

Jennifer Chase is an award-winning author and consulting criminologist. She has authored five crime fiction novels, including the award-winning Emily Stone thriller series along with a screenwriting workbook. Jennifer holds a Bachelor degree in police forensics and a Master's degree in criminology. These academic pursuits developed out of her curiosity about the criminal mind as well as from her own experience with a violent sociopath, providing Jennifer with deep personal investment in every story she tells. In addition, she holds certifications in serial crime and criminal profiling. She is an affiliate member of the International Association of Forensic Criminologists. --This text refers to the paperback edition.

4.6 out of 5 stars
4.6 out of 5
222 global ratings
How are ratings calculated?
To calculate the overall star rating and percentage breakdown by star, we don’t use a simple average. Instead, our system considers things like how recent a review is and if the reviewer bought the item on Amazon. It also analyses reviews to verify trustworthiness.

Jane Giddings
TOP 500 REVIEWER
5.0 out of 5 stars Dark pursuit....
Reviewed in Australia on 4 September 2019
Omg such a fantastic story thank you. It was so suspenseful and kept me hanging until the end. The things they go through are astronomical and their amazing escape wow. I highly recommend this book to everyone.
Read more
Helpful
Report abuse

manny rothman
TOP 1000 REVIEWER
5.0 out of 5 stars Dark pursuit
Reviewed in Australia on 29 May 2021
Verified Purchase
Was a great book with great characters and great action with a great story and a great ending
Looking forward to the next book thanks 🇦🇺💪🍷🤠
Read more
Helpful
Report abuse
See all reviews

Amazon Customer
2.0 out of 5 stars Hard to read and make sense of
Reviewed in the United Kingdom on 25 September 2020
Verified Purchase
Found it boring
Read more
Report abuse

RichW
5.0 out of 5 stars Five Stars
Reviewed in the United Kingdom on 7 September 2015
Verified Purchase
Really like this series of books, this is possibly the darkest one yet.
Read more
Report abuse

B. Holzer
3.0 out of 5 stars A fun story, but horrible editing job by the author
Reviewed in the United States on 23 June 2016
Verified Purchase
I have mixed reactions to this book, Dark Pursuit, which is the first I've read by Jennifer Chase. Chase does indeed tell a good, captivating story that is hard to put down, based on the story itself. However, please, Jennifer Chase, please . . . either learn to proofread -- or hire a proofreader and/or editor. You frequently left out words or spelled them wrong or used words incorrectly (e.g., deep-seeded ... REALLY??); you often wrote terribly run-on sentences with other poor construction. Oh, and please learn to use hyphens in compound adjectives. I found myself enjoying the story, while rolling my eyes at your many mistakes.

Examples of errors
Wrong word used and poor sentence structure: "The map of the abandoned fort seemed like finding a needle in the PREVERBAL haystack." (seriously... preverbal??)
Sentence structure: "Alvarado made the appropriate phone calls, began coordinating efforts and back up, which he held them on standby until he could verify the location." (and ... location of what??)
Another wrong word used: "The cold temperature of the water numbed his arms and legs.... It was clear that HYPERTHERMIA would set in soon. (Oh, for heaven's sake!)

All in all, if I could separate the rating into categories, I'd rate Dark Pursuit a 4 for story and character development and a 1 for editing and proofreading.
Read more
2 people found this helpful
Report abuse

Bev
5.0 out of 5 stars The time is ticking down for a young girl. Can Emily and Rick save her or will The Tick Tock Killer strike again?
Reviewed in the United States on 4 June 2017
Verified Purchase
In Dark Pursuit, Emily Stone a former deputy sheriff and her boyfriend Rick a former sniper for a swat team go after a serial killer that is dubbed The Tick Tock Killer. He kidnaps young girls and only hold them for 96 hours (4 days) and then kills them. No one knows who he is. He has evaded the police for years. Emily does find him in a mountain cabin, but he gets the upper hand and buries her alive. She gets out of the grave only to find the girl who was alive, killed. This brings on signs of PTSD from when she was on patrol. So now Emily has to over come PTSD, the guilt she from not saving the young girl, and finding the lastest victim. Oh, Rick and Emily do not take any credit for solving any of there cases. They send all information to the local police along with the bad guy. This last case has them second guessing themselves. Can Emily and Rick save this girl? Or will the Tick Tock Killer get them both? I received a copy of this book from Net Galley. All opinions are my own and done so voluntarily.
Read more
One person found this helpful
Report abuse

Books are love
5.0 out of 5 stars thoughts on dark pursuit
Reviewed in the United States on 2 June 2015
Verified Purchase
This had all the elements for a great crime novel. YOu have the detective with the past who turns into the detective on the sidelines solving crimes and sending the info to the police. You have her strong desire to save others as is the case in this novel in which little girls lives are at stake. We have her partner who loves her dearly and is worried for her after she survives a dangerous moment and comes out fighting more than just the time on the clock to get the killer.

We have the killer who is really nuts. He reminds me of the killers in John Sandford novels and this book at times is written like that where we see through the eyes of the killer. We see his thoughts and partially why he does what he does.

We have the element of danger and intrigue and the detective who is close to solving the case and runs into his vigilante detectives. The crime itself is horrific and just has you wanting Emily and her partner finding the killer and taking him down. The danger element is suspenseful enough to keep you wanting more and the pursuit is intriguing.

This is a nicely written crime thriller that keeps you on the edge while giving you little snippets to help you learn more but also has you wanting more and intriguing you enough to urge you to read on. the characters draw you in and the look into the mind of Emily and the killer is fascinating. it is written in the style of John Sandford meets JD Robb with the killer’s thoughts and the detective thoughts who has the amazing man by her side. A great crime novel that captures you and keeps you intrigued.
Read more
One person found this helpful
Report abuse
See all reviews
Back to top
Get to Know Us
Make Money with Us
Let Us Help You
And don't forget:
© 1996-2021, Amazon.com, Inc. or its affiliates