Temporarily out of stock.
Order now and we'll deliver when available. We'll e-mail you with an estimated delivery date as soon as we have more information. Your account will only be charged when we ship the item.
Delivery Rates and Return policy
$41.98
& FREE Delivery
Sold by: Wordery AU
Sold by: Wordery AU 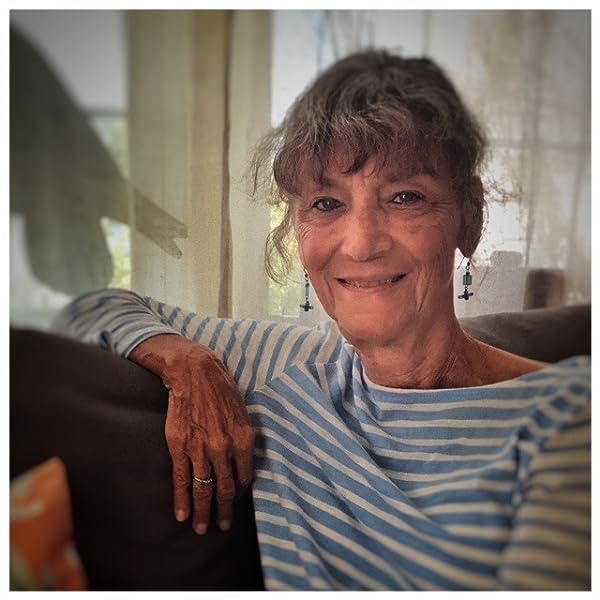 by Marcia Talley (Author)
4.0 out of 5 stars 9 ratings
See all formats and editions
Sorry, there was a problem loading this page. Try again.

Marcia Talley is the Agatha and Anthony award-winning author of eleven previous crime novels featuring survivor and sleuth, Hannah Ives. Her short stories appear in more than a dozen collections and have been reprinted in several of The Year's Finest Crime and Mystery Stories anthologies. She is a past President of Sisters in Crime, Inc. Marcia lives in Annapolis, MD, but spends the winter months aboard an antique sailboat in the Bahamas.
Start reading Dark Passage (The Hannah Ives Mysteries Book 12) on your Kindle in under a minute.

Marcia Talley is the Agatha and Anthony award-winning author of eighteen Hannah Ives mysteries, including DONE GONE and TANGLED ROOTS.

She is editor/author of NAKED CAME THE PHOENIX, a star-studded, tongue-in-cheek collaborative serial novel about murder in a fashionable health spa. A second collaboration, I’D KILL FOR THAT, is set in an upscale gated community.

Her short stories appear in more than a dozen collections including &quot;With Love, Marjorie Ann&quot; and &quot;Safety First,&quot; both Agatha award nominees, and the multi-award-winning “Too Many Cooks,” a humorous retelling of Shakespeare’s Macbeth from the viewpoint of the three witches, from MUCH ADO ABOUT MURDER, edited by Anne Perry. Her story “Driven to Distraction” won the Agatha Award, was nominated for an Anthony, and selected for reprint in two major collections including The Deadly Bride and 21 of the World’s Best Crime and Mystery Stories. Another story, “Can You Hear Me Now,” appeared in Two of the Deadliest: New Tales of Lust, Greed and Murder from Outstanding Women of Mystery, edited by Elizabeth George.

Marcia is a past national President of Sisters in Crime, Inc., serves on the board of the Mid-Atlantic Chapter of the Mystery Writers of America and is a member of the Authors’ Guild. Marcia and her husband, Barry, divide their time between Annapolis, Maryland and a quaint Loyalist cottage on Elbow Cay in the Bahamas.

Hannah Ives is a reluctant sleuth who lives on Prince George Street in Annapolis and solves mysteries wherever life leads her. In Daughter of Ashes, by Annapolis-based mystery writer Marcia Talley, Ives and husband, Paul, refurbish a cottage on the Eastern Shore, only to discover a mummified toddler in the chimney. That incident—coupled with a murder and near-murder—and Ives’ fortuitous work as a researcher of old, moldy, local land records, makes the mystery a page-turner, taking readers on a journey through Chesapeake Country, MD, with Big Chicken, the 1950s color line, and various cover-ups.

Talley has led Hannah Ives fans through 16 adventures, and counting. Her foray into mystery writing was a “shameless Nancy Drew/Hardy Boys rip-off” in eighth grade. Despite her English teacher’s admonition to “write what you know,” she didn’t let that stop her. She dove into Alfred Hitchcock films and kept writing crime fiction until full-time work and motherhood meant shelving the stories. Then a breast cancer diagnosis and subsequent treatment alerted her to things she needed to finish, including mysteries to be written.

An Oberlin College alumna, Talley majored in education. At the time, women were encouraged to have something to fall back on. She taught elementary and middle school until her first pregnancy; women had to stop teaching when the baby bump became apparent, and the tent dresses worked only for so long. Talley had to go on maternity leave three months before labor. During that time, she typed catalog cards for the Bryn Mawr School library in Baltimore, the same work she’d done in college to help pay tuition. That launched her into a career as the cataloger at St. John’s College after her husband, Barry, accepted a teaching job at the US Naval Academy and the family moved to the Annapolis area in 1971. More education—a master of library science at the University of Maryland—and a knack for programming led to work integrating computer systems for the US government.

Stints at Sewanee Writers’ Conference and Bread Loaf Writers’ Conference helped Talley develop her chops in storytelling—mysteries in particular. She entered her first work, Sing It to Her Bones, in an annual conference contest and was surprised when she won. Agents phoned, unsolicited, to represent her, and she got a three-book deal with Bantam Dell publishing.

Readers of mysteries enjoy the goosebumps, the waves of hope elicited by the protagonists, the hair-raising climaxes, and the releases that follow. But for mystery writers, the motivations may be different.

Says Talley, “I don’t have to tell you that the real world is a messy, violent, frequently unjust place. Mysteries can be a respite. In my fictional world, I call the shots. Justice is served and the villain suitably punished. I love the puzzle aspect of the mystery, planting clues and dropping red herrings. As for me, personally, there have been a lot of people in my life who needed to die. In a mystery, I can bump them off with a stroke of my pen, and it’s cheaper than a therapist. I find many literary ‘book club’ novels deeply depressing, and as for romance, well, I’ve met a lot of people I’ve wanted to kill, but very few that I’d want to sleep with.”

Protagonist Ives, whom Talley describes as “a bit like a superannuated Nancy Drew,” has some things in common with her creator. She, too, is a breast-cancer survivor who loves to sail and is married to a professor at the Naval Academy. “She’s funnier than I am, though,” says Talley, “and braver. Younger and prettier, too, although just as curious and fiercely independent.”

Talley writes first drafts in long hand, during which Ives offers wry comments on what’s going on around her. She edits her first drafts while typing them into the computer, then prints out the novel triple spaced and goes somewhere quiet for more editing, eventually sharing her revisions with her writing groups. The process takes about a year. She’s been with an Annapolis mystery critique group since 1996, which first met at “the late, much lamented Mystery Tales Bookshop in West Annapolis” and now at Barnes &amp; Noble, and also belongs to one in Hope Town, Bahamas, where she and her husband sail during the winter.

In the wake of her novels, Talley has left a trail of bodies, in Eastport and Ginger Cove, on the stage at Mahan Hall, on the DC Metro, one floating face down in the South River, and elsewhere. She aims for accuracy: “If someone tosses a bloody knife into a dumpster behind McGarvey’s Saloon, there’ll be a dumpster there.” One fan wrote to Talley that she took a tour of Annapolis, visiting all the local sites that Ives did. “Maybe I should produce an annotated tourist map?” she muses.

If only there were time. Once Talley finishes a book, she looks to TV and newspapers for potential future story hooks. Finding one, she asks, “How can I get Hannah believably involved in this?” Then she dives into research. For recently submitted work, she gets back suggested changes from editors, then copyeditors take a crack, followed by her own set of proofs. After publication, Talley supports the work with readings. She pays little attention to debates about formats—print or electronic. What’s most important is fair compensation and that people want to read what she writes. “We write the best novel we can, deliver it to our publishers, sit back, and go with the flow.” -- Leigh Glenn, UpstART Magazine, Fall 2018.

Intheamazone
4.0 out of 5 stars Cruise Takes Menacing Turn.....
Reviewed in the United Kingdom on 24 November 2019
Verified Purchase
A Hannah Ives mystery. Hannah, her sisters and niece set forth on a bonding cruise - a time for relaxation and recreation. Events, however, are soon to take a menacing turn. Engaging mystery with some dark and worrying themes, a credible cast of characters and a likeable protagonist in Hannah.
Read more
Report abuse

jr
1.0 out of 5 stars Predictable from the cover
Reviewed in the United States on 3 October 2021
Verified Purchase
Come on, a murder mystery? Obvious clue, red shoe and a magicians top hat on the cover....victim and murderer. Next clue, when Pia mentioned that the magician was not acting himself. I want a mystery where I at least have trouble figuring it out, not the cover picture telling the whole story. Sooo disappointed.
Read more
Report abuse

Annie Reader
5.0 out of 5 stars Bravo for Hannah Ives Mysteries
Reviewed in the United States on 31 January 2014
Verified Purchase
Marcia Talley's Hannah Ives Mysteries are the best! I've read every one of her books and I am never disappointed. As a breast cancer survivor, I initially identified with the main character, but now I would read these stories even if I had no connection to Hannah. I recommend this book to anyone who enjoys a good mystery with characters that are interesting and exciting.
Read more
Report abuse

Susan
4.0 out of 5 stars Death On A Cruise Ship
Reviewed in the United States on 8 August 2017
Verified Purchase
Fun story with a mystery on a cruise ship.
Read more
Report abuse